The guy that wrote the song wanted to record it with his hit band but was turned down flat. And the girl that sang it never liked her performance. Yet the public has spoken since when the song was released in 1967 and in the half-century since to make “Different Drum” by the Stone Poneys one of the most enduringly bittersweet hits to come from the year of the Summer of Love.

The writer was Michael Nesmith, a few years before he would become a member of the Monkees. He recorded it with his band the Greenbriar Boys, and it was that version of the song that caught the attention of Linda Ronstadt, then the singer for the Stone Poneys. Nesmith did try to make a Monkees hit out of it his well, but the producers who chose the band’s material shunned it. “Most of the songs I did write, they didn’t want, so on the last few albums I didn’t contribute much in the way of material,” Nesmith said in 1971. “I took them ‘Different Drum’ and they said all it needed was a hook. They asked me to change it and told me it was a stiff.”

The Stone Poneys, comprised of Ronstadt, Bobby Kimmel and Kenny Edwards, were looking for a hit when they took a shot at “Different Drum.” Only Kimmel and Edwards didn’t play at all on the track. Producer Nick Venet tapped into a sound that combined elements of folk rock and baroque pop, mixing acoustic guitar with strings and harpsichord, all handled by studio pros. In interviews after the fact, Ronstadt insisted that she botched the vocal because of her inexperience, which goes to show that sometimes the performer isn’t the best judge of the performance.

After all, the narrator in the song could come off as heartless in the wrong hands. This person is essentially kissing off someone devoted to them because they have their own wanderlust to satisfy. But Ronstadt’s vocal displays empathy for the person that she’s addressing, so that the audience ends up identifying with her desires instead of judging them.

Nesmith’s buoyant melody and clever wordplay does the rest. There are some unexpected rhymes here that lend the song a bit of whimsy (“knock it” and “market,” for example.) Notice too that the narrator doesn’t completely shun the possibility of settling down; it just won’t happen in that moment: “All I’m saying is I’m not ready/ For any person, place or thing/ To try and pull the reins in on me.”

In the final verse, the narrator claims that their decision is something that is best for the both of them: “I see no sense in this crying and grieving/ We’ll both live a lot longer/ If you live without me.” The way that Ronstadt sings it, it is clear that this was no easy decision and that it is one that is bound to cause her pain in the short run, even if it makes sense in the long haul.

When you hear someone these days talking about someone marching to the beat of a different drum, they are often referring to idiosyncrasies or quirks. But in the Stone Poneys’ “Different Drum,” rhythmic incongruity causes two lovers to walk away from something special rather than trample each other underfoot. 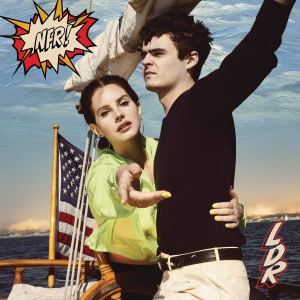 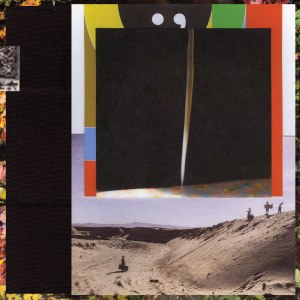