Kendall Street Company frontman Louis Smith seems relaxed as he calls from his backyard in Charlottesville, Virginia to discuss his jam alt-rock band’s latest album, The Stories We Write for Ourselves (due for release on October 23). He admits he’s a bit nervous as that release date approaches, though.

“It’s a little nerve-racking,” Smith says. “It’s something you’ve spent a lot of time on and put so much effort into – and still, as an artist, you’re saying, ‘Maybe it’s not done.’ But there’s a certain point at which you just have to let the world tell you what’s great about it or what’s wrong with it. We do the absolute best we can.”

Smith probably doesn’t need to fret too much: since the members first formed the band after meeting at the University of Virginia, Kendall Street Company have toured relentlessly since 2013, building up a loyal fanbase around the country. In this COVID-19 era, when they can’t play many shows, this release will likely satisfy listeners eager for their genre-defying, imaginative jams.

“I think this body of work almost harkens back to some of our roots,” Smith says. “It kind of feels in a way like [our] older songs that are more heavily songwriting influenced than jam influenced. I love jam music, but I also love things that are more songwriting intensive, and I’m really inspired by artists like the Avett Brothers, Bob Dylan, Joni Mitchell – these heavy-hitting songwriters.

Smith notes that some of the material on this new album was written as far back as 2016. Other songs are more recent, but all have a certain introspective vibe to them that comes from the way in which they were written. “This project has come along through many nights sitting in the room writing songs, and that’s where the name comes from: the stories we write for ourselves. They’re these introspective, sensitive songs,” Smith says.

The first single, “Lady in Green” came about when Smith decided to try to write a song like the Jimi Hendrix 1967 classic “Castles Made of Sand.” “That was almost [like] a template,” Smith says. “I had three different stories which were the verses, and then a chorus that connects all the stories together thematically. I set out to write a song like that because I thought that was such a cool way to write a song, these verses all about different things but yet they’re connected.”

The Stories We Write for Ourselves is actually Kendall Street Company’s second release this year – their EP Nautical Aquatical was actually released just this past summer. That EP also found the band tinkering with their musical style. “We decided, let’s write some nautical songs that were really fun to write and listen to and record,” Smith says. “It happened pretty quickly.”

Smith’s diverse songwriting abilities were influenced by a childhood in which he grew up hearing a wide cross-section of artists. “My parents listened to great music. They turned me on to The Beatles and Jimi Hendrix and the Rolling Stones – great bands, great songwriters. And so it’s always been something that inspires me.” At eleven years old, he began taking guitar lessons so he could play cover songs by the artists he admired.

When Smith went to the University of Virginia (UVA), he began taking his music much more seriously after he became friends with classmates who would become his bandmates in Kendall Street Company. Their shows quickly became popular enough that Smith, who had started out studying architecture and then physics, was finally encouraged to switch his major to music.

“The band was doing really well and was picking up steam,” Smith says of these early days with the band. “By my senior year, we were traveling up to Washington, DC and going to Richmond. The buzz at UVA was really strong.” They released their debut full-length album, Earth Turns, in 2016.

By the time the members graduated, Kendall Street Company was doing so well that they decided to pursue a band career full-time. “It just became a viable option that we all loved – our ideal situation. We get to play music for a living. And the songwriting is something that I’m just personally passionate about,” Smith says.

Smith has a theory about why Kendall Street Company’s music has clicked with people so strongly. “I think something really unique about this band is that we don’t really identify with any one genre. When people ask, we [say], ‘We’re a jam alt-rock band.’ But in our live sets and in a lot of our writing, we’re inspired by so much music. Everybody in the band listens to a lot of different kinds of music. It’s cool to be able to let those things out in the songwriting and in the live show.”

Beyond their adventurous musical approach, Smith also thinks that fans appreciate that the members themselves enjoy the shows so much. “We just like to have a lot of fun when we’re out there playing, and we don’t take ourselves too seriously – but we do take the music really seriously,” Smith says. “So I think that’s fun for people to see us up there having fun.”

Because of the pandemic, Kendall Street Company can’t tour the way they normally would to promote an album (though they do have a show coming up on October 31 at Chisholm Vineyards at Adventure Farm in Earlysville, Virginia). “We’re not playing too much, but we are working really hard to try to keep putting out content and keep connecting with people through this time,” Smith says. In the meantime, he hopes fans will find joy in The Stories We Write for Ourselves: “I think it’s an important time to be producing music and sharing it, for sure.” 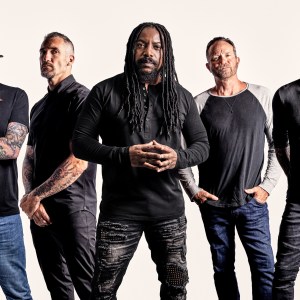 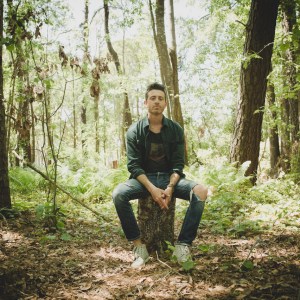