Jeff Tweedy knows how to spread himself around without spreading himself thin.

The man doesn’t just front Wilco, which, as everybody knows, “rose from the ashes of Uncle Tupelo.” He’s also a member of Golden Smog, Loose Fur, a solo artist of some renown, and the proud co-creator of two albums of unearthed Woody Guthrie songs. If you love Jeff Tweedy’s singing and songwriting, as we do, then you, my friend, are well compensated.

Join us as we count down the top 20 Jeff Tweedy songs of all time.

Starting with this one: 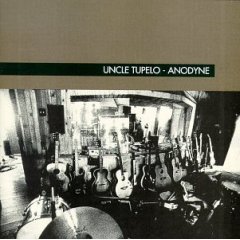 Key Lyric: “Come on and take the long cut, I think that’s what we need. We’ve been in a deep rut, and it’s been killing me.”

Jeff Tweedy doesn’t need a lot of words to paint a pretty picture. His early songwriting, on display on Uncle Tupelo’s four studio albums, is all about sparsity.

Butted up against the flowing poetry of Uncle Tupelo’s other songwriting member, Jay Farrar, Tweedy’s haiku-like lyrics somehow fit right in. Anodyne is the last album they’d record together before the bitter break up (Farrar went on to form Son Volt). Songs like “The Long Cut” provide some heavy duty foreshadowing. The title is a play on words –it could mean both the opposite of a short cut, and an extended version of a recording.