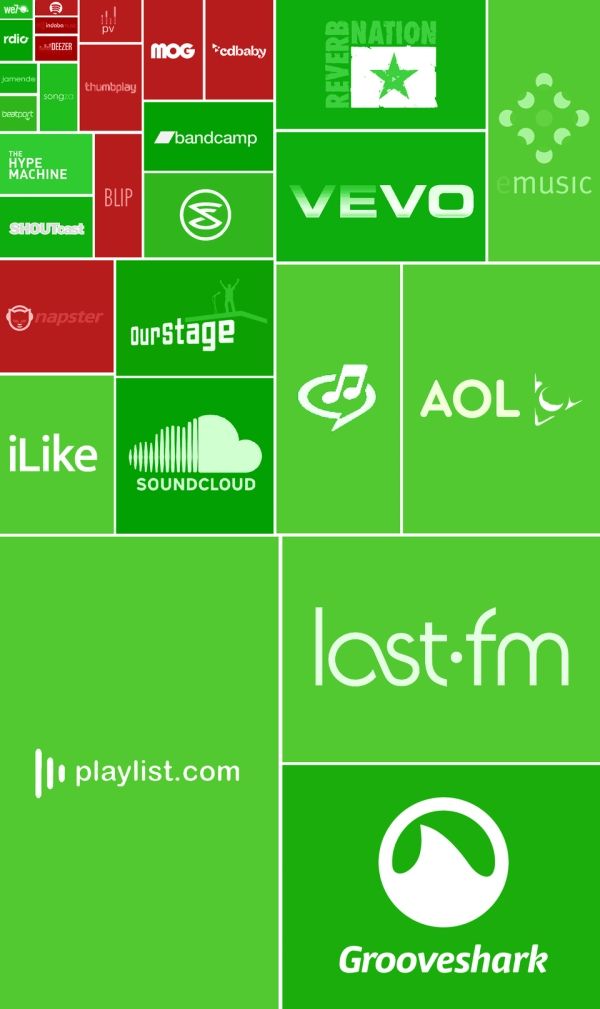 This is a section view of the map. To view the full map, click here.

Last week, VirtualMusic.tv, a “blogazine” about digital music culture, posted a music website heat map that shows the traffic, based on numbers from Compete, and trajectory of the top music consumption websites. Only sites that exceed 100,000 monthly visits in 2010 are mapped, while sites that had an increase in traffic are shown in green, while sites that decreased are shown in red.

The map’s author, Ryan Van Etten, in an analysis of the heat map, writes, “There’s a lot of green – as a whole music consumption on the web is clearly increasing.”

The map shows what many have thought for ages: that YouTube has become the most powerful tool for discovering and listening to music. YouTube Music accounts for only 31% of the site’s 1.2 billion total visits per month, but at 378,900,000 visits, it’s by far the largest slice of the pie. Another music video hub, Vevo, garnered 3.8 million visits in December 2010, a 211% growth on the year.

Interestingly, MySpace Music doesn’t make the list due to the fact that their metrics were too hard to accurately gauge, though Van Etten doubts they saw positive growth. iTunes is also un-quantifiable by Compete but Van Etten notes that both MySpace and iTunes would be roughly the size of Pandora, putting them in the top five music consumption sites.

Two sites that had banging years in 2010 were Bandcamp, with 378% yearly growth, and Soundcloud, with 851% growth. Both sites are clean and easy-to-use and are have been increasingly adopted by young musicians, indie bands, and electronic producers.

Emusic, despite losing an influential group of indie labels who walked out when eMusic re-launched their service in November, hung on in 2010 with 4 million visits per month, a 16% increase.

Surprisingly Rdio, the less than one-year-old streaming platform for web and mobile, has a much smaller market share than one might be inclined to believe based on the media hype for the site, which shares founders with Skype. Rdio has been garnering 255,000 visits per month since their launch last summer.

At the end of his article, Van Etten mentions a few side notes regarding the music media’s influence compared with the music consumption space. 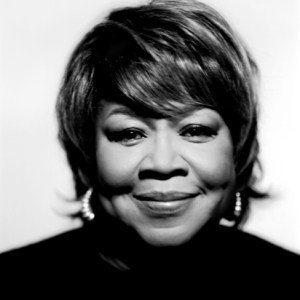 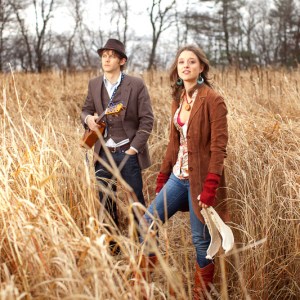