Justin Tranter’s list of songwriting credits seems almost impossible to believe. For nearly a decade now, Tranter has been pumping out hits for the likes of Imagine Dragons, Bebe Rexha, Selena Gomez, and far too many other chart staples to list in this intro. If you can think of a pop hit you’ve loved from 2013 on, there is a sizable chance that Tranter played a hand in its creation.

Ahead of taking the stage at the Uptown Theatre for the 15th annual Live in the Vineyard – hosted in Napa, California – Tranter sat down with American Songwriter to discuss their songwriting process and the “magical” feeling of striking gold in a session. Find the perpetual hitmaker’s advice and hard-won wisdom below.

Justin Tranter: I wrote my first song at 15 years old. I was a big musical theatre kid and there was a huge resurgence of female singer-songwriters in the ’90s – Sarah McLaughlin, Tori Amos, Paula Cole, Courtney Love. I started writing songs because I wanted to be like those amazing women.

AS: How do you approach tapping into someone else’s story during a writing session?

JT: I was lucky because once I started writing for other people, I never wrote a song for myself ever again. I think that’s a great way to do it – a clean-cut. It’s so freeing because it’s not about you anymore. It’s about helping somebody else tell their story. I was so grateful for my band. Our fans were so beautiful and passionate but, I had to think about “how am I going to look on stage when I sing this?” or “how is the video going to be?” Now, it’s just about making the best song ever. It’s a beautiful way to approach it.

AS: Can you feel when a song is going to be a hit during a writing session or does it constantly surprise you which songs take off?

JT: You can never know if a song can be a hit. It involves so many factors – Did they pick it as a single? Did they market it right? Is the label going to give it time to grow? But, you can definitely know when it feels special. You get a rush in the room. You get this magical feeling. It’s the same feeling that I used to get while on stage.

AS: Are you someone who has a very concerted writing process? Or are you constantly jotting down ideas and creating more sporadically?

JT: I used to jot things down all the time. When I first started, I’d have 30 ideas ready to go for every session. But then when I learned that it wasn’t about me, I started getting ideas from the artist’s life. A lot of the time, the artist or co-writers I’m working with are younger than I am. Young people feel things so much more passionately. The older you get, hopefully, the calmer you get – the more perspective you have. I look to the young people that I’m working with and grab ideas from their stories because it’s going to be so much more visceral.

AS: What is the advice you would give to songwriters just starting out?

JT: Collaborate as much as possible. Even if you decide that you hate co-writing, you will learn so much about yourself as a songwriter. You’ll learn about your strengths and your weaknesses. You’ll learn a lot about yourself as a person because you have to be so f***ing vulnerable. To do that in front of another human being is such a rewarding experience. Like I said before, even if you decide that you never want to do it again, force yourself to do 10 co-writes before you quit. You’ll learn so much and, odds are, you’ll probably love it once you find the right co-writer.

AS: Do you have a favorite moment from a particular writing session?

JT: I do. I was writing with Dan Reynolds from Imagine Dragons. We had just met and there was someone who was working in the studio who said some really awful, homophobic, racist, and misogynistic things – a string of bulls***. I, of course, pushed back being the person that I am, and tried to navigate the conversation with as much dignity as possible. It definitely got heated. When we left the common space in the studio, Dan was like “I should probably tell that person that they are not allowed to be in here while we’re here.” I thought that would be the right thing to do. Then we wrote “Believer.” It’s Imagine Dragons’ biggest song and my biggest song. Most people think he’s singing “hey, you made me a believer” but the line is actually “pain, you made me a believer.” It birthed this amazing relationship between me and that band and it came from this moment of both of us trying to be better people. 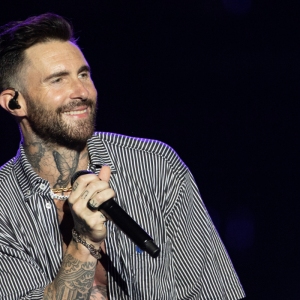 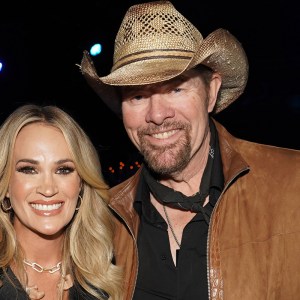