To start with, Linda Perry on her own is a legend.

From her early days with 4 Non Blondes, penning their 1992 hit “What’s Up?” to her later career as a celebrated songwriter known for Christina Aguilera’s “Beautiful,” Pink’s “Get the Party Started” and more, she and her palpable influence on the pop sound have earned the “legendary” title.

Through it all, Perry has become well-versed in the various skills necessary to bring a creative project to life—now, she’s teaming up with other legendary artists to start sharing some of that knowledge with the world. Premiering today (October 29), Perry is the host of The Art Of… a new show on American Songwriter’s Twitch channel that will feature in-depth conversations and exclusive performances from some of the greatest music-makers on the planet.

The Art Of… is an hour-long interview show that’ll broadcast directly to Twitch. Featuring candid conversations with artists, producers, engineers, mixers, mastering experts, background singers, and more, each episode will explore different facets of the music industry, diving into songwriting, recording, business, and giving back to the community as four distinct practices for artists. It’ll also lean into the “live” element by allowing folks to send in their own questions from home mid-broadcast for a live Q&A.

The very first episode of the series will go live at 12 p.m. ET / 9 a.m. PT on Friday (click HERE to tune in)—Perry’s guest is Justin Tranter, who has writing credits on DNCE’s “Cake By The Ocean,” Justin Bieber’s “Sorry,” Selena Gomez’s “Lose You to Love Me” and more.

“Justin Tranter is a creative, thoughtful, and gifted songwriter,” Perry said. “I buy what he sells and, on top of that, he’s a great humanitarian fighting the good fight. We’re gonna dive into the art of songwriting, from past to present. This will be an informative conversation. I’m really hoping that this provides value to the new generation of kids trying to navigate through this ever-changing business.”

Tranter explained just how big of an influence Perry herself has had on his career and artistry. “She’s been a hero of mine for a very long time,” he said. “Obviously, the music is the main reason I worship, but to be able to see a brilliant human go from rock star to hitmaker, all while being proudly queer showed me that I could do all those things too. I am beyond honored to chat with the queen on the debut episode of her new show!”

With episodes set to drop once a month, Tranter’s appearance is just the beginning—be sure to follow American Songwriter on Twitch to stay up-to-date with upcoming broadcasts and click HERE to check out previous episodes of Off The Record Live and The Grind. 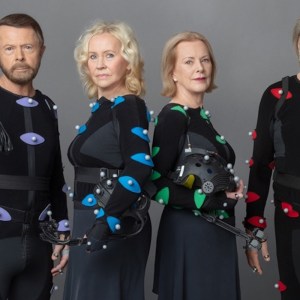 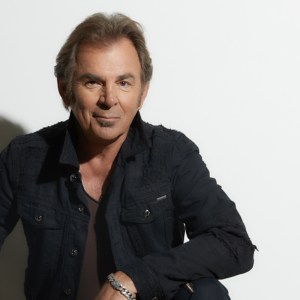