When Maroon 5 rose to fame in 2002, the band was seemingly everywhere.

But the group started earlier, prior to the turn of the most recent century. Indeed, fronted by falsetto crooner Adam Levine, the group put in the work, touring and writing, and refining, before their debut LP, Songs About Jane, hit shelves.

Today, the band has lasted some two decades with pop hits, reinventions, major features, and the growth of Levine’s star (recent drama notwithstanding).

Part of the pop-rock band’s origin story has to do with another group (or, at least, another group name) altogether. Maroon 5 original members, including Levine, originally came together in a group known then as Kara’s Flowers in 1994, while they were still in high school. In 2001, the group changed its name to Maroon 5.

Ever since that moniker switch, the Los Angeles-born band has been well-known around the globe. Here, below, we will dive into Maroon 5’s Top 10 songs.

In 2003, Maroon 5 released an acoustic concert comprised of seven songs. One of the emotive standouts from the album was this percussive rendition of the band’s Songs About Jane hits, “Harder To Breathe.” It’s a punch to the eardrums and a handful of sonic electricity to the imagination.

Maybe the band’s biggest hit is the electric-guitar-driven, riffy single, “This Love.” It is another off Songs About Jane, an album that rocketed the group to instant fame and appeal. Levine sings about love—perhaps his most fruitful topic—and the song lives like candy in your heart.

While the artist formerly known as Kanye West is certainly experiencing an epic downfall of late, when the Chicago-born musician rose to fame in the late ’90s and early 2000s, his star was as hot as any. So, combined with that of Maroon 5’s, this remix of “This Love” slapped, even before the term became popular. Bouncy, featuring a choir and Miri Ben-Ari on violin, this track is a classic—even if it’s not that well known.

Featuring pop goddess Christina Aguilera, this song was a huge hit. You know you’ve achieved something when a phrase you’ve introduced becomes part of the lexicon. Everywhere people were talking about “moves like Jagger,” a reference to the hip-shaking frontman of the Rolling Stones. Check out this pop cherry bomb below.

Another standout from Songs About Jane, “She Will Be Loved” was a down-tempo offering from the electric rock group. Here, Levine tells the story of distance and love. Desire and remorse. I don’t mind spending every day out on your corner in the pouring rain! Whose heart hasn’t skipped a beat hearing that line?

While many of the songs above have earned millions or even billions of plays during their music lives, the 2003 track “Sunday Morning” might truly be the most ubiquitous. It’s a song fit for all ages. It’s got a jazzy feel and adult contemporary delivery in the best of days. Enjoy it—yes—on your next cozy Sunday morning.

Featuring the rapper of all rappers, Kendrick Lamar, this song is as sticky as a pack of gum.

Howard Stern has a knack for bringing out excellent performances, especially so acoustic, on his radio show. Here, he did just that with Levine and guitarist James Valentine as the two played the “raw” Maroon 5 song “Memories,” which, Levine said, is both “for everyone” and inspired by the death of the band’s late manager. This song is about loss and celebration.

For a band that knows how to write and perform songs that stick to your pop-loving ribs, this sweet song “Sugar” does that with verve and vigor. It’s a disco song wrapped in a rock hit. Check out the 2015 song and marital music video below.

This song is for anyone who just wants to shake their stuff and run around their apartment indiscriminately. Let your hair out like shockwaves, let your hands wiggle and wobble. This song, despite its forlorn title, rattles bones. 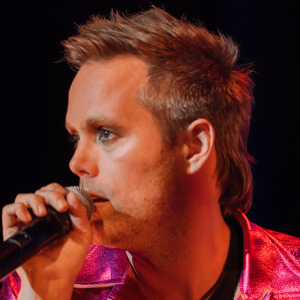