With six songs in the Top 20 simultaneously, Ben Johnson is feeling very blessed.

The Mississippi native has written for artists such as Charlie Puth, Lee Brice, Thomas Rhett, Kane Brown, and Justin Timberlake to name a few. Those six songs in the Top 20 include “Beers On Me” by Dierks Bentley Ft. Hardy & Breland,  “Holy Water” by Michael Ray, “Give Heaven Some Hell” by Hardy, “New Truck” by Dylan Scott, “Best Thing Since Backroads” by Jake Owen, “Take My Name” by Parmalee and “11 Beers” by The Recklaws feat Jake Owen.

“I feel very blessed,” Johnson tells American Songwriter. “None of those songs have only my name on them, and I am very aware that I am blessed to work with some incredibly talented individuals who see enough in me to want to work together. Right now with so many songs having a run is definitely surreal.”

Johnson may be having a run on the charts, but that’s not all. In addition to his writing credits, he formed a band, Track 45, with his siblings Jenna and KK. The group released their first-ever EP, Small Town, in 2020 and followed it up with a second EP, Big Dreams, in 2021.

“I moved to Nashville with my sisters for our band, TRACK45, and that’s still where my main focus is, so it’s very cool that this whole other dream of writing songs for other people has even materialized,” Johnson says. “We’re from a small town in Mississippi called Meridian and we actually lived there our entire lives until we moved up to Nashville to chase our dream when KK was 15.”

Track 45 is currently on the road opening select dates for Shy Carter. With his band gaining ground and his songwriting career in full swing, we sat down with Johnson to talk about the art of making music.

Ben Johnson: Well my grandma started giving me piano lessons when I was six years old. Around seven, I started playing the pieces differently than they were written. She’d get on to me, but I’d tell her that Beethoven or Mozart or whoever had got it wrong and that it sounded better with my changes. I got really into the Beatles around 13 and that was a big eye-opener, learning about how they wrote all those classic songs. But also being from Meridian, Mississippi and that being the home of the “Father of Country Music,” Jimmy Rodgers, had a huge impact on me and on what I thought was possible being from a small town.

AS: Can you share your songwriting process? (Do you have a specific formula)?

BJ: I don’t have a specific formula, but I do usually try to identify what the room needs from me in a co-writing scenario, and I try to be ready with ideas, melody, lyrics, or production to help get a song across the finish line.

AS: What comes first the music or lyrics?

BJ: I’d say neither and go with the concept. What’s the hook, what’s the overall thesis that’s going to want to make someone listen to the song not one time but over and over.

AS: What’s the hardest part about writing songs?

BJ: That period of time between when you finish it and when you find out if people like it. It usually takes at least a year from when you write it to when it becomes a hit or even cut and released sometimes, so the hardest part is not judging yourself at the end of the date of creation because the payoff on a song is very removed from when the actual work of writing it is done.

AS: How do you find inspiration when working to a deadline?

BJ: I try to put my head down and just put in the work every day. I’ve found that inspiration can come when I’m relaxed, and I’m truly more at ease when I feel like I’m being productive and proactive for my career and staying on a pretty regimented schedule.

AS: What is it that makes a good song?

BJ: That’s the kind of question where you ask 10 people and you get 10 different answers. I will say the biggest difference I’ve seen in people’s careers is when you stop getting good songs and start getting great songs. Bobby Pinson says, ‘the difference between good and great is good doesn’t know the difference.’ Also melody.

AS: When you’re writing a song, are you focused on it being a “hit” song and creating something people really want to listen to, or are you more focused on the content and how it makes you feel and how it might make someone else feel?

BJ: I just focus on making something that inspires me but also my taste has always been pretty in line with “hits” I guess. I definitely want to create something that as many people as possible can relate to and make them feel something.

AS: What tips do you have for aspiring songwriters?

If you don’t love the process, you’ll burn out really quickly. Be happy for others’ success, and don’t get discouraged when you aren’t moving at the same pace as someone else. 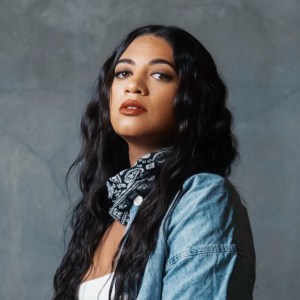 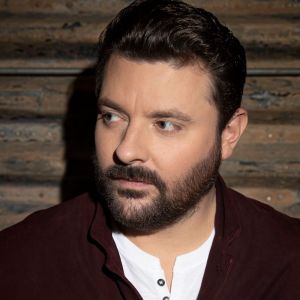