Tell John Linnell of They Might Be Giants that you’re extremely impressed that the tour he and his bandmate John Flansburgh have recently undertaken is mostly sold out and he’ll come back with a typically modest response. “I think the whole thing with selling out is you filled up the room and that means people like you, but the other thing to bear in mind is it’s just a function of the size of the room,” Linnell says with deadpan wryness.

It’s just what you could expect from one of the chief architects of a band that has always seemed to be coming at the pop and rock landscape from a completely unique point of view. 30 years ago, They Might Be Giants unleashed Flood, an album full of fragments, non-sequiturs, bizarre characters, lots of accordion, and undeniable catchiness. The result was a million albums sold and a record that still intrigues, mystifies and enchants listeners today. In fact, Linnell and Flansburgh are playing the album in full on the aforementioned tour.

Linnell talked to American Songwriter about the album’s legacy and admitted it was hard to wrap his head around the fact that 30 years had passed. “Clearly, we were much younger people,” he says. “I can tell by listening to Flood, that we were much more brash and heedless in the type of decisions that we made when we were recording that one. And everything seemed kind of new. A lot of the ideas we were having had this freshness to them. I guess we’re a little more formal in our approach now than we were then.”

For those new to the TMBG phenomenon, a quick refresher course: Linnell and Flansburgh brought similarly offbeat outlooks to their circle of friends in Brooklyn and thought that, in joining up, they could produce music that would rope in other like-minded folks. “I think we had this feeling like we had this shared sensibility with other people we knew,” Linnell remembers. “We had other friends who were funny, interesting, thoughtful, had offbeat takes on things. Among that crowd, John and I looked at each other and thought, ‘We could write songs together and it would be true to this sort of sense that we have of what’s interesting and what’s true and what we think about the world.”

Their first two albums, 1986’s They Might Be Giants and 1988’s Lincoln, were released on small labels and contained the aesthetic of throwing a lot of short, satirical songs at the wall to see what sticks, an aesthetic that the band still cultivates today. Singles “Don’t Let’s Start” and “Ana Ng” found an audience thanks to forward-thinking college radio prgrammers, paving the way for the band to be signed to Elektra Records.

“In one respect, it was unusual in that we were now preparing a record for a major label,” Linnell remembers of the run-up to Flood. “There was this feeling of ‘We don’t know what’s going to happen.’ And as it turned out, it was a dovetailing of that we had organized our ideas in a way that was more coherent, something that would click with a lot more people, and that we had this enormous corporate entity pushing us. Those two things together meant that everything was a bigger deal. And this came on the heels of our second album that had been a big hit on college radio. It had exceeded expectations. All the ducks were in a row for Flood to have a bigger impact.”

Elektra asked the band to work with respected producers Alan Winstanley and Clive Langer, which worried them a bit. “We had made a couple albums and had established a period where we were just getting to call all the shots,” Linnell explains. “We were very used to that. We got Langer and Winstanley on the basis of we still wanted to do the completely indefensible things that we had been doing. We didn’t want to have to have rationales for each decision. We just wanted to continue to be intuitive and possibly wrong.”

The forced recording marriage worked well; the Johns (as the fans often shorthand Linnell and Flansburgh) would actually work again with Langer and Winstanley down the road. But They Might Be Giants didn’t deviate from their tried-and-true formula on Flood, a decision that helped ensure the continued success they’ve enjoyed since that breakthrough.

“We were just being who we were,” Linnell says of the band’s approach. “We knew we couldn’t be U2, that was not going to work. Nobody would have been fooled. And also, we wouldn’t have liked ourselves if were trying to be sounding more like stuff that was on the radio. To some extent we were trying to do something commercial. We wanted people to like it. But we were never very gifted at knowing what the contemporary sound was or just fully committing to it in a way that didn’t seem phony.

“We realized that to some extent we had to do our own thing and hope that people like it. We knew that if we were successful at something that wasn’t us, or seemed borrowed, we would have been miserable. And if we failed at doing the exact thing that we liked doing that would be a better outcome. So we opted for the second thing, and then, luckily, we’ve had a lot of longevity. We’ve been able to keep doing this, and part of the reason was that we didn’t sound dated. We didn’t sound like the contemporary thing.”

Oddly enough, one of the songs that did break through to a wider audience was a cover of an obscure 50s novelty called “Istanbul (Not Constantinople),” which, in the hands of TMBG, sounded somewhere between a sea chantey and a polka. “By the time the record is finished, we usually know which one we should push,” Linnell explains. “I think it’s sort of obvious which is the poppy one. But I suppose in a way that ‘Istanbul’ was a surprise in that it probably didn’t seem like an obvious one that people would identify with us years later. It was anti-zeitgeist in a way. It didn’t seem like a contemporary song.”

Listeners also found meaning in songs like “Birdhouse In Your Soul” and “Particle Man,” despite somewhat baffling lyrics. “I think that’s a nice thing to strive for, for people to have their own personal sense of what it is, and not have it be obvious, universal sentiment,” Linnell says of this phenomenon. “Something like you have your own relationship to the song. It’s not something that you can guarantee. I suppose it’s that we have that relationship to the music.”

“There’s a sense of you write some lyric and you don’t quite know why you like it. Maybe the value of it is that it can’t be expressed in some other way. It appears to mean something but you can’t necessarily nail it down. Other people might actually feel the same way about it. They hear it and they say, ‘I don’t know why I like this but it has some sort of personal meaning.’ It’s a weird, hard lightning bug to put in a jar.”

Flood also featured the band’s trademark use of bite-sized song lengths, something Linnell says originated from something he and Flansburgh loved in their youth. “There was a type of TV commercial that was an ad for collections of music that we both were very in thrall to when we were kids, which were those K-Tel records, where all you’d hear was just a little bit of the chorus. And you never hear the rest of the song, because you’d only ever hear the ad for the song. But you started to get the sense that, well, maybe that’s the whole thing. That’s it and that’s all you get. It’s still music.”

Outlier though it may have been, Flood clearly struck a chord with those who were little bored with the musical status quo and appreciated the craft of the album as much as the quirks. Linnell says he and Flansburgh were surprised by the outcome. “We really didn’t know what to expect. I felt like we snuck in the back door. We didn’t know that there was such a thing as college radio. So that was just pure luck that we managed to exploit that avenue.”

“We snuck onto MTV. The other stuff that was getting played was much more corporate and obvious and looked a lot more bulletproof than what we were doing. Which maybe worked to our advantage as well. We were such weirdos that people noticed it when it was being played alongside Whitesnake and everything else.”

And now, 30 years later, They Might Be Giants will be playing Flood start to finish in front of packed houses. Yet Linnell couldn’t resist getting in one more self-deprecating quip when talking about the audience’s enthusiastic reaction on the current tour.

“Part of it is where we’re standing on stage. The first three rows of people are the complete weirdos who are really, really excited to be there. That’s who we get to stare at when we’re performing. And then as you go to the back of the room, there are probably people there who got dragged there by their boyfriend. We’re trying to connect to them as well.” 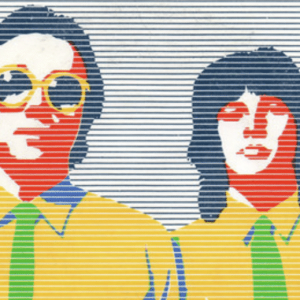 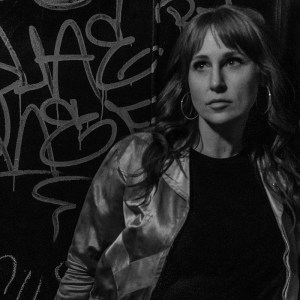