Chris Kroeze needed an outlet. He was a self-proclaimed “hyperactive kid” whose parents just wanted him to focus on something. And because his father always played the guitar, Kroeze was handed his own guitar: “They bought me a little guitar from Sears or something when I was six years old for my birthday. My dad put little stickers on the fretboard—where my fingers would go—showed me a few chords, and I just latched on to it,” Kroeze tells American Songwriter.

Years later, it’s clear that the guitar didn’t merely solve Kroeze’s abundance of energy but jumped in the passenger seat of his life. He started playing at bars during college and reached the point where he was playing 250 shows a year for seven years. Finally, he caught a bigger break when he was invited to join the 15th season of The Voice where Blake Shelton took Kroeze under his wing as a mentee.

But that’s not even the best part of Kroeze’s story, not yet. Today, Kroeze is exclusively premiering his new single “Tie a Knot” on American Songwriter before it officially debuts tomorrow. The track was pitched to Kroeze by Combustion Music and written by Jameson Rogers, Hillary Lindsey and Jake Mitchell.

The single is unmistakably raw and melancholic (or as Kroeze dubbed it “moody”), and the singer’s passion seeps into each chord and verse. The artist also explained that he was instantly drawn to “Tie a Knot,” and inspired to make it his own.

“When I get pitched a song, I’ll sit and listen to it 15 times. And [‘Tie a Knot’] just gave me goosebumps,” Kroeze shares. “It felt like everyone had to find their own way to tie that knot. And for me, it was adapting to the situation… and doing everything we can rather than sitting back and letting it all burn. So yeah, it definitely clicked with me right away.”

Kroeze avoided demo-itis by striping the demo down and adding in the acoustic guitar along with different vocal inflections to display the emotion behind the lyrics—he committed himself to subtle vocal gymnastics. “For me, my favorite songs sound great with a full band on a record, but they sound just as good with an acoustic guitar by the fire. That’s a big thing for me because I do perform a lot by myself, and so everything I record I need to make sure that it’s gonna work in an acoustic setting as well. And this one really did,” Kroeze said.

“Tie a Knot” is stamped with Kroeze’s signature, but its reach stretches past Kroeze’s own creative processes. It’s a song that you want to play on a sweet summer afternoon or a hazy winter morning. Growing up and living in a small town in Wisconsin, one can’t help but admire his homegrown authenticity.

“I don’t know if you’ve ever been to the Great Lakes up here,” Kroeze says, “but there’s just a certain kind of energy up in the super far north where you know you’re away from everything. You’ve got these Great Lakes and water and massive forests and [‘Tie a Knot’] is that to me. If you were in a bad mood and you just hopped in your car and took a drive, I feel like it’s a good soundtrack for that.”

Overall, “Tie a Knot” is a track that will tie up all of your blues in its sweet melodies. Be sure to check out Kroeze’s other two recent tracks “Summer Song” and “Same Ole” before his full album drops.

Check out the exclusive premiere of “Tie a Knot” here or pre-save here. 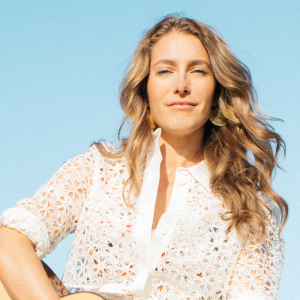 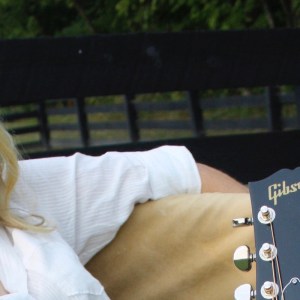