Will Hoge is a resilient rocker. An effusive artist, he’s released a steady stream of exceptional albums that succeed in rousing the masses and affirming a certain populist appeal. He’s had both successes and setbacks — the former being the various albums that have made him a chart contender and garnered him nods from the Country Music Association nomination and the Academy of Country Music. It’s also brought him a Grammy nomination for “Country Song of the Year” for “Even If It Breaks Your Heart,” a song that went to number one on the county charts when covered by the Eli Young Band.  However, the challenges he faced after a 2008 motorcycle accident and during the year it took him to fully heal necessitated him putting his career on hold so that he could regroup and recover from his injuries.

Hoge’s new album, Tiny Little Movies, follows on the heals of My American Dream, an album filled with outspoken diatribes that found him pontificating about his dissatisfaction with the way the nation had become fractionalized, divided and disrupted. In contrast, his new set of songs finds him taking a more introspective view of his life and its legacy. Not that the new record doesn’t still ring with resolve. Songs such as “Midway Motel” and “All The Pretty Horses” maintain an anthemic approach that’s further bolstered by the rocksteady determination of “The Overthrow” and “Maybe This Is OK,” songs that seem to have foretold the struggles that are finally surfacing now.

“Everything was written over the last year or so for this record,” Hoge recalls. “It was an interesting mix coming off the last record which was really focused thematically with social and political commentary. For me, I wanted to put together a batch of songs that was broader than that. I’m in a really interesting space in my life, as an artist, as a husband and a dad. I don’t think I realized how unsettled I was for a long time. Through the course of this record, there was a realization of accepting who I am and where I am in my life. In this business there’s always the idea you have to be bigger and better, and so with this, for me, it goes a little deeper emotionally with the songs and the stories.

Indeed, Tiny Little Movies also encapsulates the changes that Hoge has embraced over the past 15 years, a period that found him making a transition in his life from being a working musician to being a dedicated husband and father.

“It had to do with that in a lot ways,” Hoge reflects. “My son just turned 13. Two years before he was born, I was single, I was playing in a rock and roll band, and always on tour. It was always about me. But in that 15 years’ time, I met my wife, we got pregnant out of wedlock, had a kid, had to deal with all the things that go along with that. We had to get her through college, we had a kid, I got nominated for a Grammy, we had another kid, she went on to grad school, there were illnesses… there things in the last 15 years that people deal with over a lifetime. So for me, even with good things happening, there was this feeling that something’s gonna go wrong. Something’s bound to fall apart. You catch yourself not even being able to enjoy the good things that come along. So that’s a big part of this… thinking about what else I can do that I have not done before. I have to do all these things.”

As Hoge sees it, that’s the challenge he faces at this stage of his life and. His perspective — as reflected in the titles of such songs as “Even the River Runs Out of This Town,” “Con Man Blues,” “Is This All You Wanted Me For” and “The Curse” — has found him thinking about his life and career in a markedly different way than he did before.

“When you’re young, you’re competing against a whole field of people,” he reckons “Your peers, people you know who are successful. And that’s one of the things I learned over this period, the real commercial success that came with winning all those awards. “It took me behind the curtain a lot. I was dealing with people who were incredibly commercially successful. Someone who’s selling 12,000 tickets a nights is still looking at someone who’s selling 18,000 tickets a night. It was really eye-opening for me. I realized that if I don’t get my house in order, there’s never going to be any satisfaction.  Did that mean selling more than 250 tickets a night? Of course. But I can’t overthink those things. I can only try to make great records and play great shows and try my best to enjoy that.”

As Hoge explains, his whole dynamic has changed, especially as far as his ongoing efforts are concerned. “When you close that chapter of the book, it becomes a bit more about topping yourself and thinking about success in other ways,” he suggests. “It’s not thinking about the numbers, but rather simply putting those things away, and thinking about the success that you need to continue working at this and doing it for a living. That’s the kind of success I was aiming for. The success in making the kind of records I wanted to make, and do the kind of things I wanted to do and do them the way I wanted to do it. So then it does become about how you top yourself and what you want from this particular record. What I want from this record is very different from what I wanted from my previous records.”

Naturally, the pandemic impacted his MO. There won’t be any touring behind the new album, at least for the immediate future. Nevertheless, after much discussion, Hoge made the difficult decision to persevere and release the new record.

“We had conversations when all this started,” he reflects. “Do we even attempt to put out music now? We considered not putting this record out. Maybe waiting a year. My wife and my kids and I have been really diligent about staying home and so we spent a lot of time listening to music again, especially in a way that I haven’t in a long time. In just talking to the band and this trusted group of fans, everyone seemed to be hungry for new music. I think it can be cathartic for people, maybe therapeutic, and so now, you can spend time with a record and discover things that you love about it. I hope that can be beneficial for people in a very real way.” 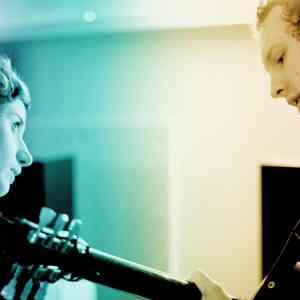 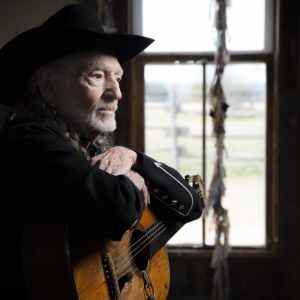