By 2019, it was evident that there would be a new Toad the Wet Sprocket’s album. As frontman Glen Phillips was toiling with what he thought was new solo material, something wasn’t sticking. What he had was a Toad record. “We’d taken a long break from recording together,” says Phillips, “and it felt like we had the right songs and the right energy again.”

Recording by late January and early Feb of 2020, laying down drums and getting the basic tracks lined up, just as the band was about to go deeper into their seventh album Starting Now (The SRG/ILS Group), and first in eight years since New Constellation, everything shut down around the pandemic, forcing the band to continue work on the album via transferred email files.

Songs were all over the place, some written years earlier, while others addressed more personal uncertainties and hitting the restart button, in life. Throughout, Starting Now is netted around hope with title track cutting into the theme of facing an unforeseen future, while finding center in the present,” through “The Best of Me,” Phillips’ love song to his girlfriend featuring guest vocals by Michael McDonald. “His voice gets to stand on its own because it takes up such a beautiful particular space,” says Phillips. “He [McDonald] sent over all these tracks, we just lost our shit. I love it.”

An earlier track Phillips began writing several years ago, “Hold On” initially addressed the former administration’s borders policy, then transitioned into something broader, while “Truth,” fleshed out around a quote from Frederick Douglass, “Truth is proper and beautiful at all times, in all places.”

“We’ve all been through a crazy couple of years and I wanted to take a deeper look at what it’s like to be thrown far off-center and find a new way of living on the other side,” shares Phillips. “How do we not just survive but actually ground ourselves in such unusual times?”

As he was pulling together Starting Now, Phillips was also coping with bigger life changes, the end of his 23-year marriage, and his kids leaving home, all shifts he says transformed his relationship to songwriting.

“I don’t write songs,” says Phillips. “I write from where I am if that makes sense. I write some songs as letters from my future better self to my current self, hoping to increase my chances for happiness, so this is my therapy. Even when it may read like I’m being didactic, I try to avoid that line of ‘be like me, and then you’ll be happy.’”

He adds, “For me, it’s much more a matter of like, ‘I am trying to find my way in the wilderness, and I need all the help I can get, so the songs are my own bread crumbs for the things that I know to be true but often forget, and in that realm, it’s about leaning towards hope.”

Over time, there’s less of the ego of youth, says Phillips, that everything you create is worth hearing, or that “faking it” is good enough. “I went really low during the divorce and had to have a personal spiritual reckoning and find my way back to purpose,” he says. “I’m not a deist, per se, but I had to redefine this as spiritual work for myself. I just write what I write. If people get it, that’s fine.”

Over time, Phillips says his focus transferred toward writing songs that serve as tools for people and references his 2016 solo album Swallowed by the New as a collection of songs centered around grief—loss of a loved one or a life they once knew. Other elements of Phillips’ spiritual shift are a deeper practice of yoga and being in the present moment, and the community singing circles Phillips has been holding throughout the past five years at a non-denominational church in California.

“I found my purpose in music again,” shares Phillips. “A big part of it was leading these circles, and providing a place where people who’d wanted a spiritual outlet and maybe didn’t have one or grew up in a religion that was so dogmatic that they were scarred from it. Doing that kind of work brought me into a different place with what songwriting means, so there’s a little less fluff now and a little more purpose.”

Writing is also part of this escapism and therapy. “It allows us to escape those circular thoughts and go to someplace that’s more relaxed so that when we step back into the things we need to pay attention to, we could do it with a little more wisdom and a little more objectivity, and a little less mental and emotional tension,” says Phillips.

“‘Starting Now is about that,” he adds. “Living in regret is just as bad as living in worry of the future… and I’m mostly pinned between the two.”

Reflecting on 35 years with Toad the Wet Sprocket, Phillips says it’s complicated—really complicated. There are familial aspects to the band, but they’re not ones who go on vacation together when the tour is over.

“In some ways, our distance is probably what helped our longevity,” he says, “This year, I think I gave the other band members credit for their evolution, where I may be locked in at times being careful and holding myself in reserve because I’m expecting people to act like they did 15 years ago.”

There’s a slow thawing around the making of Starting Now, in a sense a new beginning for Toad the Wet Sprocket. Starting Now also marks the first album for Toad without their original drummer Randy Guss since the band’s 1989 debut Bread & Circus. Guss parted ways in 2020 and was replaced by Josh Daubin, who had worked with the band on previous tours. “We were with someone new, and so that’s a huge shift and changing of the chemistry as a band that been together for 35 years,” shares Phillips. “A lot of the relationships are more familial, so it really shifted those dynamics, and I think it gave us a chance to relearn how we treat each other.”

Phillips adds, “We intended to be a band that would tell each other when things weren’t going well but not when things were going well, and I think we’re getting better at affirmation, or just being kind to each other, so, it gave us the opportunity for a lot of growth.

“These relationships are so old,” he says. “We met in high school, and we’re really different people. The difficulty I think really comes when you expect other people to be something they aren’t.”

Still so proud of where Toad is now, Phillips is in a space of renewal… and everything is starting over.

“I tend to focus more on regrets, times where if I’d known then what I know now, or if I were grateful, or shown up more, or been more understanding, things would have gone better,” says Phillips. “There’s a fine line between regret and just learning. It’s such a strange life.” 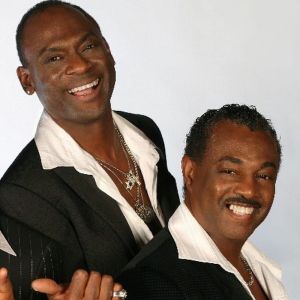 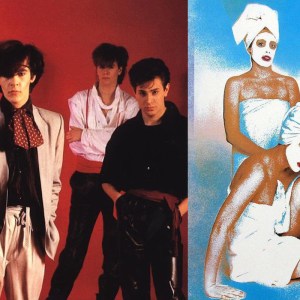