Search
Cart 0
Menu
This is an undated photograph of folk singer Woody Guthrie, singing a song and playing his guitar. Guthrie has written hundreds of songs, celebrating migrant workers, pacifists, and underdogs. Two of his well-known songs are "So Long, It's Been Good to Know You," and "This Land is Your Land." (AP Photo)

Today’s Great Song for Now is a new daily series which will feature one great song every day. The greatness of the song comprises many considerations, but begins and ends with the songwriting: that which is baked into the thing by the songwriter. Some of these are great records, too, and some are extremely popular, commercial records.

But this greatness is not about the production or the popularity. It’s about the songwriting achievement of writing a song which has its own place in the world, a song essentially unlike any other song. A song with real depth of meaning and moment.

“I Ain’t Got No Home” is a song Woody wrote along with many other songs of the Dust Bowl, released on Victor Records in 1940 as Dust Bowl Ballads. It happens to be one of which there are untold numbers of covers, and many by our most great songwriters, including Bob Dylan & The Band, Bruce Springsteen,Beck and many others.

Dylan’s 1968 live version of it with The Band is a classic. From a tribute to Woody Guthrie – it’s got that exultant electric wild mercury sound of Dylan on fire – but great sound (produced by John Hammond.) It’s got that great funky Basement Tapes sound of The Band, with Richard Manuel cooking on the piano. Ry Cooder is on mandolin.

Not all songs included in this series will be ones with many covers, but this one – although never a hit for anyone – is somewhat of a folk standard, recorded so often because of that greatness. But also because, like many of Woody’s other songs, it is powerfully relevant now, and to this American moment.

Woody wrote this song, as he did other famous songs, as a response to a song he didn’t love. He was a guy who felt the radio airwaves were sacred, and the time of the people not to be squandered on non-consequentional songs. Or even worse – songs which made people feel down, at a time when so many were already feeling beaten.

Woody heard the gospel song “Can’t Feel at Home” sung at the migrant camps. It’s a song the Carter Family made famous in 1931. Woody hated the fundamentalist message of the song, directed to all those souls dispossesed because of the Dust Bowl, and forced to flee their little towns. The song tells them to endure their suffering, because their reward would be in heaven, not on earth.

This world is not my home, I’m just a-passing through
My treasures and my hopes are all beyond the blue;
Where many Christian children have gone on before,
And I can’t feel at home in this world anymore.

Oh Lord, You know I have no friend but you
If Heaven’s not my home, Oh Lord what would I do?
Angels have taken me to Heaven’s open door
And I can’t feel at home in this world anymore.

From “Can’t Feel At Home”
Traditional. Recorded by The Carter Family

Woody didn’t like this notion of suffering on earth with your eyes on the afterlife. He wasn’t after the afterlife at all. He was about now. He wrote it surrounded by the Dust Bowl refugees, homeless now in the heartland.

There’s also an odd connection with now. It is the 16th of October, 2020, just weeks until the next election. Joe Biden is presently beating the incumbent, Trump, in all the polls.

From 1950 to 1952, Woody and his family rented an apartment at the Beach Haven apartments in Brooklyn, owned by Fred Trump, father of the president. Trump had a strict policy of renting only to White people. Black people were not allowed. His imposed segregation lasted for decades, until 1973 when the Justice Department ended it.

Woody’s outrage at Trump was intense. The Guthries were gone by 1952, but the songs remained. He wrote a song called “Old Man Trump” about the awful bigotry of this man, and also a verse in this song:

“Beach Haven looks like heaven
Where no black ones come to roam!
No, no, no! Old Man Trump!
Old Beach Haven ain’t my home!”

My brothers and my sisters are stranded on this road,
A hot and dusty road that a million feet have trod;
Rich man took my home and drove me from my door
And I ain’t got no home in this world anymore.

Was a-farmin’ on the shares, and always I was poor;
My crops I lay into the banker’s store.
My wife took down and died upon the cabin floor,
And I ain’t got no home in this world anymore.

I mined in your mines and I gathered in your corn
I been working, mister, since the day I was born
Now I worry all the time like I never did before
‘Cause I ain’t got no home in this world anymore

Now as I look around, it’s mighty plain to see
This world is such a great and a funny place to be;
Oh, the gamblin’ man is rich an’ the workin’ man is poor,
And I ain’t got no home in this world anymore. 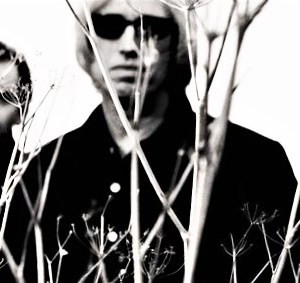 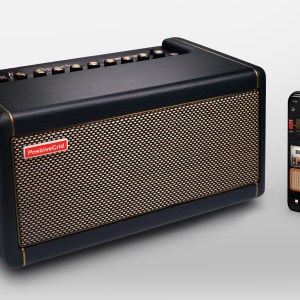