Following the seventh and most recent Staind album in 2011, Aaron Lewis broke away from his metal band to pursue a career in country music, releasing his debut EP, Town Line, followed by his first full-length album, The Road, in 2012.

In addition to his history of songs with Staind, Lewis has crafted an expansive catalog within country music since 2011. Here are 10 top songs Lewis has released as a country artist over the past decade.

For his first entry into country music, Lewis brought out country legends George Jones and Charlie Daniels, who both appear on his first single “Country Boy,” along with Chris Young. Released on his 2011 debut EP, Town Line, “Country Boy” has two other renditions, including Lewis’ radio and acoustic versions.

Also off Town Line, “Tangled Up in You” was one of seven tracks on his extended play of country songs, which hit No. 1 on the Billboard Top Country Albums chart. In 2008, a non-country version of the song was first released on Staind’s sixth album, The Illusion of Progress.

The opening track off Lewis’ full-length debut, The Road, “75” opens up a collection of reflective stories. “75” addresses the loneliness, inconsistencies, and tolls of life on the road.

Another ballad off The Road, “Forever” addresses the self-doubts and strains that can arise in a relationship. “That song came vomiting out of me that day—the whole thing came out, just threw up,” said Lewis. “I didn’t sit down with a pen and paper. I sat down and started playing the chord progression in front of the microphone during sound check, and the whole song came out, and it leveled me. I left the stage in tears. I went to my bus and cried in my bed like a little bitch. But the whole song came flying out of me.”

On the meaning of the song, Lewis added, “There’s self-doubt in relationships and there’s a turnaround at the end of the song that exists now that didn’t exist when it first came vomiting out of me.”

5. “Whiskey and You” (2016)
Written by Chris Stapleton and Thomas Lee Miller

First released by Chris Stapleton on his 2015 album, Traveller, a year later Lewis shared his own rendition of the hit on his third album, Sinner. Produced by Buddy Cannon, who worked with Willie Nelson and Kenny Chesney and wrote songs for George Strait, Billy Ray Cyrus, and others, Sinner debuted at No. 1 on the country chart.

There’s a bottle, on the dresser by your ring
And it’s empty, so right now I don’t feel a thing
But I’ll be hurtin’, when I wake up on the floor
But I’ll be over it by noon

That’s the difference between whiskey and you

Come tomorrow, I can walk in any store
It ain’t a problem, they’ll always sell me more
But your forgiveness, well that’s something I can’t buy
There ain’t a thing that I can do

Featuring a duet with Willie Nelson, the title track of Lewis’ second album, “Sinner” is an outlaw crooner evocative of its pioneers like Waylon Jennings, Johnny Cash, and those of similar ilk. On the track, Lewis takes the lead on the first verse with Nelson on the second.

“I’d like to think that ‘Sinner’ is a newer take on the classic, traditional outlaw country, Waylon [Jennings] and Merle [Haggard] and Willie and Hank [Williams] Jr. and Johnny Cash and all that stuff,” said Lewis. “That was the music I heard as a kid, and that’s the country music that permeated my soul and stuck with me my whole life.”

“Folded Flag” is a tribute to fallen soldiers, telling the story of one who dies while serving, leaving his wife and kids behind. The lyrics are centered around the symbolism of a folded American flag given to his wife in his honor. Lewis released the song as a single to honor Flag Day and the lost members of the military.

And now here I am
Just a few months later coming home to you
I’m flying with my brothers yeah we fought real hard
We’re all packed up and headed home
And if you’re reading this there’ll come a time real soon
When family, friends and flowers fill the room

Following a recurring theme of the impact of life on the road, the title track of Lewis’ third album talks about the rinse and repeat of touring. Also produced with songwriting legend Buddy Cannon, who led Lewis’ previous album, Sinner, State I’m In hit No. 2 on the Top Country Albums chart.

Still workin’ these fingers to the bone
When the show is over, I settle on
Well, the angels and the devils are my only friends
I wake up in the morning and I do it again

The lead single off Lewis’ fourth album, Frayed at Both Ends, which peaked at No. 5 on the Billboard Top Country Album chart, is one of Lewis’ more controversial tracks. Lewis’ conservative-slanted protest song, “Am I The Only One” debuted at the top of the Billboard Hot Country Songs chart.

Produced by Lewis and co-writer, Trick Pony’s Ira Dean, the lyrics are straightforward and present the singer’s conservative viewpoint, from questioning the dismantling of confederate and other statues across the country and taking a jab at more liberal artists like Bruce Springsteen — Am I the only one who quits singin’ along / Every time they play a Springsteen song?

Am I the only one here tonight
Shakin’ my head and thinkin’ somethin’ ain’t right
Is it just me? Am I losin’ my mind?
Am I standin’ on the edge of the end of time?
Am I the only one? Tell me I’m not
Who thinks they’re takin’ all the good we got
And turnin’ it bad, hell, I’ll be damned
I think I’m turnin’ into my old man

Frayed at Both Ends is one of Lewis’ more stripped-down collections of songs. Written by Craig Monday and Chris Wallin, the ballad “Everybody Talks to God” is just one of two tracks on the album that Lewis didn’t have a hand in writing and shares a deeper reflection into his own faith.

He was sayin’ grace over a Tuesday blue-plate special
When the man in the next booth said, “Don’t you watch TV?”
Don’t you know that God’s a myth, I hate to see you waste your breath
‘Cause there ain’t no use talkin’ to a ghost that don’t exist

The prayin’ man said, “Amen” and looked up from his plate
And said, “You may not talk to God right now, but there’s gonna come a day” 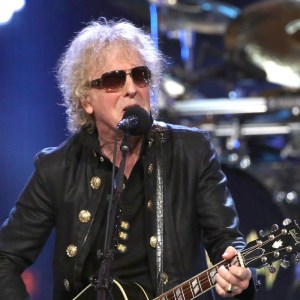 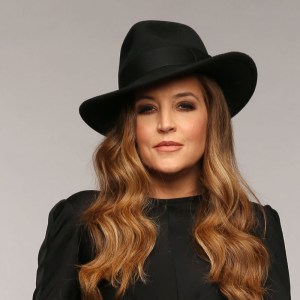