At 89, Willie Nelson is one of the longest living legends in country music with a catalog of music reflective of his nearly 70-year career.

Beginning his career in the 1950s, Nelson has never stopped. He released 72 albums (as of press time), including his most recent 2022 release A Beautiful Time, a collection of original songs by Nelson, as well as covers of songs by The Beatles, Leonard Cohen, and Chris Stapleton.

Throughout his career, Nelson has covered various artists and shared some of his own songs —“Crazy,” “Hello Walls,” “Funny How Time Slips Away,” “Angel Flying Too Close to the Ground,” “Night Life,” “Family Bible,” “Pretty Paper”—with everyone from Al Green and Patsy Cline to Aretha Franklin and Elvis Presley and beyond.

Here’s a look at six songs Nelson wrote, which were covered by other artists.

Willie Nelson initially started writing “Family Bible” in 1957 while he was working as a DJ in Vancouver, Washington. When he moved to Texas, Nelson sold the track to Paul Buskirk, who later brought it to singer Claude Gray to record. When released in 1960, Gray’s version of “Family Bible” reached No. 7 on the Billboard Hot Country Singles chart. Once Nelson relocated to Nashville, he began using the song in his live set and recorded it for the first time on his 1971 album Yesterday’s Wine.

Nelson initially wrote “Crazy” while he was living in Houston as a radio DJ and performing in clubs in between working for D Records. Still struggling as a songwriter, Nelson reportedly pitched the ballad to Patsy Cline’s husband Charlie Dick at Tootsie’s Orchid Lounge in Nashville. Initially, Cline, who was recovering at the time from car accident that nearly killed her and her brother, wasn’t too impressed by the song, but she went along with recording it anyway. Produced by Owen Bradley and released on her 1961 album Showcase, “Crazy” became Cline’s biggest hit and followed her previous hit “I Fall to Pieces.” The song reached No. 2 on Billboard’s Hot Country Singles and Easy Listening charts, and No. 9 on the Billboard Hot 100, and has been covered by everyone from Linda Ronstadt, Brandi Carlile, Diana Krall, and The Kills.

A Christmas standard, “Pretty Paper,” written in 1963 tells the story of a disabled man that Nelson would often see selling ribbons and paper on the sidewalk in Fort Worth, Texas, who would shout “Pretty paper” to grab the attention of passersby. The moving ballad is one Roy Orbison connected with, delivering it in his own unique voice. Orbison’s take on the song was different from Nelson’s more stripped back version, originally recorded in 1964, and on his 1979 album of the same name.

Legend has it that Nelson wrote “Crazy” and “Funny How Time Slips Away” within the same week. Originally recorded by Billy Walker, who took the song to No. 23 on the Hot Country & Western chart, “Funny How Time Slips Away” would later get more recognition when Elvis Presley recorded the song for his 13th album Elvis Country (I’m 10,000 Years Old), and again with Al Green’s 1973 rendition of the smoldering ballad. (Nelson also recorded the song on his 1962 debut …And Then I Wrote.) Though the song has been covered by many artists, including Wanda Jackson and Bryan Ferry, it was Green’s version, off his 1973 album Call Me, that offered a slower soulful build around Nelson’s lovelorn lyrics—I gotta go now / Guess I’ll see you hanging round / Don’t know when though, oh, no / Never know when I’ll be back in town / But I remember what I told you / That in time you’re gonna pay. Green later released another version of the song with Lyle Lovett on the 1994 compilation album Rhythm, Country and Blues, which earned him a Grammy Award for Best Pop Collaboration with Vocals.

Off Aretha Franklin’s 11th album Aretha Arrives, which also included her cover of The Rolling Stones’ “Satisfaction,” the Nelson-penned “Night Life” was never released as a single but was the perfectly molded song for the queen of soul. Originally written by Nelson in the 1950s, “Night Life,” got new life through covers by Marvin Gaye and B.J. Thomas, but it was Franklin’s soulful rendition that so eloquently pinpointed each lyric, moving from the quiet and explosive The nightlife ain’t no good life / But it’s my life.

An unlikely cover by an unlikely band, Cake’s version of “Sad Songs and Waltzes,” off their 1996 album Fashion Nugget took a song Nelson originally wrote in 1973 for his album Shotgun Willie and reintroduced it to the ’90s youth. Centered around a more desolate outlook, “Sad Songs and Waltzes” touches on having a song that may never get heard. Followed by a lone trumpet, Cake recorded their own slow-moving hymnal of Nelson’s somber waltz. 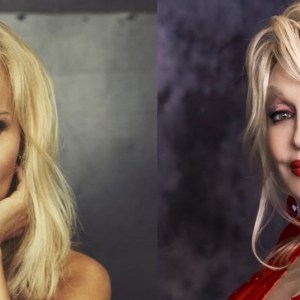