For many artists, a music video is nothing more than a chance to get dolled up and sing their new song lyrics to the camera. For others, it’s a chance to say something daring, which can often produce a backlash from the unsuspecting audience.

Whether it’s deemed profane, blasphemous, or just downright disturbing these videos have gone down as infamous moments in history causing a stir for the artist and intense debates in the public sphere.

Though it might feel tame now, the imagery in Madonna’s “Like A Prayer” video touched a nerve with pretty much everybody in 1989.

Burning crosses and sexual overtones with a Black Christ-like figure caused widespread controversy among religious organizations and advertisers alike. Both Pepsi (Who Madonna had a contract with at the time) and the Vatican led the charge in condemning the singer.

Director Mary Lambert still stands by the video saying, “I knew that we were pushing some big buttons, using burning crosses to reference racism and religion. Why not a Black Jesus? Why can’t you imagine kissing him? I wanted to speak about ecstasy and show the relationship between sexual and religious ecstasy. I think that subconsciously a lot of people understood this and were either enthralled or outraged by it.”

“Famous” marked the latest installment in the now squashed Taylor Swift and Kayne West beef. Playing off the track’s equally controversial lyrics, I feel like me and Taylor might still have sex / Why? I made that bitch famous, the video features the rapper himself laying in bed with a handful of familiar faces as wax figures, including Swift herself.

Other big names include Donald Trump, Kim Kardashian, George W. Bush, Anna Wintour, Rihanna, Chris Brown, Ray J, Amber Rose, Caitlyn Jenner, and Bill Cosby. Many of the people represented mulled over suing the rapper for using their likeness but, ultimately, West got away with the controversial video.

West said he was “not in support or [against] or anti any of [the people in the video]” but was simply making “a comment on fame.”

Nirvana never let a moment go by without shaking up the status quo – and their video for “Heart-Shaped Box” was no exception.

The video is a masterclass in grunge-era nihilism. Featuring shots of an emaciated man on a crucifix wearing a Santa hat, as well as a woman picking fetuses from a tree, the video certainly didn’t shy away from contentious topics. Despite the controversy, the video was the number one most played music video on MTV in 1993.

Clocking in at around nine minutes, “Stan” tells the story of an Eminem fan of the same name and his pregnant girlfriend who questions his undying love for Slim Shady. The man, played by real-life Eminem fan and actor Devon Sawa, then puts his girlfriend in the trunk of his car and drives them both off of a bridge. Heavy stuff, but all in a day’s work for the king of controversy himself.

Due to the video’s content, it was heavily censored upon its release. Despite networks like MTV and Fuse trying to shield the darker parts of the storyline, both the song and video went on to inspire a new name for the wild, obsessive fan, calling them “Stans.”

This Robin Thicke song made a huge splash in 2013, for a multitude of reasons. Between the song’s lyrics being accused of promoting rape culture, being sued for its similarities to Marvin Gaye’s “Got To Give It Up,” and the video featuring three undressed models dancing around three fully clothed men – Thicke, Pharrell, and T.I – the video had no chance of making it out of the social media discourse without a scrape.

To add to the uncomfortable vibe of the whole visual, there’s even a balloon sign floating around in the background saying, “Robin Thicke has a big d**k.”

What are some of your favorite controversial videos? Comment below. 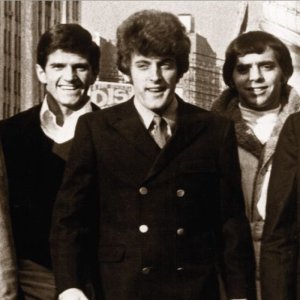