Not only did it announce Dylan as America’s premiere songwriter, but it also gave voice to an era in human history, especially in the United States, which was all about change, reflection, and re-imagination from the Civil Rights Movement, to wars and political strife.

As such, the song has gone on to be covered a myriad of times, both by big-name musicians and lesser-known artists.

Here, we will dive into 10 covers of the historic track by artists you likely never knew took on the famed composition. Though you may know some of their names, you may not have known they offered their artistry to Dylan’s tune.

So, without further ado, let’s dive into the 10 renditions below.

The classic trio of folk artists took on a number of hits of their time, bringing their reflective harmonies to the songs. Perhaps top of the list is Dylan’s classic. Check out the thoughtful, even melancholic rendition of the song below.

The big-voiced singer brought her talents to The Voice Kids for her rendition of Dylan’s song. Playing an acoustic and projecting like none other, Lea immediately impressed the judges with her offering. The song cuts and sticks. It’s truly beautiful. Dylan, himself, would be impressed at the vocal power.

The former Dylan collaborator, and romantic partner, offered her signature folk sensibilities to the song, strumming an acoustic guitar and playing it live for a clapping audience. Perhaps no person in history exhibited the ’60s folk revolution like Baez and that’s evident here, too.

4. Jessica Rhaye and the Ramshackle Parade

The modern folk trio offered their skills to the famed Dylan track in his string-laden rendition. Rich with golden vocals, acoustics, and even a mandolin, Rhaye, and her group would make Baez and the rest of the ’60s decade proud with this heartfelt version. Check it out below.

Taking a more stripped-down, solo approach, Kina Grannis brought her tender, brittle singing voice to the song in this rendition below. It’s a lullaby, not a protest song, and Grannis can feel that. As such, we can too with her voice and performance.

The Boss brought his gravelly voice to the classic song here. With a number of classic songs all his own, Springsteen knows what it means to write a track that will live for generations. You can tell his love for his idol, Dylan, in this song. He could probably sing it 10 times in a row before he got tired of it. Maybe 1,000.

A slower, somber, even eerie rendition, Julia Harriman took on this song with two friends backing on beautiful vocals. Taking a page from Peter, Paul and Mary, this trio created harmonies that would satiate any bluegrass or folk. Together, they sound like a beautiful river. It’s practically miraculous and shows what a song can become, even beyond what the writer ever imagined.

Stevie Wonder may—just may—be the great musician ever. While it’s an impossible thing to figure out, the breadth of what he’s given to fans and audiences is staggering. Add his cover of “Blowin’ in the Wind,” to the list, a song he played live for Dylan and one he began playing first at 15 years old. Check out his intro to the performance, which itself is classic.

Taking a duo approach, the two musicians bring their acoustic and autoharp to cover Dylan’s famous track. Bringing a flare with friendship and camaraderie, Carson McKee and Kami Maltz imbue the track with delightful brightness on this offering. Check it out below.

Jenny from Forest Gump (played by actress Robin Wright) performed a rendition of the song in the buff, which later inspired Kacey Musgraves to similarly perform on Saturday Night Live. Check out Jenny playing Dylan’s song here below before sadly getting chased offstage by some jerks. 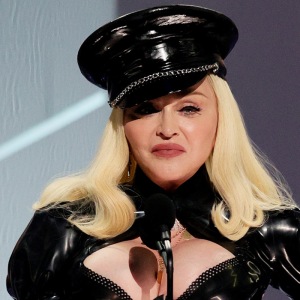 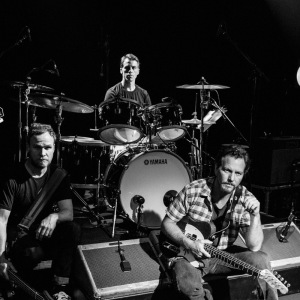