CBS aired a special tribute titled Homeward Bound: A Grammy Salute to the Songs of Paul Simon on Wednesday night (Dec. 21), which saw everyone from Rhiannon Giddens to Brad Paisley fete the folk hero.

Produced by Ken Ehrlich and filmed at Hollywood’s Pantages Theatre, the night saw a number of Simon’s peers take on his classic tracks. Save the Jonas Brothers (who gave a surprisingly fitting performance of “50 Ways To Leave Your Lover”), most of the performers were classic acts in their own right.

The nearly two-hour telecast was chock full of memorable performances and we’ve chosen a few select tributes that stood out from the crowd. Read our recap of the night’s best and brightest below.

To start the tribute off right, Paisley took the stage to perform the lead single from Simon’s third solo album There Goes Rhymin’ Simon, “Kodachrome.” The buoyant track begs for audience participation, which the crowd at Hollywood’s Pantages Theatre obliged happily, clapping along to the shuffling beat. Many of the tributes came from country artists, which lent itself quite nicely to Simon’s singer/songwriter sensibilities. Paisley added an innate country twang to the 1973 track, which was a welcomed addition.

2. Garth Brooks and Trisha Yearwood Duet on “The Boxer”

Sticking in the country realm, Garth Brooks and Trisha Yearwood came out for a lulling duet of Simon & Garfunkel’s “The Boxer.” Brooks and Yearwood’s vocals played in perfect harmony just like the original version of the track. The crowd, and Simon, sat in hushed reverence as the duo sang out the chorus, Where the ragged people go / Looking for the places only they would know / Lie-la-lie.

Switching gears to more anthemic offerings, Angélique Kidjo was joined by Dave Matthews for a rendition of Simon’s “Under African Skies.” The pair strutted around the stage to the Graceland track. Judging by the beaming smiles in the audience, the crowd was having just as much fun as they seemed to be. Some of the best moments of the night came from Graceland songs, with this one narrowly coming out on top.

Little Big Town expertly captured the nuance of Simon’s post-Simon & Garfunkel work: somber lyricism hidden underneath deceptively cheerful melodies. The vocal group took on the 1977 track “Slip Slidin’ Away” for their contribution, singing, I live in fear / My love for you’s so overpowering / I’m afraid that I will disappear with a marked joy despite being a song about falling short in life.

Toward the end of the show, Simon himself took the stage to perform a few numbers. While his performance of “The Sound of Silence” was as delightfully melancholy as ever, it was his duet with Giddens that needs to be discussed. The pair performed “American Tune.” While the There Goes Rhymin’ Simon track is a standout on its own, a few tweaks were made to the song that gave it new life.

The pair also performed the duet at the Newport Folk Festival earlier this year, previewing the updated classic. 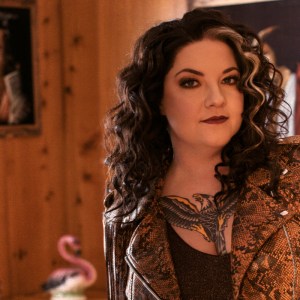