“We had quite a bit of fun making this record,” Jane Penny of TOPS told American Songwriter.

The record she’s talking about is the band’s fourth LP “I Feel Alive,” which dropped on April 3 via their label, Musique TOPS. Building on their established sound, the record is an exciting next step in the Montreal-based band’s creative canon. Produced by Penny — the group’s vocalist and flutist — and guitarist David Carriere, “I Feel Alive” has a palpable atmosphere to it. With shimmering synth parts, sultry flute solos, catchy guitar hooks and Penny’s glossy voice, the record shows off the band’s ability to become a unified force of dreamy pop.

“I think it’s pretty organic,” Penny said. “I think we had a nice, open and productive time with it. A big overriding theme of the whole process was to be shameless musically. It was like ‘let’s just do whatever comes out and not put any boundaries on our musical ideas.’”

And that mentality shows in the intricacies of the record. TOPS is the kind of band that sprinkles little gems of musical ideas in all sorts of nooks and crannies. Whether it’s a synth flourish or a perfectly placed fill, the production of the record acts as a conduit through which the band’s organic chemistry flows.

“Most of the time that we spend with the band on a song is devoted to the arrangement,” Carriere told American Songwriter. “Small, little arrangement details are mostly what we work on. We try to leave it open — if there’s flourishes or hooks they usually come after the vocal line is there, so we don’t have to work around them.”

TOPS began working on “I Feel Alive” after reuniting from a couple of months of off time. After relocating from Glendale, CA to Montreal, the band regrouped by honing in their live sound and rekindling their aforementioned chemistry.

“We had toured our last record quite a bit and then we spent a couple of months not really doing TOPS stuff,” Penny said. “Then we all came to Montreal to work on this record. Riley, David and I had lived together for a year in Glendale. We realized that was not a tenable way to be in a band, so we all went our separate ways. I think when we came back we were bringing all of our experiences from when we were apart and putting it all together.”

“When it came to actually making the recordings,” Penny continued, “this was the first time we were able to go to a studio and get actual live recordings. We’re still a band that does a lot of multi-track recording, but I feel like we got the best of both worlds. On songs like ‘I Feel Alive,’ ‘Direct Sunlight’ and  ‘Looking to Remember’ we got to capture this really nice sound of our band playing together — but there’s also tons and tons of hours of David and I adding stuff, multitracking everything, programming stuff, basically just building everything up.”

The songs Penny mentioned certainly do have a unique feel to them. The energy of the live band tracks mixed with the tasteful overdubs done by Penny and Carriere result in a powerhouse sound which feels as akin to an underground house show as it does to a multi-million dollar recording studio. This was partially aided by the addition of a new member to the band: keyboardist Marta Cikojevic.

“It was pretty seamless,” Carriere said of Cikojevic joining the group. “We were midway through writing some stuff and we were feeling that we wanted to have a little bit more of a live feel. We thought it’d be good to free Jane up in the writing process by allowing her to just be able to sing instead of play keyboards and sing. Marta was the obvious choice. She’s really easy-going and great to work with and she wrote some of my favorite parts on the record.”

Of those parts is the delightfully groovy keyboard part in the record’s opening track, “Direct Sunlight.” Between the synths, electric piano, flute, and Penny’s smooth harmonies, the song feels like yacht rock reincarnated — something which makes a little more sense when thinking about the genre’s former, less catchy name ‘the West Coast sound.’ While in this context ‘West Coast’ has grown to have less of a geographical significance and more of a sonic significance, “Direct Sunlight” captures that smooth and free feeling of a coastline convertible ride which Steely Dan sought after all those years ago.

“I wrote a really weird keyboard part for ‘Direct Sunlight’ when we were still in Los Angeles,” Penny said. “We worked on it a bit and it was good but… not good at the same time. We brought it into the mix at the end of writing this record and we completely trashed almost everything about it. Marta basically wrote that keyboard part and saved the song, because before that it wasn’t going anywhere.”

TOPS had initially planned to go on a world tour in support of “I Feel Alive,” but had to cancel and reschedule their dates due to the COVID-19 pandemic. Nonetheless, the band has found a silver lining by using the off-time to continue working on music.

“It’s a weird catch-22 thing,” Penny said. “We had such an exciting, dream-come-true period of time ahead of us — doing what was going to be the most successful tour that we’ve ever done. A bunch of the shows were sold out, people seemed really excited about it, we were really excited about it. That’s completely gone. But at the same time, I don’t think we’re feeling sorry for ourselves. Being a musician, you’re always holding onto the time you have to yourself to work on stuff. I think it’s easy for us to find a silver lining to it, but other people can’t have this obstruction in their lives, can’t deal with the financial effects. Those people are screwed. Everyone’s asking how this affects musicians and artists, but it’s not just artists, it would be nice if we could support everyone.”

Listen to TOPS’s new record “I Feel Alive” below: 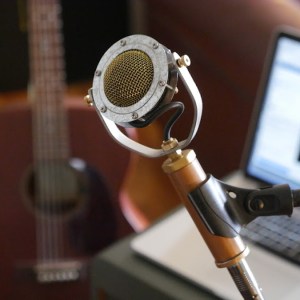 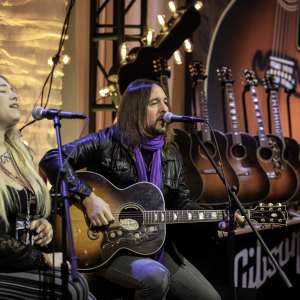