Architects haven’t just coped with their losses the last few years, they have tackled and conquered them.

Five years ago, primary songwriter and lyricist Tom Searle passed away after a tumultuous battle with cancer. To help process the great loss, Tom’s brother and  Architects’ drummer, Dan Searle, stepped into the role of songwriter and wrote an album detailing everything the band was experiencing during that time of grief. That album is Holy Hell.

Now, making an honest attempt to move away and out of the grieving phase, Architects has released the follow-up album, For Those That Wish To Exist, which has its own demons and issues to confront, like the fragile state of the earth, environment and the future of humanity.

“With the passing of my brother, the theme of ‘Holy Hell’ became obvious,” Dan tells American Songwriter. “And as my first record, writing lyrics, there was only one thing I could really write on that record because it was sort of completely consumed my life at that point. Whereas, this record felt like the need to move on and sort of start a new chapter, and I’ve got a two-year-old daughter and I’m just more aware of what the future holds.”

The leading track, “Animals,” is a blatant tribute to that concern, with a brash chorus, We’re just a bunch of fucking animals. However, “Meteor” was the real catalyst for the lingering themes on the album.

“That song kind of like epitomized this juxtaposition between our apathy and our impending doom,” Dan said about “Meteor.” “There’s lots of ominous sounds on a lot of the songs and I just found it to be the only thing that made sense. And my perspective that fit those roles were the issues we’re talking about on the future of the planet, sustainability and accountability.”

“Meteor” also addresses a common feeling of self-doubt and questioning one’s own contribution, outlined by the lyric disaster’s breaking down my door/ I should be moving mountains.

“I talk about reflecting on what the future will be like because of my daughter,” Dan said. “I don’t want her to live in some apocalyptic world. I want her to have a great life, but what am I really doing to help that other than making sure I sort my through my recycling and driving a hybrid vehicle? I mean it’s hardly moving.”

Dan’s maneuver through his sustainability efforts and desire for a better world for his young daughter paralleled his efforts to also steer through his second go as primary lyricist in Architects. He discovered the role to be even more challenging than anticipated, but also more fulfilling. Wanting to make his brother proud by creating lyrics as equally compelling, provoked Dan’s pursuit for perfection as a human.

“When you start writing about this kind of stuff, you kind of feel like you need to be perfect and it’s obviously really difficult to fulfill that,” Dan said. “When I started working on Holy Hell, I had no idea what I was doing. I didn’t know how to write a song, I didn’t know how to write lyrics. It’s more than just writing some nice words. They’ve got to fit a certain cadence and have a certain flow. There’s different rhyming structures that you need to employ in certain parts and it’s a lot more to consider than I thought.

“I’m just sort of trying to figure it out as best I can and I feel like I have more belief in the role for sure,” he adds.

Supporting Dan’s transition into lyricist was member Josh Middleton, who he worked closely with after Tom’s passing. Middleton, along with vocalist Sam Carter, contributed significantly to the music on the record. It was difficult to round out the new dynamic without Tom after an already established prior dynamic that propelled seven albums.

“The primary musical force in the band is Josh,” Dan said. “It’s been a developing relationship with Josh since my brother died. And it was tricky because we had sort of seven albums established. There’s an emotional attachment and all sorts of things tied up in this, and that’s important when you’re figuring out how to communicate.”

“But to Josh’s credit, he’s come in and filled very big shoes in a really difficult situation,” Dan said. “And as a dear friend, he’s been such a team player.”

Outside of his band, Dan sought the support of friends, that offered powerful collaboration opportunities on songs like “Impermanence”, which features vocalist and longtime tour partner Winston McCall of metalcore band Parkway Drive.  McCall’s contribution was one Architects had been discussing for almost as long as they had been touring together.

“Winston’s someone we’ve talked about collaborating with forever amongst the band,” Dan remembers. “And we just never felt like it was the right moment until now. I think what makes his inclusion in this record so perfect is scope and spectrum of dynamics. His feature just has that extra power to it and his moment on the record is probably the heaviest moment of the whole record.  It was nice to be able to use the power in his voice through the most extreme end of the album.”

Like many other artists this year, McCall collaborated with Dan via Zoom, which is a surprisingly common approach for Architects, who seldom write in the studio. Working remotely has always been Dan’s preferred way to write due to its unlimited possibilities in a digital realm surrounded by endless plugins, effects, and instrumentation. Dan couldn’t imagine anything more enjoyable either than creating music at home.

“There is no one way to create,” Dan said. “There’s nothing more I love than sitting down and opening my laptop and opening Logic as I make one of my favorite things in the world.”

Trailing off the recent remote recording endeavor, Dan is happy to say Architects is already working on more material. Until then, check out For Those That Wish to Exist here. 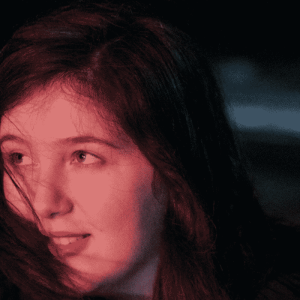 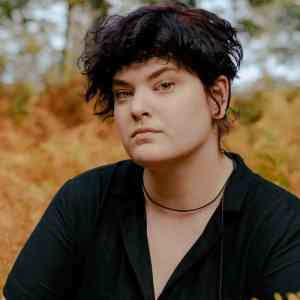