Pat Monahan has his own music litmus test: family. “I always start with my family—and obviously my managers and the band to see if they love it. I do need validation, but I’ve already gotten it from the people that are close to me, and now we get to see if anybody else cares.” Another indicator if the music is working is love, and one quote sent to Monahan by his manager said it all: “If you make movies for the box office, you’re dead.”

“If it doesn’t do well, and you didn’t do it out of love, then it’s a loss,” Monahan tells American Songwriter. “If you make a movie, and you love the movie, and it doesn’t do well, you still win because you love the movie. I feel like that with this record. I love this record and listened to it a lot, so if people don’t love it like I do, then it’s still a win for me anyway.”

Staying close to home, Monahan already knew Train had something solid with their 11th album AM Gold.

AM Gold is a throwback, a collection of entries fitting of the Time-Life-derived “Super Hits” guide of popular music and soft-rock from the ’90s. As they were starting to work on the album, Monahan says his manager had more words of wisdom, which shaped the entire album. “He said ‘hey man, you’re making an ‘AM Gold’ album,’” says Monahan, “and I was like, ‘well, that sounds really fun, but we don’t have a song called ‘AM Gold’ yet.” So Monahan wrote it.

Masked around all its retro rotations, are some deeper threads on AM Gold, beginning with the title track exploring the disenchantment of real-life predicated by the outside world, presumably social media and a very “like”-induced culture. “Social media has made life crazy, in some ways,” says Monahan, who adds that the fact that younger people are more interested in getting “likes” on video just means that there’s a lot of insecurity. “The song is that to me,” he adds. “If you don’t love you, then how do you expect me to? It’s a good time to hear somebody talk about that.”

The final song written for the album, the slinkier, disco-immersed “AM Gold” became the album blueprint, clutching on to the theme of love, of self-love, above all else—Breathe, baby, you ain’t gotta worry no more / Just breathe, we’ll be waiting on the dance floor / And let your body let it go / You’re best case scenario / Love don’t come in stereo / Baby, you are AM gold.

Softer musings fill the slower “Running Back (Trying to Talk to You),” while Mexican pop singer Sofía Reyes brings an alluring rush to “Cleopatra.” Throughout, AM Gold doesn’t neglect the more soulful gems like “Easy On The Eyes” and “Bettin’ on Me,” the latter track Monahan calls his autobiography.

“I’m usually the only one betting on me,” he says, “and it just keeps moving to different parts of life that I’ve gone through, or that I’m going through.”

Jewel, who is also set to join Train on the AM Gold tour, joins Monahan on the more yacht rock-induced “Turn the Radio Up,” while love triggers the retro-country “Ain’t No Easy Way” and the tender close of acoustic-led “It’s Everything,” is an ode to Monahan’s wife Amber. “I love every minute I get with her,” the singer says of the final track. “There’s just not going to ever be enough minutes.”

Recorded in 2021 and produced by Butch Walker, AM Gold was written over the past two years during the heart of the pandemic, and arrives nearly 30 years since the band formed. It represents where the band—Monahan, guitarist Taylor Locke, bassist Hector Maldonado, keyboardist Jerry Becker, and drummer Matt Musty, along with backing vocalists Sakai Smith and Nikita Houston—are at present.

“This album was weird and hard,” says Monahan, who initially started writing songs for a new album with co-writers in Los Angeles three or four years earlier before scrapping the songs. “Essentially we were making a pop record, like an extension of [2017 album] ‘A Girl, a Bottle, a Boat,’” says Monahan, who continued writing with bandmates Becker and Musty over Zoom once COVID hit. “None of the songs that I flew to LA to write made this record,” he says, “because the people that I should have been working with were right in front of me.”

Now, nearly two decades since their 2001 breakout release Drops of Jupiter, Monahan continues to find reconnections to the album, which were evident during a recent AM Gold listening party he held at a casino. “Some people pulled me aside and said, ‘you made my life better,’” shares Monahan. “What a great opportunity to be in people’s lives in a positive way.”

It’s the perfect pivot for the AM Gold Tour, running from June through August 2022 with guests Jewel and the Blues Travelers. “I think this tour will be so great for me,” says Monahan, because I love Jewel, and I love the Blues Traveler. And we’ll get on stage and join each other and make great memories. I’ve been through so many tours, and all you have after a tour is the memory of it. Wouldn’t it be better to have a great memory than one saying ‘That was a waste of three months?'”

Though there’s some mild trepidation in releasing AM Gold to the world, Monahan is genuinely interested in how people will react to the new music. “I’m always very cautiously optimistic when we put a new record out,” he shares, “to see how people will be, how they’ll behave, how they’ll react.”

On Mother’s Day 2022, during a family gathering with Monahan and his wife’s family, there were 30 people present and they started listening to Train’s 2017 album, A Girl, a Bottle, a Boat, when his own litmus test set in.

“I remembered how much I love that record, but how different it is from this [‘AM Gold’], and that makes me feel really good, that people can still enjoy that record, and that I’m evolving as a songwriter,” says Monahan. “I feel like ‘AM Gold’ is a great reflection of where I am in my life, and I think the Train fans—if you’ve been with us for the past 20 or 30 years—this is probably going to be your favorite record.”

Thinking back to when he saw the Eagles, Monahan says he was blown away by the band’s musicianship and songwriting. He realized he still has a long way to go. “I don’t have that amount of greatness, and I really want that amount of greatness,” says Monahan. “Wouldn’t it be so spectacular in 10 years, or however long when I’m Don Henley’s age, if I can go out there like a boss like he did? That’s going to take more work. It’s going to take more records and more songs that resonate with people, so that’s what I have to do.”

Monahan adds, “I’m more engaged than ever. I long for relevance. I want to matter… until forever.” 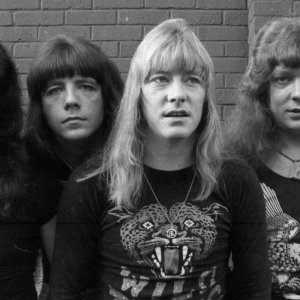 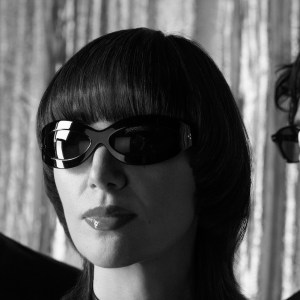