If there’s anything to be learned through this past year, it’s that life truly is impermanent. Singer-songwriter Casey Dayan was reminded of this during a trip out to Marathon, Texas, a town boasting a population of less than 500 when the conversation turned to death and loss. “A couple of times a year, we take a band trip somewhere remote to write and record a single. This time we found ourselves recording in papercrete huts (paper and concrete!),” Dayan recalls.

“Out there, we stayed up late talking about friends and family who have passed away. The desert was both inhospitable and beautiful,” Dayan, as frontman of indie/rock trio Under the Rug, tells American Songwriter. “The folks out there were funky and flawed, and it inspired us to write a song about how life is made worth living by the fact that it’s not forever.”

“Raindrops,” premiering today (July 21) via a tracking video, pulls the listener into the expansive, beautiful desert side. Along with bandmates Sean Campbell (guitar) and Brendan McQueeney (drums), as well as Austin bass player Tim Moen and LA singer-songwriter Leah Judge, the performance rings both monumental and intimate, veering away from the band’s usually ornate, intricate productions.

During their travels, they were well acquainted with several locals, including Ingrid, the Goat Queen, “a Slovakian expatriate with a Janis-Joplin-esque megaphone of a voice who got her nickname from her unique ability to… arouse nearby goats,” Dayan says. The group also met George Zupp, a local visual artist with “attitude and irreverence,” whose “art is crazy tense and has a way of making you feel. Ingrid sings harmonies on the single and George offered to let us use a painting of his for the cover art.”

In a blog post, Dayan dives further into the details about the life-changing trip. “After a couple of weeks of writer’s block, I was willing to try anything to get back to making new music,” he begins. “So I packed up the car with the boys and a few new faces to write and record a single out in the unincorporated West Texas desert. And what happened changed the way I think about our music.”

Throughout the piece, insightful and witty, Dayan draws the reader into the world of Marathon and La Loma Del Chivo, the artist community, from detailing many of Zupp’s wonderfully eccentric and provocative paintings to experiencing the culture and writing the song itself. “The strange building we’d be recording in is one of many in the community,” he later writes. “Most of these structures are made out of papercrete—a mixture of paper and concrete smeared into shape over a scaffold skeleton—which gives the whole area a very psilocybin look.”

“Raindrops,” recorded over 72 hours, follows the band’s last project, an EP in 2019 titled Too Far Away.

Listen to “Raindrops” below. 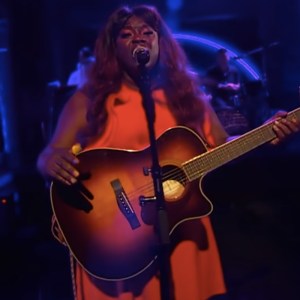 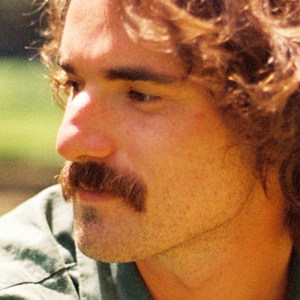