When writing his new song “Losing Sense,” singer-songwriter Gregory Ackerman had no idea who his target audience was. But, as art often does, the song soon revealed itself to be aimed toward “the heartbroken, the lost-in-love, the wayward children of the romantic world,” he says. “I wrote it after the abrupt end to an abrupt start of a beautiful thing with a beautiful neighbor. It started strong and intensely, and burned out just as quickly. Crashed and burned, perhaps.”

Ackerman’s deep, throaty tenor reverberates across the drum kit, as he recounts his crash course in love during a pandemic. “It was so hard to meet people, and whenever I got a chance to meet someone new, it was a big deal─especially when that new person happens to be in your neighborhood,” he tells American Songwriter. “I was so elated to have a new experience in the dull, mundane, deathly dryness of the COVID outbreak. I thought, ‘If I could find love during the pandemic, this thing’s gotta last, it’s gotta be divine intervention of some sort.’

“You can’t put too much pressure on yourself or on the other person in these scenarios, and I did both. I really thought I could make love last in this situation, but it wasn’t the right person and it wasn’t the right time,” he continues. “I was certain I had found love, but I hadn’t. When writing the song, I approached it like I had lost my mind for a couple of weeks, that I had been delusional, that I was literally ‘losing sense’ about the world and how love works. It helped me look at myself and realize I needed to have a more grounded approach in regards to relationships.”

During the process, Ackerman had been listening to plenty of The Everly Brothers, Buddy Holly, and Elvis Presley, drawing a classic, older rock ‘n roll style guitar into the song’s vintage ebb and flow. “I wrote the guitar melody as a sort of ‘doo-wop’ style that I thought I could then infuse with heartbroken sensibilities,” he observes.

Sarah Tudzin, as leader of tender punk troupe Illuminati Hotties, hops aboard on backing vocals, peeking out in haunted whispers to counterbalance Ackerman’s swarthier tone. When he approached her about contributing, Tudzin “quickly replied with her backing vocal parts and helped round out the song’s vocals from my deeper baritone brokenness,” he recalls. He then asked good friend and keyboardist Grant Milliken to spin the track into “whatever he thought was appropriate with his talented musical mind. He provided amazing synth parts for the post-choruses that I really think make the song what it is. His musicality really tied the song together and brought in a modern touch of some sort of pseudo-electro magic.”

With the help of Keenan McDaniel, a long-time collaborator and drummer, who takes a seat in the producer/mixer chair, the song blossoms from there. As demonstrated in “Losing Sense,” Ackerman’s creative headspace frequently revolves around “being stuck in a certain emotion that I can only get out through an abstract melody,” he says. “Emotions can be so abstract, which is actually perfect for music, which is an abstract concept in itself. Are they the same? Perhaps. I view feelings and sounds as the same thing. A sound produces a feeling and vice versa. I’ve never been too big on music theory, though I appreciate and marvel at it.”

Originally from South Pasadena, Ackerman’s fixation on love, perhaps, stems from his parents and their chance meeting in the sixth grade. “They have the love story of the century,” he says. “It’s a fairytale, really, a beautiful Disney love. Sometimes I think I’ll find that, too, but I never really know. I’m a very romantic person in the sense that I throw myself into my emotions, good or bad, and can leave reason by the wayside. It’s good for songwriting, but not necessarily good all the time. I try to balance emotions and intelligence as soundly as I can these days. It’s not easy.”

For now, the Highland Park-based artist has his songs into which to pour his heartache and lovelorn musings. “My songs come from a place deep within, from that crack in the earth that opens up into the heart of the world. There’s some deep emotion at the bottom of all of it, and as a songwriter, I’m either attempting to replicate that feeling, running from it, or gawking at the notion of deep feelings, in general,” he says. “Is it all that deep, or is there something more clearly on the surface that I’m missing?

“These are questions I try to answer in my songs. Above all, I want to reflect the human spirit and connect with others on an emotional level that you can’t quite put into words. Lyrics can sometimes capture the magic that we can’t see yet in all that is around us, but it’s rare. It’s beautiful, really.” 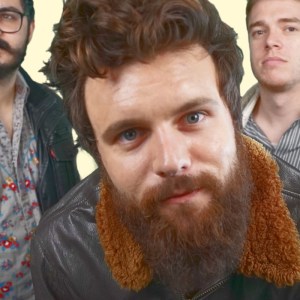 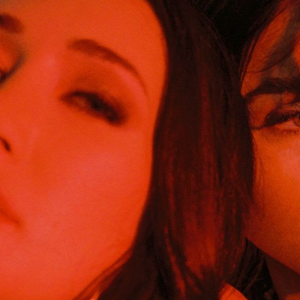