We’re happy to premiere the video for “Revolution in the Garden,” the new passionately incendiary single by the acclaimed Americana-plus band Dead Rock West, led by Frank Lee Drennen and Cindy Wasserman.

It’s a great song and remarkable record, expansively produced by David J, Carpenter, and delivered with urgency by Frank and Cindy together, bringing back the dual spirit of John Doe and Exene in X.

In fact, John Doe produced their last album, More Love, and they have toured with X, as well as Peter Case, and Dave and Phil Alvin.

This is their first single since being signed by Manda Mosher to the Blackbird Record Label, and is beling released today. It marks a potent new sound for the band; sonically propulsive, infectious and an urgent call-to-action:

“The voice in our head
The voice on the tube
The voice tellin’ us
We’re all gonna lose.”

From “Revolution In The Garden“
By Frank Dennen and Patrick Dennis

Manda, a beloved singer-songwriter and founder of Calico the Band, has long been one of the great song champions around. Now with her own label, she’s bringing back the age of musicians and true music lovers running labels, and signing great artists for their artistry and boundless musical expression.

“Dead Rock West is highly revered within our music community,” said Manda, “for their unique musical aesthetic, close harmonies and beautiful Americana soundscapes, and now with ‘Revolution In The Garden,’ an edgier alternative sound with a lyrical message that couldn’t be better suited for our times.

“When I first heard ‘Revolution In The Garden,’ it blew me away,” she said. “It reminds me a bit of The Who, with an energetic social wake-up call. A perfect fit for the indie/alternative approach at Blackbird. As a long time fan, I’m honored we’re working together on this release.”

Asked about the origins of song, Frank said, “I wrote it 30 years ago with Patrick Dennis when we played in a duo called The Homer Gunns from Leucadia, California near San Diego. A simple direct to DAT recording was produced by Dave Sharp from the Alarm but never released.

:It was written in response to the Bob Dylan song `When the Ship Comes In,’ except ours was a rolling 6/8 folk punk reaction to what the future looked like through our 20-something eyes.”

“During the time of lockdown here in L.A., I began sifting through boxes and boxes of home cassettes collected over the years and fell upon this song. Cindy insisted we recorded it because of the times we are in–strangely just like the times 30 years ago–only worse in some ways it seems.

“I said to David J. Carpenter that I was into recording it only if we rocked it out. So that’s what we did! “

Of the sonic scope of the record, Frank Lee Drennen said, “We wanted something that sounds epic. Big as life. A sound that reflects the urgency of the lyrics. We wanted a big rock ‘n’ roll sound. We wanted to destroy the idea that Dead Rock West is merely a neat little Americana group from the West Coast. “

“We wanted The Who,” said Cindy.

“It gives me kind of that sonic propulsion The Who does,” said Frank. “Cindy and I sang the words matter of factly with power but let the lyrics speak for themselves.

“This is the first song we have recorded where nobody was in the same room at the same time,” said Frank. “Usually we are all in the same room. So David J. Carpenter became the producer and master hub of recorded activity, and Cindy and I sent a guide track and then Dave made a click track and sent that down to CHAOS Recorders in San Diego where Matt Lynott from the White Buffalo recorded his bad ass drums. From there, everyone recorded from their respective home studios.”

The video was directed and shot by Drennen in the Frogtown area of Los Angeles. Its quick-cut edits underline the urgency of the song.

“Revolution In The Garden” 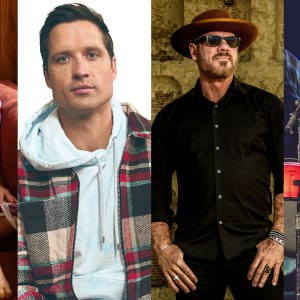 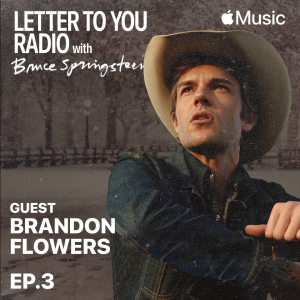