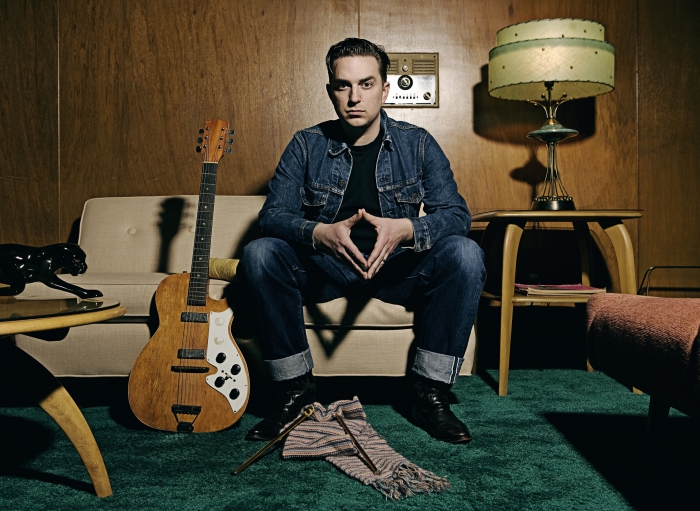 Singer-songwriter JD McPherson, who hails from Broken Arrow, Oklahoma, is influenced by hip hop, the blues, and artists like Little Richard and James Brown. Like his heroes of soul, McPherson recorded his new album, Signs & Signifiers, using all-analog technology at Chicago’s Hi-Style studio.

We asked the rootsy troubadour about writing Signs & Signifiers‘ “A Gentle Awakening” and the making of the video (“Cows aren’t easy to work with,” he notes).

Spend some time on the ranch with McPherson below, and catch him on his West Coast tour with Nick Lowe this month.

What was the inspiration for “A Gentle Awakening?”

This is one of those times where — and I hate it when I hear people tell these stories — but it really was one of those times where a song just sort of wrote itself.  ”A Gentle Awakening” is a pretty dark song, and I remember having this really heavy feeling of dread at the time… something must’ve been bothering me, but nothing specific that I can remember. I’ve thought about it a lot since then, and I will say… it’s about producing through adversity.

The piano melody was the first thing I had, it had been looping in my brain for months. The lyrics came late one night in the recording studio, and I presented it the next day.  We were in the middle of making this rock n’ roll record, and I had this weird little song.  I was afraid to show it to Jimmy [Jimmy Sutton – collaborator, bassist, producer] because it was so out in left field, especially compared to the other songs we’d recorded for the album. Jimmy was very excited about it, and we recorded it right away.  Even though it had little in common with the other songs on Signs & Signifiers, it seems to fit right into its place into the album.

We shot that video on the same ranch where I grew up in Southeast Oklahoma.  My parents still operate the ranch, raising registered Brangus cattle.  Our first video for “North Side Gal” was shot in Chicago, in Jimmy’s studio at Hi-Style Records.  Since I flew up from Oklahoma to Chicago, we wanted the next thing to be where Jimmy travels to Oklahoma. The idea was that Jimmy was bringing his mobile recording unit down to capture some stuff, sort of like the Lomax field recordings – he has this great old Ampex portable recorder.  On top of that, we just wanted to capture a lot of the landscape down there.  We were watching things like Terrence Malick’s Days Of Heaven for inspiration… one of my top five favorite films of all time.

It was difficult, but we had a great time even though we were completely exhausted.  Jimmy and his friend James had driven straight through from Chicago down to Southeast Oklahoma, and every day, we’d get up at 4:30 am to take advantage of the beautiful light that occurs just before sunrise.  We’d shoot all day, then talk about shooting at night. My mom cooked us these huge lunches and dinners, the Chicago guys had their first chicken fried steak, and had their first beans and cornbread.  My dad would show up in the early morning with biscuits and chicory coffee, and would help wrangle the cows.  Cows aren’t easy to work with! 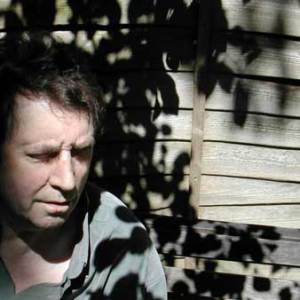 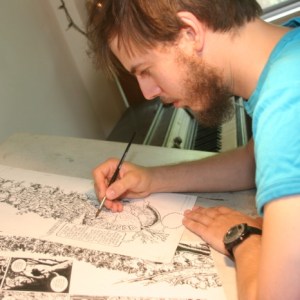