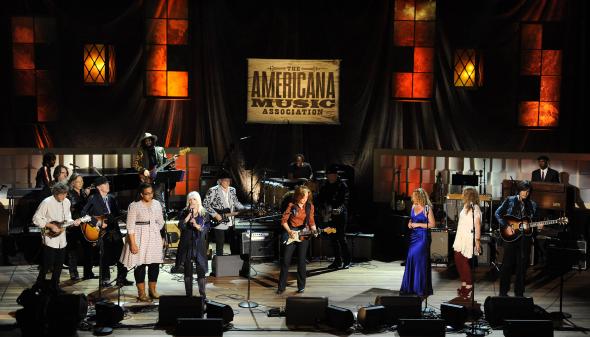 PBS will air a new episode of Austin City Limits this Saturday. Filmed in Nashville, it focuses on the eleventh annual Americana Honors and Awards ceremony, held this past September at the Ryman Auditorium. Alabama Shakes, Booker T. Jones, Richard Thompson, Hayes Carll, The Mavericks, and Jason Isbell are among the eighteen artists who perform during the broadcast.

Saving the best for last, the episode ends with an emotional “supergroup” performance of “The Weight.” The song may be familiar, but the lineup is pretty rare, featuring Bonnie Raitt on slide guitar, Larry Campbell on acoustic, Booker T. on keys, and a handful of powerhouse singers — including Emmylou Harris, Amy Helm, Brittany Howard, Teresa Williams, and the Alabama Shakes’ Brittany Howard — on vocals. It’s a moving tribute to the late Levon Helm, and you can watch it here, two days before it hits TV.

“On a night filled with incredible music,” says Austin City Limits Executive Producer Terry Lickona, “the emotional and musical highlight was an all-star tribute to Levon Helm, who in many ways had become the embodiment of what Americana music represents today. He himself had stood on the same stage just two years before, and his spirit uplifted every artist who came to honor him. It was magical.”

No False Bones: The Legacy of Levon Helm

On a related note, The Civil Wars — winner of the 2012 Americana award for “Duo/Group of the Year” — were the focus of last week’s Austin City Limits. Joy Williams and John Paul White have been fighting a civil war of their own; the two cancelled all their 2013 tour dates several days after the episode aired, citing “internal discord and irreconcilable differences of ambition,” and their Twitter page currently recommends that fans follow Williams and White’s individual pages instead. Looks like we won’t be catching them on the road anytime soon, but we can still watch their entire ACL broadcast, which seems to have been filmed during peacetime. 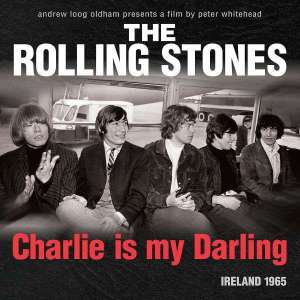 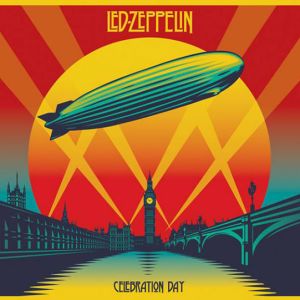