“In a lot of ways this record grew up alongside of us,” says Luke Shippey, one part of the electronic trio Wavedash. Just four years earlier, the band, Shippey, along with Gavin Bendt, and Michael Stone, were still teenagers, fresh out of high school, skipping college to move into a house and make music together, all culminating in the band’s debut World Famous Tour.

“There are a lot of things that come with growing up, turning 21, and all that jazz,” says Shippey. “Making music has been our full time job since then, and our life, our evolution of being three best friends in a band is very closely linked to the sound of this album. I feel like we did a really good job of capturing what it’s like to be starting in the music industry as teenagers, growing into adults, and everything we loved about electronic music.”

On World Famous Tour, Wavedash hit all the corners of the globe, sonically. There are no limitations, no box around the electronic music. Drawn to more genre-twisting artists like Aphex Twin and Hudson Mohawke—evident on the band’s 2018 singles “Move Back” and “Deathwish” in 2018 and debut “Bang” in 2016—the Austin-bred trio never molded music around a “single” mindset. On World Famous Tour, Wavedash have curated a sequenced narrative fused in youthfulness and love, all melted in an electronic synthesis of future bass, indie, pop, dubstep, and other musical roots.

Opening on the dub-doused “Find Yourself,” World Famous Tour trickles into a perkier stance with “Dummo Love.” Through all its senses, World Famous Tour treks to a different beat, through the blissful bursts of “Satin Crush,” and hip-hop rubbed “Lemon Nades” (featuring LA-based producer noon) and “Ultracover.” The piano interlude of “Left Behind” and pulsing “Stallion,” featuring fknsyd, seque somewhere else on “Don’t Fight It,” featuring Wylie Hopkins, shifting gears into more indie-pop elements with enchanting swells of “Void; Reciprocate, Love,” and “By Any Means,” and meditative “Hold Still,” before its captivating close of “Shi(f)t.”

“There’s a motif of love,” says Bendt of the running thread through World Famous Tour, “love between a person and their significant, and a lot of the lyricism on this album talks about like relationships, emotions, but it all comes back to selfless love.”

In the earlier days, the band were in a collective creative rut, just out of high school with the realization that this, music, is their job. “It sort of hits you like ‘oh, this is it. This is my job, so I really need to kill it,’” says Shippey. “In that earlier timeframe, we got a little less confident in ourselves than we should have been.”

Connecting with DJ and producer Porter Robinson, who has supported the band since its inception, was a confidence boost for the young artists, who say struggled finding their early on. Transitioning from their teens into adulthood over the past few years, most songs moved through multiple versions, and sequences, says Bendt, and eventually magnetized. “When you work on something for four years, you get introduced to new things and you start making different music,” says Bendt.

Another breakthrough, says Shippey, was when the band first encountered what would later become the second song on the album, “Dummo Loop,” an energetic track Stone had written and initially kept to himself. “He played it and just kind of brushed it off, and me and Gavin said ‘wait, this is amazing. This is like, the most fun song I’ve ever heard,'” says Shippey. “That breakthrough really pushed us in a different direction of ‘we can also be a band that makes like really fun, happy music.’ A lot of people say we’ve moved into more of a future bass direction, which on paper is kind of correct, but I feel like our music exists in a space that’s our own.”

Bendt adds, “I think we cultivated this sound that gives us a lot of room to be ourselves and through that, the direction and the confidence all adds up. We really do feel like we’re in a place where we can do whatever we want.”

Another near-epiphany for the band was that they didn’t have anything to prove, a piece of advice mentor Robinson shared early on. “Between the three of us, we were making bass music and playing dubstep shows, but in our free time, we were listening to a lot of different genres of music,” says Shippey. “We’ve always been enamored with all kinds of music, and there was this sort of desire to prove to people that we’re not just good at this—we’re good at so many other things—and it’s really easy to get wrapped up in that.”

Referring to Wavedash not as “production trio” but as a band was another critical component. “Calling ourselves a band is sort of breaking people’s preconceptions of what it means to be a band and what a band looks like,” says Shippey, “because in a lot of ways, we are like a band at heart.”

Through all their genre-bending experiments, it’s always Wavedash, no monikers or aliases, which some electronic artists tend to use once they step into House or another genre outside their “box.”

“That’s always confused me, because it’s all you,” says Bendt. “You’re the creator of all of this stuff, and all this music is coming from you. All of it can exist under the same umbrella. There are a handful of artists that paved the way for us to be able to do that sort of thing, where we can put two traditional dubstep songs on our record and also have a full-blown orchestral piano interlude, drum and bass, then an indie song at the end.”

Stone adds, “Writing this album was something we actually felt was essential to us as artists and not just as growing people. All of our favorite artists write albums and there’s a really specific feeling and experience you can get. The lasting effect of an album on somebody’s life is something we are really kind of enamored by and love dearly.”

Still finding new ways to fuse their communal fixations of indie alternative, electronic and bass music together, Wavedash are still in progression, and never shy away from wearing their influences on their sleeves. “We’ve honestly taken it [comparisons] as a compliment in the past,” says Stone. “People always talk about finding really small artists and not wanting them to blow up, because it’s this secret that they found. I couldn’t feel more incredibly opposite. When you love something, the best thing you can do is bring it up.”

He adds,” We’re always drawing from Daft Punk, Justice, Skrillex, and all these people that paved the way. It’s not something we’re terribly embarrassed of because it’s the music that made us who we are, and it’s the reason we got into producing music.”

Many of the songs on World Famous Tour started when the band were still quite young, with each band member writing individually then fleshing each track out together in the Bendt’s bedroom, which was converted into the Wavedash studio. “There is this inherent beautifulness that runs throughout the entire album,” says Bendt. “I feel like we really captured how it felt getting into the music industry and meeting a lot of people that we looked up to forever and holding on dearly to the things that inspired us to become musicians.”

Everyone brings something different to the table, says Shippey. “My ideas are always different than Gavin’s and Michael’s,” he says. “That’s also a huge source of inspiration, because there are a lot of demos that Michael and Gavin make that I could have never thought of myself, and vice versa, so it’s like we remix each other’s songs.”

There’s a very specific sound to a finished Wavedash song, says Stone. “Luke and Gavin have a very distinct sound that I kind of like it,” he says. “Obviously, we’re all a part of Wavedash but everyone’s individual style and taste is really very potent. Having three creatives writing in the same group can be tough at times, because we all have ideas, we want to get down, but I think that’s what makes it fun.”

Wavedash are proud they resisted swaying their sound to any outside consensus. Crossing genres as they please, and melding every piece to perfection, that’s all part of the magic.

“I feel like the real testament if a song is good or not, is that I can still listen to this album and like I’m not sick of it,” shares Shippey. “Now that it’s done, our path forward is a little bit open ended, which is exciting, because we’re already on to newer and better.”

Shippey adds, “We’ve always said if any of us weren’t in this band and this album came out, it would easily be our favorite record of the year. That was our intention at the end of the day, to try and make our favorite piece of music. I can confidently say for the three of us that this is our favorite thing we’ve ever done as a band.” 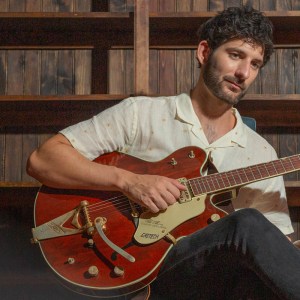 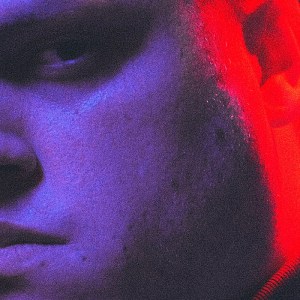