Waylon Payne now lives in a farmhouse not unlike the one you see in Tobe Hooper’s 1974 classic, The Texas Chainsaw Massacre. Stretches of farmland frame the little town of Menard, Texas, far removed from the glow of Nashville, and the rented home allows Payne plenty of downtime, as isolated as it might be. “The first week I was here, I had to reel myself in because I was watching too many crime dramas. It seemed like my life was suddenly ‘Oh, he lives in a small house out in the middle of nowhere,’” says Payne in his best creepy movie trailer voice.

It seems appropriate then that his brand new music video for “Back from the Grave,” a cut off his 2020 studio record, Blue Eyes, The Harlot, The Queer, The Pusher & Me, carries with it a haunting, horror movie shine. “It’s a continual shot of footage, and it was odd to do at first,” Payne tells American Songwriter. “Going out and digging myself up out of a grave, I started thinking about ‘Carrie’ and the hand that comes up out of the ground at the end. I got me a new suit and went out and dug in the dirt for awhile.”

The video, directed by Emily McMannis, Ashley Mixson, and Anna Liddell, and produced by Kirsten Balani, was filmed outside of Nashville about a month ago, and its vintage feel simply adds to the eeriness. “The whole thing really came together quite quickly. I didn’t really know what was going on until we were there on set,” he continues. “They had a bulldozer and got us a couple scoops of dirt. There were random carrots in there, too, from a carrot field that had been gone for awhile.”

Co-written with Brandy Clark and Clint Lagerberg (Keith Urban), “Back from the Grave” came down like a bolt of lightning. “The song is really a testament to putting your best foot forward again. It’s all about honoring and respecting a life you’re living and making a conscious choice to live your best life. Respect the fact that you were almost dead and some people helped you get out of the trouble─and move on. It’s my prayer of thankfulness.”

Weeks prior, Payne met Lagerberg through a writing session set-up by his publisher. “And we just clicked,” he says. That initial meet resulted in another album cut called “Precious Thing.” “It fell together really nicely, you know. A couple weeks later, I had another one,” recalls Payne, “and Brandy joined us. She’s just a darling and a pleasure. The three of us just sat down, and it came out within a few minutes. It was a pretty special write that day.

“I’m bad about this, but I was just getting to know her at the time. For a long time, I had stopped listening to radio and everything. When I moved back to Nashville, I found a roots radio station that piqued my interest and plays mostly Americana. I started listening to that, and it got me familiar with all my contemporaries, if you will. She and I had a few things in common, and it was neat to sit down with somebody in the business that I admired.”

With the release of last year’s Blue Eyes, The Harlot, The Queer, The Pusher & Me, Payne finds himself stronger and in a better place than ever. “The album coming out allowed for a great deal of healing. I still learn things about myself in these days of not doing drugs anymore. It’s a relearning. I love the fact I can get up and do shows and be coherent. I try to spread love. I was almost dead, and I’m not now. I had a miracle.”

Living out in Menard certainly helps in that continued healing. When the pandemic hit the one-year mark back in March, Payne was anxious and desperately needed a change of pace. “So, I hired a friend to help pack up my house, and I got out of there,” he says. “Now, I’m fading away into obscurity. I’m writing songs for the next record maybe ─ and growing corn.

“I started to remember some of the better times in my life and the people I’ve loved immensely,” he adds, teasing what’s to come. “I started writing some love songs. I’ve been taking a look at my life and all of the loves I’ve had and all the ways they affected me or made me better.” 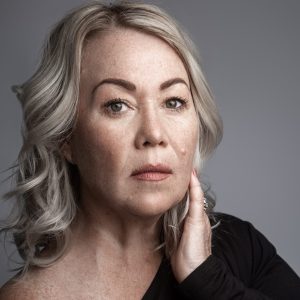 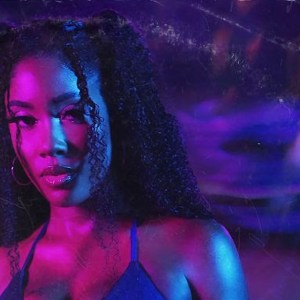