It’s often said that the right song can support you for life, but very seldom does anybody write that song. But Gary Portnoy did. He co-wrote a song that not only was a key component of a prime-time television hit for over a decade, but is almost part of the social fabric of America and beyond. It’s “Where Everybody Knows Your Name,” most commonly thought of as the theme song from the TV show Cheers.

The song was written by Judy Angelo Hart and Portnoy, who also ended up becoming the singer of the song. In the process, he became one of the world’s most famous singers nobody knows the name of. Portnoy talked to American Songwriter by phone from his home near New York City about how the song determined the course of his life from the first time it was broadcast.

“The winner of The Voice in Holland, her name is Sophia [Kruithof], she just released her first single after winning the competition,” he said. “And it’s called ‘Where Everybody Knows Your Name,’ and it’s the first time that that song has been released where Cheers is not mentioned. It just says ‘Where Everybody Knows Your Name.’ And it made me feel really good – not that I don’t love Cheers, but I’ve felt for a long time that the song separated from the mothership a while back, and has its own life in the world.”

After the song helped make Cheers a weekly part of American life for many, Portnoy went on to compose the themes for TV shows like Punky Brewster and Mr. Belvedere. He’d already written for Dolly Parton and Air Supply and had his own record deal as an artist, so writing TV themes wasn’t his original aim, and the success of the Cheers theme led to his being typecast.

“In the performing arts, and especially in California, you really do get pegged for what you do,” he said. “If you do something well once, they kind of assume that’s what you do. It wasn’t necessarily a matter of being pegged, but of so many opportunities coming along. And what nobody really knew was that I never intended to be an artist anyway. I got record deals, but I never really had the temperament or the drive to do that. So I was very happy to be able to be a songwriter, but I definitely became a TV theme writer without ever intending to be.”

He was also the person singing all the vocal parts on the version of the song that opened the show each week, as well as on the 45 single that was recorded and released once Cheers hit it big in the Nielsens. “It was on a little label in Beverly Hills called Applause Records, and I wasn’t even sure that I wanted to sing on it,” he said. “We were supposed to do it with a big producer but that fell through, so they said to do it ourselves and we went in and did it. But I don’t know how many it sold, I never got paid for a single one. Not a cent. That was the record business in those days. I never got any sales figures. It turned out that that label had a lot of creditors, and as soon as the record started climbing the charts and selling, the creditors came forward and the label just shut down and declared bankruptcy.”

“Everybody’s got their war stories,” he said. “But before they [closed down], they gave Judy and me the ownership of the master recording. So thankfully, in this digital age, where there’s all this renewed activity and discovery, we actually own the master of the 45. If somebody wants to use that master, they have to contact us for the license. If they want to use the recording from the television show, they have to go to CBS, who owns it now. It wasn’t nice at the time, to have a song all over the radio and charting and not get paid when it sold. But it all worked out in the end.”

“I just had the best year I’ve ever had with this song in 38 years,” he said. “Domino’s did a commercial in the spring, which was unfortunately cut short by Covid because there was no social distancing in the commercials. A company in New Zealand called New Zealand Clubs licensed the song. In August Applebee’s licensed the song for a three-week campaign. And now in Holland, Sophia’s recording is being used for Rabobank. The income sources are many and varied. They come from the Orchard, which is a digital distribution platform, they come from Sony, the publisher of the song, and they come from these licensing fees. There are standard fees that it gets for different types of performances, on cable, on network, on digital, on new media – I’ve learned about it over the years and it’s an amazing thing. And we get ASCAP [payment] because anytime the song is played anywhere there’s a public performance element to it.”

“I’m lucky because the vocals have turned out to be the golden egg,” he continued. “Because every time [a business] licenses the song, in most cases they license one of the recordings, either CBS’ or mine, and I did six vocals on that track. So I’m basically six singers. When they license that recording they wind up hiring six singers. They don’t realize that until it’s the last thing they find out about. They license the song from Sony, and they license the recording from CBS, and then they find out they [have to pay] six singers. Which is a good thing for me. I had to join the Screen Actors Guild to sing that song, because it was being used under a SAG contract. Just like the actors in the show had to be in SAG, I had to be as well. It’s one of the best things that ever happened to me. At the time it cost me $600 I didn’t have to join the union, but it turned out to be the only part of the song that’s union-protected.”

Where it’s almost assumed that Portnoy must have lived in LA to enjoy success in TV, he said he never left the Empire State. “I never lived in LA. People thought I did, but I didn’t. Judy and I both lived in New York, and if we had to we flew out to LA for a recording session. I didn’t really know the cast, I met them at cast parties or whatever. But they had to go to work for 11 years. I tell people I worked on Cheers for an hour in 1982.”

Portnoy said that he never could have imagined that writing that single song as a young man would determine the direction of the rest of his life. “I can only say, with the greatest of humility, that it’s been the most amazing blessing in my life. I was 25 or 26 years old. Without sitting down that one day to write that one song, I don’t know what my path would have been. I might have been flipping burgers at Applebee’s instead of being in the ad. Not that there’s anything wrong with that! Anybody can call it what they want, but I call it the hand of God, this incredible fateful thing.” 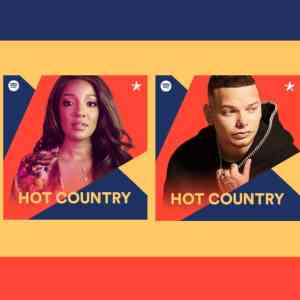 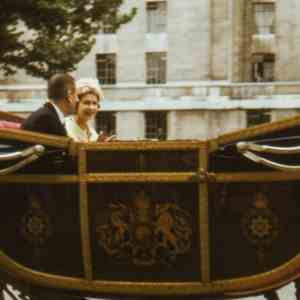