Cody Cannon is not a man of many words.

When asked a question about himself and his insane talent, he’s usually one to give a shrug or a short answer. It’s rare for Cannon to spend much time dwelling on the past success of his band Whiskey Myers. And frankly, he could care less about what anyone else is doing within the country/Southern rock genre.

“I like to keep my blinders on,” the Whiskey Myers lead singer says with an honest chuckle. “I do my thing. I don’t have social media or anything like that, so I couldn’t watch what they are doing even if I wanted to. (Laughs.) Honestly, I don’t give a shit what anyone else is doing. Our fans have embraced us because we haven’t followed the rules of a certain sound or genre. If you don’t put yourselves in that box, you have the freedom to do whatever you want.”

Nevertheless, the overwhelming and growing popularity of the band from Texas is worth noting. The fact is that the band’s success had been simmering ever since they broke out on the music scene back in 2007. But it was last year that Whiskey Myers found themselves within a virtual inferno of accomplishment.

“We have always wanted to just do our own thing,” says Cannon, who shared the stage with none other than the Rolling Stones last year at a show in Chicago. “I mean, there is no magic formula.  We hang out and and we make music. And when you do it that way, its real and it’s authentic. And last year, more than ever, we realized that our philosophy was working.”

Indeed, that philosophy could be heard in every note and every lyric of an

album that they wrote and produced and arranged and heck, they even did the artwork all by themselves.

That album was their self titled, fifth studio album Whiskey Myers, and has already spawned their first Top 20 at Active Rock Radio this week with independent release “Gasoline.”

“We had worked with (producer) Dave Cobb the past two records,” recalls Whiskey Myers lead guitarist John Jeffers. “We figured out it was time for us to try to do it ourselves and if its terrible, we would get a producer to come in and polish it up. We were at this point that we thought that we might as well try. We are not getting any younger. Let’s give it a whirl. So we jumped in there and were proud of what we were able to do.”

With the album finished in July of 2018 and not released until September of 2019, Whiskey Myers has had much time to digest the music that they were able to create during that time during their always electric live show.

And it still feels good.

“Once you see the fans response to the music, you take it all in and you go back and look at it differently,” explains Jeffers, who found himself playing alongside his Whiskey Myers bandmates at 130 shows last year alone. “Some people take certain songwriting a completely different way than how you wrote it to begin with. I mean, “Glitter Ain’t Gold” was like that. That was a song that we went back and looked at it from a totally different perspective once it was out because of the fans.”

Time has also allowed them to go in and take their songs into a whole new direction acoustically during some of their live shows.

“There is nothing like taking a vibrant song rock song and turning it around and unplugging it and showing the true integrity of where that song began,” Jeffers says. “Our fans are drawn to that.”

And their fans? Well they are a loyal bunch.

So will they try to do it all on their own again with the next album?

“I would say most likely,” contemplates Jeffers. “I mean, we were pretty proud of the product we put out. (Laughs.) We aren’t the kind of band that plans much out in advance.  We tend to fly by the seat of our pants.”

Of course, that attitude lessens a little bit when your personal life now includes everything from wives and kids and an onslaught of responsibilities.

“We don’t have the luxury of time anymore,” adds Cannon about the sheer act of songwriting. “You just do what you do when you do it. When there is inspiration, you bang it out.”

And then, Cannon pauses.

“Every day, I’m scared the words won’t come,” he confesses. “As a songwriter, you always have those times when you are searching. You are always chasing a way to do something better.”

And then, he laughs.

“I don’t know shit,” Cannon then claims. “But I do know that if you just go out there and get better and let the chips fall where they may and just be ourselves, it’s all good.” 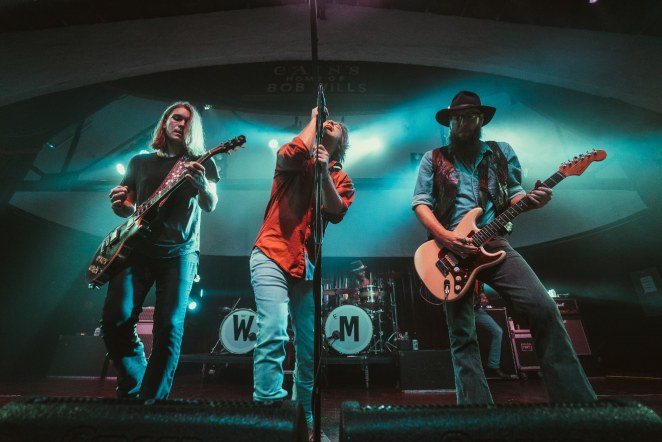 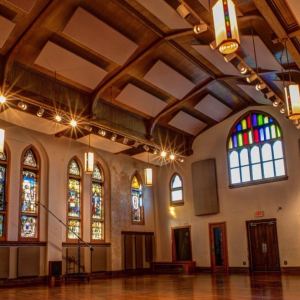 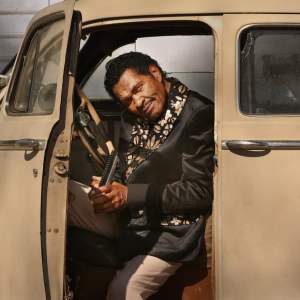