It’s a Saturday night at 10 p.m. and Aaron Watson is out.

Well, he’s in his garden.

“It’s the craziest thing,” the self-made country music mainstay tells American Songwriter as the pandemic continued its cruel hold on his beloved state of Texas. “For the last 20 years, if its 10 p.m. on a Saturday night, I’m on a stage somewhere. It’s crazy how much things have changed.”

Indeed, in recent months, the country crooner with the heart-filled lyrics says that he spends most of his time tending to the chickens in the hen house and driving his kids around and writing songs.

He’s writing a lot of songs.

But during this increasingly turbulent time in our country, the 42-year-old that has always led with his heart is not writing the kind of songs you might think.

“I’m not going to be the writer that just goes and capitalizes on ‘the moment,’” says Watson, as he yells for his son Jack and daughter Jolee to jump in his truck for a quick errand. “I don’t want to be another opinion. You just have to be focused on the positives. I want to give my fans the feel good song that you can turn up and forget about the drama surrounding us at the moment.”

So, Watson decided to release his new single “Whisper My Name,” a lyrical trip down a memory lane that Watson can still recall from his early days as an aspiring country artist.

“I wrote about where I was at at the beginning of my career,” he remembers. “If I wasn’t on a stage, I was seeing a show, because for me that was like going to school. We were just having such a good time.”

“Back in the day, before a show, we would get in the crowd and dance and meet and greet. The meet and greet back then didn’t come to me. I went to them.”

Written last year alongside Phil O’Donnell, “Whisper My Name” also delves into the specific steps Watson took on his way up the country ladder, with many of those rungs taking place within the halls of the ole Texas Hall of Fame in College Station.

“We would play all over the state,” recalls Watson, as he stops for a moment to greet the cashier at his local gas station. “In one weekend, we could have 50 people in Amarillo and 30 people in Fort Worth and then we would go to the Texas Hall of Fame on a Saturday and 2,000 kids would be there. Those shows not only supported us financially, but they helped us believe in ourselves. It proved to us that we had potential.”

But like everything else, those days ended when the Texas Hall of Fame got sold, got demolished and became a Walmart parking lot.

“For me, I loved having a catchy chorus but I also wanted there to be lots of meat in the verses of this song,” says Watson, whose latest album, Red Bandana, debuted at No. 2 on Billboard’s Country Sales chart last year. “’Whisper my Name’ is one of those songs that bring back a memory. It’s a song, that, whether its something that happened last summer or 30 years ago, it just gives you that nostalgic feeling. (Pauses.) I love the acoustic singer/ songwriter stuff and I like the mainstream stuff if its real. You can tell if it was written by six guys just trying to regurgitate a hit. For me to sell these songs, I have to believe in them.”

And he believes in this one.

Heck, he has a whole album filled with ones he believes in.

“We wrote the album last year and I think it will come out in January,” says Watson, who joined George Strait, Robert Earl Keen, Willie Nelson as the newest member of The Texas Cowboy Hall of Fame. “It’s all about the American soul. It’s about unity and believing in our country, but to be honest, I don’t want it out now because everyone is out there making statements.”

Watson stops back at home to switch cars and then take Jolee to the Western store in town because her boots no longer fit her, but she’s looking for her iPad, so he has more time to talk.

“We are so blessed to live in this country. Even at our worst, we are living where everyone in the world wants to be. We just have to love one another and appreciate the good times while we have them.” 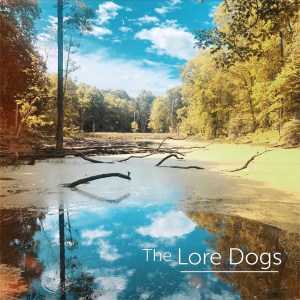 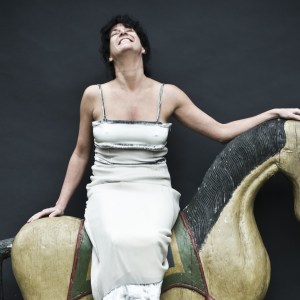