Describing The Ballad of Uncle Drank is much harder than just sitting down and enjoying it. To sum it up, it’s a podcast/mockumentary featuring actors singing songs that are drawing actual airplay outside of the life of the show. It might soon be much more than that, with Uncle Drank himself, played by beloved comic Will Sasso, scheduled to tour the material, and televised and animated versions of the character in the works. Let’s just call it traditionally great country music songwriting arriving in untraditional media.

The Ballad of Uncle Drank, available now at SiriusXM and all major podcast platforms, is the brainchild of music entrepreneur Jared Gutstadt and his cohorts at Audio Up Media. Over eight episodes, we hear Drank rise from jingle-writing obscurity to the top of the music world before tumbling back down again. The story is told in flashback by his best friend, a talking blender named Blendy (voiced by Billy Zane), which should clue you in to the anarchic spirit of this project. In addition to appearances by top acting talent like Sasso, Zane, and Luke Wilson, music luminaries like Uncle Kracker, and Snow chip in on the original songs.

According to Gutstadt, the idea for a podcast of this kind germinated from frustrations with getting his songs placed in the usual locations for success, even when they came with big names in music attached. A few years back, he wrote a song called “Biggest Dock on the Lake.” But instead of trying to pitch it around, he imagined a different outlet for it, and Uncle Drank was born.

“I wrote Uncle Drank’s whole backstory from the 1970s, ’80s, ’90s into the now as a fictional Gulf and Western star who has one-hit wonders across every era,” Gutstadt explains. “Everything from his version of ‘Take This Job And Shove It’ to ‘Red Solo Cup’ to ‘Ticks.’ This is an artist who has blendered his way through musical history. He’s lovable and always has a sunburn. He’s anti-sleeves, anti-closed toe shoe. Loves wrap-around shades and hates child support, loves getting married, and hates getting divorced.

“We know what this guy ate for breakfast in ’77. That all became the telling of the Uncle Drank myth, which is our first ever No. 1 podcast in the music space,” he continues. “It also led to our music being placed anywhere where country artists would want their music.”

As Gutstadt and his team put the show together, unforeseen circumstances forced them to find a new leading man at the eleventh hour. Enter Sasso, and Gutstadt couldn’t be happier. “We stumbled into a much better solve,” Gutstadt says of the casting. “This is someone who wants to tour it, someone who is fast on his feet, who really, really embodied Uncle Drank. Things happen for a reason.”

Sasso was excited to be asked and participate in a project so different. He quickly came up with Drank’s blustery vocal tone and the creators loved it. “I saw him quite clearly after they said what he is,” Sasso explains. “I applied the voice tonality of what I thought he should be. Kind of a full voice, almost annoying, very big and friendly. It’s kind of like a super-wasted Toby Keith with a cold.”

In addition, Sasso gives Drank an innate charisma that makes you root for him even for all his missteps. “Your audience is riding with this character, anyone who is listening to every episode,” the actor says. “You want them to sympathize with the guy. I wanted to make sure he was likable enough. And it’s in the writing. You either like him or you don’t. We’re not doing The English Patient or something here. I thought if I could bring something like 10 to 15 percent humanity to him, it would be enough for this.”

As for the original songs, Gutstadt and his collaborators walked a fine line between parodying the genre and celebrating it. “We knew what we wanted Drank to be and we knew what we didn’t want him to be,” Gutstadt says. “We love comedy, but we also respect and love country music. I knew that Uncle Drank had to be someone who was accepted and would fit in in Nashville, and that was the hardest challenge.”

Sasso marveled at the songwriting productivity of the Audio Up team. “These guys, over the pandemic, wrote 400 or 500 songs, it seems like,” he says. “They never run out of songs. It’s like, ‘Oh, we got this one, and we got this Christmas one, and we got these seven other Christmas ones.’ Like, gee whiz, stop. (Laughs.) They have so many songs. Zach Selwyn and Jesse Siebenberg and Jared Gustadt, these guys are music guys. That, for me, is a super geek-out thing. These songs are awesome. These are all songs if they’re played on county radio, I would give them a listen. And some of them are better than that. I was really blown away.”

That’s why, when you hear tracks like “Whatever Don’t Tequila (Will Make You Stronger),” you might be forgiven for thinking it’s a hot new artist singing it, instead of a fictional one. “There’s something very charming about the character of Uncle Drank,” Gutstadt summarizes. “You want to have a beer with him, wrap your arms around him. I’m hoping that more people discover him, and we take him out on the road and it will grow, just like any other artist’s story. Think of it as a comedy concept record for the country space. It’s an elevated way of breaking an artist. And Uncle Drank, for all intents and purposes, is an artist.”

As for the man who embodies this one-of-a-kind creation, Sasso hopes that The Ballad of Uncle Drank finds room for a few new verses. “It’s such a cool, dorky thing,” he laughs. “Here’s this thing you did, and now it’s back, it has a presence. Whether it’s music or some other avenue for the character, it’s really cool. Because from my perspective, it’s this interesting property that keeps on showing up because it can exist in comedy and music, perhaps animation or whatever. There are so many different ways for it to go down, and I enjoy doing it. So it’s really cool to know that here’s this fun thing that we can all sort of hip-pocket. And then we can all get together and have some fun cranking the Drank, as they say.” 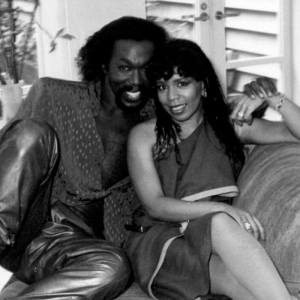 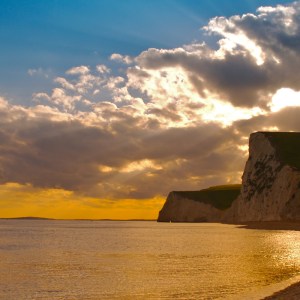