Was that written for The Colbert Report or before?

We were playing around with it before The Colbert Report, and it seemed like it would be fun to play a song that wasn’t on any record and use the opportunity to play something that was exciting and new to us. Then all that Joe the Plumber crap started happening so we thought it would be funny to play “Wilco (The Song).”

It’s very catchy. I’ve been singing it all day in my head.

The song “I’ll Fight” has some similarities to “On and On.” Do you agree?

Not that I hear, no, I don’t agree. I mean, I don’t doubt that it’s there, I’ve heard someone else say that, but musically, they’re very, very different, and emotionally they’re very, very different, so I don’t hear it. I mean, I hear there’s a repetitiveness in the choruses on the songs that are similar, but beyond that, I don’t think of them as being related. Other than, just as much as any songs I write are inherently related to each other.

In the song you sing “I’ll die like Jesus on the Cross,” How do you imagine that will play in different parts of the country?

I have no idea. First of all, I don’t know why it would be anything offensive to anybody, if that’s what you’re asking. It would never stop me even if I did think it was something offensive. I think from the character’s perspective, that’s definitely a noble way to die, for a principle. If somebody can’t understand that, they’re offended, interpreting the song with me equating myself with Jesus or whatever, that’s, as most is often is the case, based on their ignorance, and I have no sympathy for them.

Did you have a similar transformation to the one that you sing about in “Solitaire”?

Well, I mean, yes. I’ve definitely gone through a pretty major significant life change over the past couple of years. I think it’s pretty well-documented, and any healthier person who took a lot of pain killers, and was an addict, and struggled with those kind of things, I don’t know if you can have much more of a profound crossroads in your life than something like that. But having said that, I don’t know if that song is about that. I think it’s still sort of character-driven, in a way, I don’t know if I’m really singing from that experience. I never felt personally that I was “cold as gasoline,” so I can’t identify with that part of the song; except that I know people who I imagine to be able to look at the world without as much emotional upheaval as I tend to do.

With “You Never Know,” do those lyrics address your audience in a way?

Well, all lyrics address your audience. Every thing you write addresses the listener. So I don’t know if I know exactly what you mean. Am I telling our fans that, no [laughs]. No, it’s character-driven as well. Someone pretending to have a certain handle on things and that they don’t really have, when inevitably, you never know. It’s a pretty straightforward sentiment. In overwhelming evidence, you don’t ever know.

To read more of our interview with Jeff Tweedy of Wilco, click here to purchase the issue. 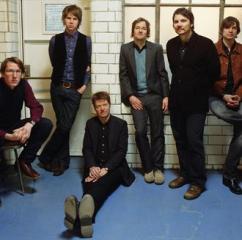