When Tyler Bradley Walker and Matt Heim began playing music together in 2004, it was the beginning of a years-long journey that would ultimately change both of their lives.

Since 2013, the two virtuosos have been collaborating on Gone To Color, a vibrant synth-pop project complete with sophisticated songwriting boasting a transportive, wonder-inspiring quality. Ahead of their debut album—Gone To Color, a self-titled, years-in-the-making opus due in October—the duo has been releasing a string of singles, including “The 606,” an uber dreamy bop featuring Jessie Stein of The Luyas and “Voyeur Nation,” a driving track with pulsing synth-scapes and entrancing vocals from Merchandise’s Carson Cox.

The arrangements on both these singles reinforce the aforementioned “virtuoso” descriptor for Walker and Heim—when they met, they were both studying music at the University of Cincinnati, getting an intimate relationship with the mechanics of music at an early age. Now, with Gone To Color, they’re getting to put their talents to use, crafting songs with refreshingly original chord progressions, intricately-layered synth voicings and deeply resonant moods.

Walker and Heim aren’t alone either—in addition to Stein and Cox, the duo are joined by a whole crew of accomplished collaborators, including Martina Topley-Bird (of Massive Attack and Tricky fame), Richard Devine, Ade Blackburn of Clinic, Kurt Wagner of Lambchop, Angus Andrew of Liars, Pat Sansone of Wilco and Brian Deck (Modest Mouse, Grandaddy), who produced the whole affair.

So, as you might guess, Walker and Heim have come a long way since they first crossed paths on campus in 2004. Nonetheless, they can still remember the magical night their musical collaboration began in earnest like it was yesterday.

“Tyler was starting his doctorate as I was starting my master’s and we became friends right away,” Heim recalled. “I was in charge of running the music halls at the school, so I had the keys—one night, the two of us got together, pulled out some Steinways and just played for… I don’t even know how long! Hours. It felt really good.”

For the most part, Walker tells the story in the same way, with one key additional detail: “I like how Matt phrased it—‘We pulled out some Steinways,’” he said with a chuckle. “But we pulled out some synthesizers too. That was fun. We collected as many instruments as we could in the room there and just started jamming. We haven’t stopped since.”

Things kicked into high gear after the two graduated and Walker got a gig as a studio director—that’s when their collaboration really began to come into fruition as a proper project. “We had access to all this stuff,” Walker said. “We’ve always viewed the studio as a tool, you know? It’s a tool to create music. I’ve always loved not having something written out when entering the studio—there’s a lot of improvisation. With our songs, we don’t really know what we’ll end up with from the start, there’s a lot of change over time. But it takes effort—as far as that stuff goes, you either commit to the studio or you don’t.”

That last bit is a key ingredient to the formula of Gone To Color, and it’s one that Walker tries to pass on (nowadays, he’s a professor at University of Alabama). “One of the things I teach my composition students is that we have bankers’ hours,” he said. “You get up, you go to work, you write as much as you can and then you make dinner. I remember not wanting to go into the studio many times, but if I hadn’t… well, I can remember specific moments where I wouldn’t have come up with certain ideas for Gone To Color.”

Ultimately, after years of writing and recording ideas—racking up over 50 demos—Gone To Color began the process of narrowing down their body of work into a precise debut. But, just like with their songwriting process, they had a patient approach.

“There’s a lot more leverage with a first release than there is with a second one,” Walker said. “With a debut, you’re not ‘under the gun,’ so to speak. So, things kinda just kept going and the process of collaboration pushed us in new directions. That’s what’s really exciting about collaborating: it’s very difficult to have one, specific vision. It’s going to be a multitude of ideas that come together for a final product, which is a good thing. It slowed us down a bit, but it was exciting.”

In the end, the variety of voices Walker and Heim brought in filled-out the record with inimitable character, their performances serving as the alluring face of each track. “The fact that these vocalists are on this record says a lot more about them than about us,” Walker said humorously. “The fact that they’re willing to investigate two guys who didn’t have a website… they don’t really know who we are, you know? I think it says so much about their desire to be creative and to want to experiment, to want to try new things. We’re very grateful and appreciative of that. Working with people who inspire you is always fun. It’s as simple as that.”

Working with people who inspired them ended up merriting inspired results—Gone To Color is a bold and evocative debut, introducing the listener to a rich world of composition and reflection. And for Walker and Heim, who’ve spent the better part of the past decade working on it, finally getting this record out is a euphoric moment.

“It just feels so good,” Heim said with a smile. “There’s been so much work and so many hours poured into this, to finally get it out feels amazing. It feels like we’ve accomplished something—and to do it with so many people who’ve inspired us over the years is even more rewarding.”

Yet, not letting the gravity of this debut slow them down, Gone To Color has kept at it with their tried and true process, meaning there’s even more music to come. “Yeah, we definitely have a lot of demos,” Heim said. “We can’t wait to share the rest of the music we’ve been writing on the next releases. We have so much music ready to go.”

After years of preparing, Gone To Color will soon be out there in the world. So far, the singles offer mesmerizing peeks into the universe, but both Walker and Heim are looking forward to unleashing the full thing. “Even though it took a long time, we never compromised,” Walker said. “That was really important. It’s been a painful birth, it’s been a long process. So, it’s a relief to break the ice. We’re ready for people to hear this record. It’s no longer ours. We can’t wait to hear what people think about it.”

Gone To Color’s self-titled debut is due in October 2021—listen to the new single “Voyeur Nation” below: 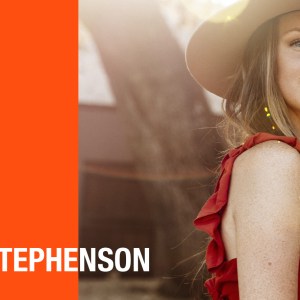 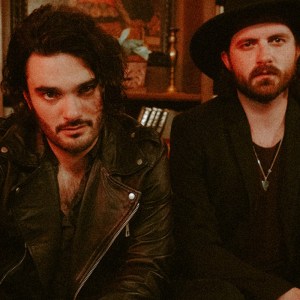