It was longer than a normal Grateful Dead show – some four hours – yet every moment was a true delight. It was a night dedicated to the power of timeless song, as the phenomenal Wild Honey Orchestra and a host of great and legendary artists, including the legendary Garth Hudson, performed an inspirational concert all of songs from the first two records by The Band (the “brown album” as it’s known) as well as Music From Big Pink .

Like their previous shows dedicated to the music of The Beach Boys and The Beatles, it was an exultant evening of timeless song which proved that which songwriters have always known: that the greatness of a great song never fades. It is a forever renewable source of power. These songs were genuinely great when first they emerged, and that greatness seems to only have increased over the years, galvanized perhaps by all the years of memories attached.

It’s a winning formula for a night of music. Gather together great, gifted and legendary performers with an amazing band, and perform only classic songs. It doesn’t get much better. Paul Rock, who produces these shows to raise money and awareness for Autism research, has a real gift for bringing together great people, and in cool combinations. He somehow convinced the reclusive Garth Hudson, legendary keyboard wizard of The Band, to not only make an appearance, but actually perform with the band. Garth, sadly, is one of the only two surviving members of The Band, along with Robbie Robertson. (Levon Helm, Richard Manuel and Rick Danko are all gone.)

The appearance of Garth would have been stunning on its own, but it was augmented by soulful performances by many other musical luminaries, all connected by this timeless music, including Jackson Browne, Syd Straw, Van Dyke Parks, Terry Reid, Peter Case, Carlene Carter, Victoria Williams, Sister Maud, Jerry Riopelle, Cindy Lee Berryhill, David Baerwald, Nick Guzman, Peter Holsapple, Julianna Raye, Sarah Kramer and many others.

The band was also composed of greatness, some of the finest musicians playing today, including guitarist Rob Laufer, who was the musical director and took many a great guitar solo, as well as Pete Thomas, Willie Aron, Neil Rosengarden, Sarah Kramer, Fuzzbee Morse, Carlo Nuccio, David Goodstein, Jim Lampesa and others.

The show was hosted deftly by the great music writer Chris Morris, who kept things rolling easily and also provided some deep and funny facts about this band, including that they called themselves The Crackers for a spell before reconsidering.

Garth Hudson performed towards the end of the show. Rather than take the stage in any prominent way, he quietly slipped on through the back and walked straight to the organ. There he sat with head downturned, completely obscuring his face behind a big black hat. Was that even him? Or perhaps a Garth impersonator?

Soon as he started playing however, there was no doubt who was there. Launching into a remarkably epic and inspired version of his famous solo organ fantasy “The Genetic Method,” which precedes “Chest Fever,” he immediately entranced everyone there. Later he delivered an extended piano solo before the gorgeous “It Makes No Difference” that was remarkable in its range and power, blending jazz, blues, rock and roll, Broadway, classical, folk and more into a soulful and seamless whole. It was amazing, and reminded us yet again why the guys in The Band, long before they had become The Band, went to Garth’s mom and asked permission to put her virtuoso boy in their group.

So many highlights abounded, it would take volumes to include them all. All of this material – much written by Robbie Robertson, and some also by Richard Manuel, Rick Danko and Bob Dylan – is powerful stuff, with no weakness at all. Certain ones, for this writer, really stood out however, and none more hauntingly than Richard Manuel’s remarkable chromatic elegy, “Whispering Pines,” performed so beautifully, in perfect two-part harmony, by Vicki Peterson and Susan Cowsill.

Then there’s “Tears Of Rage,” which Dylan wrote with Manuel and recorded on what became The Basement Tapes. Syd Straw performed it, and as with everything she touches, it was golden.

David Baerwald kicked off the whole show with “Across The Great Divide,” which was not only a perfect upbeat opener, but also lyrically linked so ideally to the profound division running through America today, and music’s ability to unify.

Sarah Kramer sang a wonderfully jubilant “Ophelia,” one of Robbie’s most exultant and horn-powered songs, punctuated by a great trumpet duet she played herself with the great Neil Rosengarden (who also played baritone in the band and wrote many of the charts).

Jackson Browne performed “Caledonia Mission,” also with Susan Cowsill harmonizing. When he stumbled momentarily over the opening, he stopped the band to start over. “Maybe I should have come to rehearsal,” he said to much laughter. Then he sang it flawlessly and with real fire.

Louise Goffin and Julianna Raye locked their voices together beautifully on “To Kingdom Come.”

Peter Case brought a great bluesy edge to “This Wheel’s On Fire,” written by Dylan and Danko. Rob Laufer, who played all shapes of great guitar solos throughout the night, delivered one on this song that was simply transcendent.

Legendary British artist Terry Reid was in the house, and his presence alone – sans any music – would have been reason to rejoice. But then he leapt into Robbie’s brilliant and historic “King Harvest” with a joyful passion that was infectious. Even those in the audience who had been glued to their seats all night were on their feet moving for this one.

It all ended, as did The Band’s final official performance captured forever in The Last Waltz, with Dylan’s “I Shall Be Released.” Led by Robert Levon Been and Sister Maud, and joined by everyone, it was an inspirational ending to a great night of song.

Afterwards, people spilled into the streets singing these cherished songs, hugging each other, laughing and smiling a lot. Though times have changed, as Dylan has reminded us more than once, one thing remains constant and real, and that’s the power of timeless song to nourish and uplift our souls. Thanks to Paul Rock, Wild Honey and your immense team of talented musicians and performers for a great show, with happy anticipation of the next installation. 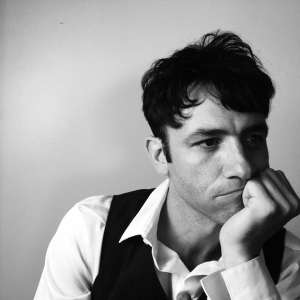 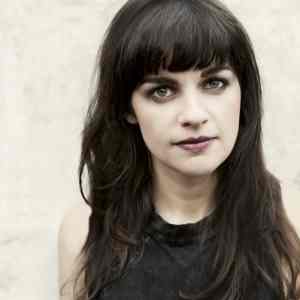