For country singer-songwriter Spencer Crandall, 2020 has been a groundbreaking year. “This time last year, I was sitting down in the kitchen with my manager, and we were thinking about, ‘Okay, what are we going to next?’” he says, calling from his Nashville home. “I was like, ‘What would I want my favorite artist to do?’ I feel like I’d want them to try something weird and different and cool and try to tell a bigger story.” That idea evolved into four EPs released over the course of this year, titled North, East, West, [and] South, all of which are now gathered in one place on his new release, Wilderness, which came out on November 6.

Crandall says this innovative approach is why he chose to name the project Wilderness, “Because you could define ‘wilderness’ as somewhere that nobody’s been before, nobody’s set up home. That’s what I wanted to do. I was like, ‘How will I do something really authentic that is really new and fresh and different, especially for country music?’” he says.

It seems that Crandall’s instincts were correct: when Wilderness was released, it debuted at #1 on the iTunes country charts and #4 all genre. It has earned more than seventeen million streams on Spotify and almost six million streams on Apple.

As for why his work is connecting so strongly with listeners, Crandall says, “I think people, especially in today’s day and age, are drawn to authenticity. I think we’re starving for it as humans because we see so much calculated plans [and] convoluted storytelling. So really telling a story as it is, even if it’s vulnerable, even if it’s hard to tell, I try to do that.”

This is a lesson Crandall learned the hard way: he admits that his early songwriting efforts were frustrating exercises in emulating other artists. “They would turn out okay,” he says of those early songs, “but I was trying to be a Diet Coke version of somebody else. It wasn’t authentic and I was telling stories that weren’t mine.”

Realizing this, Crandall changed his method. “I dove into, ‘What if I just told people what actually happened in my life?’” He also chose to make his work more specific to his own story, which he says actually made it seem “more universal. The more I got into that, the more it just seemed to work. It seemed that people could connect with them more. What I learned, weirdly, was the more I make it about me and my story, it just makes it more special and more relatable.”

Besides staying true to himself, Crandall also attributes his songwriting success to the discipline with which he approaches it. “My process is really just showing up like an athlete and saying, ‘I’m going to go to the gym even when it sucks, even when I’m tired’ – put in the work,” he says.

Crandall says that the co-writing approach, so common in Nashville, also helps him stay motivated. “I’m very collaborative,” he says. “I love co-writing. It’s one of my favorite parts of the process – and just being a human, if I’m being honest. I love getting together with other people and sharing stories and creating songs together.”

This communal experience that music can bring is what appealed to Crandall in the first place when he was growing up. “My parents are super fans of country music, and I grew up going to concerts,” he says. “I remember going to these stadium shows at Mile High Stadium [in Denver] and I was like, ‘This seems like the most fun thing you can do as a human, to go out and give people the best night of their summer.’ It was just incredible.”

When Crandall was in high school, he began playing guitar – and got his first clue that he was destined to become a professional songwriter. “I wrote a song and all my friends are like, ‘Yo, that’s actually kind of good,’ and be humming it in the car,” he says, “so I was confident in my ability to create little earworms and melodies. That was a cool moment for me.”

Still, Crandall didn’t seriously pursue a music career at first, choosing to attend college instead, where he played football. However, he ended up needing two shoulder surgeries, ending his athletic ambitions. At that point, he says, he “didn’t know what to do with my life.”

At loose ends, Crandall “Picked up a guitar, started learning a couple of chords in my dorm room and started posting [online]. And then I fell in love with songwriting.” Since then, he says, “I’m probably in the thousands of songs that I’ve written in my life.”

After becoming popular on the Colorado club circuit and releasing a self-titled EP in 2014, Crandall decided to try his luck in Nashville, moving there in 2016. His popularity has swelled exponentially since then: in the last year alone, he went from 310,000 monthly listeners on Spotify to 1.4 million. Recently, he hit 50,000,000 career total streams.

Now that Crandall has attained the position that he wants with Wilderness, he’s looking ahead at what he’ll do next. “A creative goes, ‘Look at me, look at me!’ – and then somebody does, and then you’d better have something to say!” he says with a laugh. “I did that with Wilderness, and now that people are watching, I’ll just continue to do what I’ve done but double down on some of my processes and get really intentional about writing again.”

For now, though, Crandall is allowing himself a moment to simply enjoy his success. “It’s a very surreal feeling. It feels incredible. It’s very validating. It’s been so cool and I really am incredibly grateful, sincerely grateful, to everyone checking it out and streaming it and sharing it. It’s been one of the coolest parts of my life, to get to put out this project and watch what it’s done. It’s been awesome.” 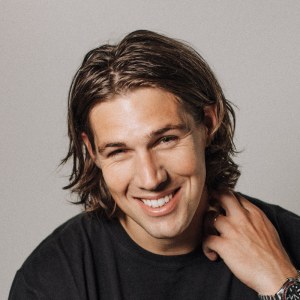 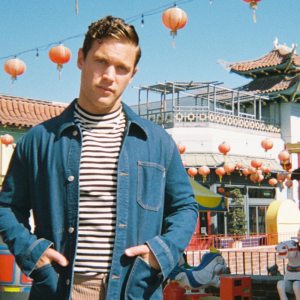