“We got really nice spring weather here and I’m just trying to figure out how to embody some of these songs in solo acoustic form.” It is a freakishly warm February day and Will Johnson is on the phone. He’s preparing for another Living Room Tour, two months of intimate dates in other people’s houses — just Will, his guitar and a room full of strangers — before heading out for a summer of club dates with Oklahoma’s John Moreland. “It’s kind of nice, just between tours right now and making some paintings for people and in full-bore father-duty pretty much.”

Johnson is preparing his latest record Hatteras Night, A Good Luck Charm, his sixth solo and twentieth or so LP if you count his work with Texas indie legends Centro-matic, supergroup Monsters of Folk and New Multitudes, his all-star collaboration with Jay Farrar, Anders Parker and Jim James. Hatteras Night is that rare beast of a record: a new work from an established artist that feels like a total rebirth while being unmistakably familiar. In the two decades since the first Centro-matic LP — and the three years since Denton, Texas’ finest called it a day — Johnson hasn’t lost any of the fire that made the Centro crew a word-of-mouth sensation in the pre-social media days.

And yet, Johnson isn’t recycling tropes or retelling stories or flogging any of the dead horses that find their way into an older artist’s repertoire. On Hatteras Night, Johnson discovers new and thrilling ideas that harken back to his best work — he has always had the gnarliest tones — but aren’t hung up on simple nostalgia. Johnson manages to do what many thought impossible: make indie rock interesting again. With rich characters and dynamic textures Johnson and his band have created an edge-of-your-seat harmonic narrative that keeps you glued to the speakers from the second you press play.

“Sonically and lyrically and, I think, thematically, I tried to make it a sensible hand-off from the last one, from [2015’s] Swan City [Vampires],” Johnson says. “There was still some some energy hanging around from that writing session. To be honest with you, I still wanted to work with [that energy]. The record was a little bit more of a cleansing and a little bit more of a coming to terms with the loss of my mother and the loss of our band.

“Whereas this record became more of a study in characters and character creation and forcing them into situations to see what they would do, and the more I started doing that, the more I started realizing that I’m dealing with people that want to be good souls, but they’re potentially up to bad things, detrimental things, and potentially destructive things. And sometimes I want to see if I can get them out of it and sometimes I want to stand them in the face of the fire and leave it at that. Leave it, just let it be a moment without a grand finish necessarily, but a slice-of-life kind of song.”

Johnson works in a vernacular that could be aptly described as Texas small tales, narratives steeped in the unremarkable and everyday that take on a grander meaning when placed within the framework of drums, bass and guitar. The current of rumbling fuzz that runs under “Heresy And Snakes,” or the swells of ambient guitar drifting through “Predator,” are as much forms of local color as say Whataburger or crazy state rep. Johnson is master of the mise en scene, a wizard when it comes to arranging pieces that appear between the proscenium. He gives small movements major influence over the arc of his stories, such as the twitch and spills of “Milaak”.

“[I’m] removing myself emotionally from the space I inhabit day to day, and trying to get into another character’s form, and being willing to flirt with with situations that I don’t typically encounter every day,” says Johnson. “Be it a dream-like state or a drug-like state or an infidelity-like state, or a religious-conflict situation, I have to remove myself from the habit of my normal daily life and my normal belief system to get into these characters every once in awhile.

“And sometimes it takes a little bit of work. But it’s something I really love because I tend to learn a little something new each time out, or at least gain a little perspective hopefully. I’m sympathetic toward the characters on this record. I really do sympathize with them even though I think some of them are very much on the brink of really fucking up.”

You can hear genuine concern in Johnson’s voice, even though he’ll fully admit that the songs on Hatteras Night, A Good Luck Charm are largely fictional. (“The only song that isn’t [fictional] is the final song of the record which is essentially a love note home from the road,” he says.) That pathos seeps into every corner of the album, lapping against shores of smoldering lives and burned-out hearts. Moments of discordance interrupt pastoral drifts like a sloppy splice on an old film reel, with the band free to experiment in these vast, open emotional spaces.

“When you’re going to these other places you know the kind of well you are drawing that energy from … It might be inspired by someone that I’ve met or encountered somewhere on the road out in the world. That’s where a lot of my interaction with society happens. These days I kind of get home and hunker down and hang with my family. [People on the road] are my community when I go out on these tours.

“And especially when I go out alone and live in my head for about 22 hours of the day, I definitely encounter a lot of interesting folks and and memorable personalities. So with that I might draw from what I think their lives might be like, something they say or some some energy that they might give off might be worth noting, [and] I try to flesh it out into a song.

The results are a form of Modern Americana, archeological remnants of turn-of the-21st-century life that tell us less about the fringes and more about the unglamorous and unsavory middle ground where most of society exists. Hatteras Night, A Good Luck Charm exists between ecstasy and entropy, squeezed in a sonic-narrative tradition between Brian Eno and William Faulkner. More than anything, Hatteras Night feels like it’s the start of a new chapter for Johnson, a jumping off point for another two decades of artfully crafted indie rock.

“True or not, it develops into a character sketch,” he says. “A lot of the time it’s just simple human interaction and the inevitable and frequent folly that comes with it. “ 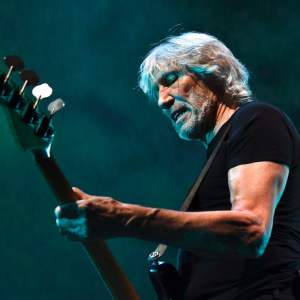 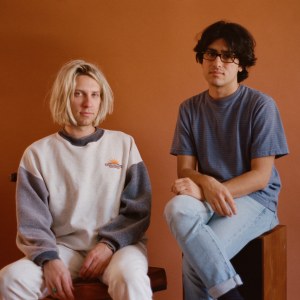