William Fitzsimmons’ life experiences and the emotions he embraced through his music have played a part in forming his upcoming album, Ready the Astronaut, which speaks to the turmoil he endured trying to create the perfect persona in relationships.

His latest single, “If I Fell Back To The Earth (You Will Never Find Me),” evokes a feeling of sadness and loss, but taking a closer listen, there is a tremendous amount of strength throughout.

The song’s lyrics elicit feelings of what it’s like going through a time when you feel like you’re drowning, as if the world is ending. It can often take every inch of your body to find the bravery to move forward from a situation that is filled with anger.

Fitzsimmons has learned that there is always a choice, even if rage is all you feel. When faced with the choice to let others keep us down or stand on our own two feet, “If I Fell Back To The Earth” could be the last bit of motivation a person needs to pick themselves back up again. “My entire catalog is, here’s my pain, I hope that it helps you in some way,” Fitzsimmons tells American Songwriter.

Raised by blind parents, who ingrained great strength into their son, the sense of hearing was greatly used in the home. Being able to hear music and read lyrics was not something that Fitzsimmons takes for granted. “For me, I just loved it,” he shared. “It was a part of family life. It felt good to listen to music and just get joy from playing music. It makes me happy and it makes me sad. I feel emotions really strongly.

“We go with our best sense and for [those of] us who can see, our visual sense is our most powerful one. You take that out of the equation, and then you have no choice but to pick something else. Our ears happen to be the second best thing,” adds Fitzsimmons.

He has worked on Ready the Astronaut for about two years with the help of producer, Adam Landry. Fitzsimmons wrote the songs for this record during his second divorce, a time that generated a lot of emotions for him.

“I was thinking about how I tried so hard to create a very specific kind of white picket fence life and tried to repair the mistakes I made in the past,” recounts Fitzsimmons. “Everything was crashing down in front of me…life was going to look entirely different and not a in good way.”

Ultimately, Fitzsimmons decided to do some research on Greek mythology—more specifically, Icarus. Through his research, Fitzsimmons found that he related to some of what was told in this story.

“I felt like I was similar to the Icarus character because I made a lot of the same mistakes that he made in his life,” says Fitzsimmons. “So, I just started writing songs surrounding that theme. Mostly, the record is about going up, going down and trying to get back up, learning from your mistakes, but messing it up all over again.”

Listen to, “If I Fell Back To The Earth (You Will Never Find Me),” here: 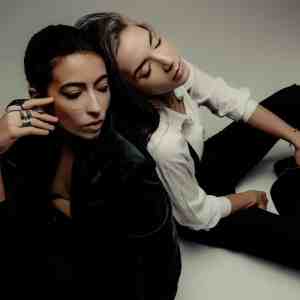 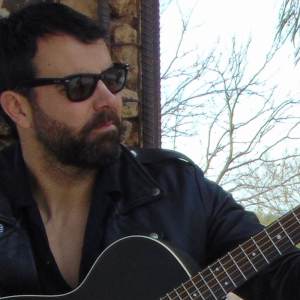