“I’ve been really into the psychedelic aesthetic and wanted to implement that into a very 90’s-type performance-based video,” Stephen tells American Songwriter. “Simple. Fun. Trippy.”

The video features vocalist/guitarist Tamsin Wilson, bassist Drew Arndt, and guitarist Johnny Simon performing against a green screen. Their neon figures are multiplied, mirrored, and morphed as the song progresses. Eventually the video devolves into a trippy graphic style that resembles something between a malfunctioning Photo Booth filter and television static.

According to Stephen, many of the visual effects in the video were projected and recorded in real time.

“Alongside my very good friend Gary Bardizbanian, we set out to create stimulating visuals with analog controllers,” says Stephen. “Most of the visuals you see were produced live.”

The song and video share a dreamy quality that’s characteristic of Wilsen’s music. In “Feeling Fancy” Wilson’s voice hovers hypnotically above the band’s instrumentals. There’s something ethereal yet grounded in her delivery, calling to mind Ellen Kempner’s hushed vocals as Palehound (I am reminded, in particular, of the darkly beautiful “Killer” off their latest album, Black Friday).

Wilson wanted the video to play off the song’s theme of quietness.

“We wanted to make a lighthearted performance video with prismatic visuals to contrast the typical imagery associated with quietness,” says Wilson. “Stephen pulled together yet another great team and we filmed everything over a weekend, producing visuals in real time with projectors and green screen. Midway through, we were pleasantly surprised with a cameo from previous collaborator Mitzi [Akaha].”

Stephen and Mitzi were both involved in Wilsen’s video for “Ruiner,” the first single off their forthcoming album of the same name. While the “Ruiner” video doesn’t share the psychedelic flair of the video for “Feeling Fancy,” it’s just as mesmerizing. Some of the most eerie and affecting shots track Mitzi and Wilson as they move through a dim house in the woods. It’s not quite as sinister as Tennis’ “Deep in the Woods” video, but there’s definitely something amiss.

Ruiner follows Wilsen’s 2017 debut, I Go Missing In My Sleep, which showcased the trio’s combination of plaintive melodies and mysterious lyrics with finger-plucked guitar (there’s an 0:51 instrumental, in the middle of that album, which is just as moving as any of their more fleshed out 5- and 6-minute numbers.)

Ruiner’s 11 tracks were produced by Andrew Sarlo (who worked on Big Thief’s Two Hands and U.F.O.F. as well as Bon Iver’s i,i) and was mastered by Sarah Register (whose recent credits include Protomartyr, Yaegi, and U.S. Girls releases).

The album’s release will be celebrated with a free album release show on February 21 at The Dance in New York City. Wilsen will kick off a national tour with Poliça in March.

Ruiner is out February 21 via Secret City Records / Dalliance Recordings. 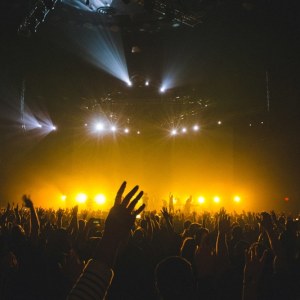 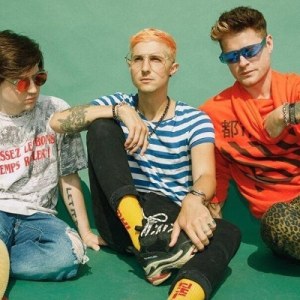