Gone are the days of countdown clocks and flamboyant social media-breaking, attention-grabbing tactics. Taylor Swift announced the arrival of her eighth studio album with subtlety yesterday morning, breaking the silence she’s held since her release of the revealing Sundance documentary, Miss Americana, in January. The thirty-year-old multi-talented global phenomenon released Folklore, a mellow and mature entrance into a new phase.

“A tale that becomes folklore is one that is passed down and whispered around. Sometimes even sung about,” Swift shared via Twitter in her announcement of the album she created during pandemic-driven isolation. “The lines between fantasy and reality blur and the boundaries between truth and fiction become almost indiscernible.”

The ten-time Grammy winner has shifted genre once again, but this time it sticks. With the help of her frequent collaborator, Jack Antonoff, who just finished up Gaslighter with The Chicks, and National’s Aaron Dessner, Swift joins the folk-revival that has flared up over the last decade. Dessner co-wrote and produced eleven of the songs on her sixteen-track record. The ethereal orchestration is credited to his twin brother, Bryce. Bon Iver’s Justin Vernon, a leader of the roots resurrection, contributes to Swift’s new sound with vocal features on “Exile” and later on “Peace.” The songwriting is stripped down, enveloping inspiration she’s garnered from Joni Mitchell, Carly Simon, and Carole King.

Now a vetted storyteller, Swift finally steps out of her own way, taking on subjective perspective. According to the artist, the record started with imagery. “Pretty soon those images in my head grew faces and names and became characters,” she remembered in a note she shared on social media. She became increasingly interested in others’ stories.

“I found myself writing from the perspective of people I’ve never met, people I’ve known, or those I wish I hadn’t,” she continued. These characters include “an exiled man walking the bluffs of a land that isn’t his own,” as featured in “Exile” and “a seventeen-year-old standing on the porch, learning to apologize” brought to life through the familiar harmonica on “Betty.”

“The Last Great American Dynasty” fills in the shoes of Rebekah West Harkness, “a misfit widow getting gleeful revenge on the town that cast her out.” The subject once owned the beachfront estate in Watch Hill, Rhode Island, that Swift purchased in 2013 for $17 million. Harkness was a divorcée who married William Hale Harkness, an heir to Standard Oil Company.

They initially called the home ‘Holiday House.’ Newspaper articles tell tales of outrage from locals about the parties thrown and a ballet company practicing in the front yard. Lyrics of a champagne-filled pool are backed by the book written in 1988, six years after her passing that noted she cleaned her pool with Dom Pérignon. According to Swift’s research, after a feud with a neighbor, Harkness dyed their dog “key lime green.”

Beyond shared space and taste in vacation homes, Swift’s delivery of the story conveys respect for a carefree attitude toward the public. “And they said, ‘There goes the last great American dynasty…. there goes the maddest woman this town has ever seen,” Swift sings. The next line outlines the “gleeful revenge,” singing, “She had a marvelous time ruining everything.”

Swift approached Dessner in late April to begin work on Folklore. “I thought it would take a while for song ideas to come and I had no expectations as far as what we could accomplish remotely,” he wrote. “But a few hours after sharing music, my phone lit up with a voice memo from Taylor of a fully written version of a song—the momentum never really stopped.”

The video for “Cardigan” is a wonderous visual for the piano-driven ballad. Released in tandem with the unanticipated album, it bends the mythical world into her personal strife. The opening scene finds Swift in the warm glow of a cabin perched at the piano’s bench. The lyrics reveal something raw that quickly becomes too painful. The instrument itself is symbolic of the solace she finds in her music and the comfort she once found in the relationship she is speaking to in the song.

When emotion swells, she opens the top of the piano and crawls in, re-emerging in a fantastical world. The piano now sits amongst a lush landscape where she can more comfortably share the words lying so heavily on her heart. The fond memories float through the keys: “But I knew you /Playing hide-and-seek and / Giving me your weekends, I / I knew you / Your heartbeat on the High Line /Once in twenty lifetimes.”

But the plot turns, and she once again enters the piano through the bench seat. She surfaces in rough waters, gasping for air, clinging to the piano as a life raft. “Cause I knew you / Steppin’ on the last train / Marked me like a bloodstain,” she spews while fighting to stay afloat. Mustering up the only strength she has left, she holds onto hope that the subject feels remorse for how things ended. Clinging to the idea that he might come back, she crawls back into the piano, returning to the sanctuary of the cabin.

The Sepia-tone songs dull the rhinestone-studded girl-country star the world fell in love with in 2006. Her underemphasized production drowns out the bubblegum-pop, which evolved and defined her as a superfluous star across her last three albums, including 2019’s Lover. Her recent documentary, Miss Americana, sheds light on how much of that pop-production was commercially-driven, eventually becoming inauthentic.

Her very public disputes over music rights with Big Machine’s Scooter Braun are detailed in the anthemic, “Mad Woman.” The lyrics are poignant, but she’s well on her way to making peace with the antagonist of her commercial career. “No one likes a mad woman / you made her like that,” she sings over soft piano and strings. “Taking my time / ’cause you took everything from me / watching you climb / over people like me.”

Her rise to sensational stardom is a coming of age tale that Swift shares with an entire generation of fans. It all began within the walls of poster-plastered teenage bedrooms, watching her glittered-up glory, infatuated, from the two-and-a-half inch screens of iPod Videos. From there, a young audience sold-out stadiums worldwide, escorted by parents. Fearless fell into the laps of fans like a friend, wiping tears, instilling comfort through seemingly lethal highschool heartbreaks. She gained footing with Speak Now and Red, stepping away from her role as the country-tinged outcast.

Folklore marks a milestone for Taylor Swift. With three decades of life under her belt, half of which she spent in the spotlight, the artist’s unmatched talent as a singer-songwriter prevails. She’s come out of the woods and landed in a place of unshakable sureness. The collection she released today brings her work full circle, instilling a congenial nostalgia in those who have walked hand-in-hand with Swift and her music through the turbulence of coming of age.

“In isolation my imagination has run wild and this album is the result,” she offered in response to the surprise release. “I’ve told these stories to the best of my ability with all the love, wonder, and whimsy they deserve. Now it’s up to you to pass them down.”

Watch the video for “Cardigan” below and listen to Taylor Swift’s Folklore here. 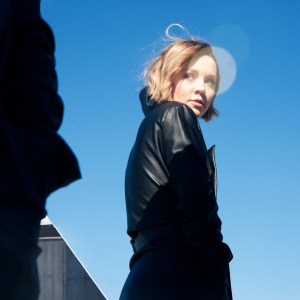 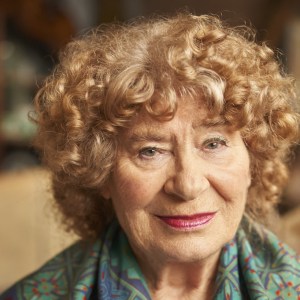