Woody Guthrie never backed down. With a guitar adorned with “this machine kills fascists,” an ideology rooted in much of his work, he often spun his lyrics through rebellious, well-measured intentions. He inspired generations of musicians to speak their mind in the face of any political institution.

Misery emerges as the foundation of his record, and he rarely gives the listener time to breathe or rebound. “Animal of Burden” is a slow-burning blues-rocker in which he fusses over his place in life, forever trapped in an oppressive economic system. “I know my place / Fueling all the fires in a rich man’s race,” he spits. Later, “Shelter of the Storm” unwraps the story of a dear friend’s tragic passing from cancer, a gentle reminder of life’s fragility, and even his muscular vocals nearly buckle from the weight.

Underneath whatever musical lamplight into which he steps, Aaron twists and snaps the emotions to make you feel every last drop. “Saratoga Light” is a brutally spooky tune, based on a real ghost tale out of Saratoga, Texas, while “No Road Too Cold” and its deceptively glossy, chipper melody drapes across a homeless man’s devastating reality. “I have gone astray / But I will face the day I’m not afraid of being alone,” he curls his words like campfire smoke.

Below, Aaron walks American Songwriter, premiering the new album today (May 11), through each track of the new record, officially out this Friday (May 15).

There is a lot of low land in my hometown, so “fill dirt wanted” signs are a fairly common thing to see. For whatever reason, while driving home one day, I saw one of these signs and the line “Fill dirt wanted / I gotta fill a hole” popped into my head. When I got home, the song wrote itself.

This one is pretty much a hard laborer’s anthem ─ the driving drums acting as a metaphor for a hammer dropping over and over and over.

There is a railroad crossing on Highway 90 in Dayton, Texas, that has been the cause of frustration for folks trying to get to work on time for many, many years. I wrote the song as a joke, but it ironically ended up being a fan favorite at my shows.

“Shelter of the Storm”

This song is written about a good friend of mine that passed away from cancer not too long ago. He and his wife owned the music venue where I cut my teeth as a performer, and he was just an all-around cool dude.

I wrote this song with two good friends, Josh Delafuente and Nigel Carey (the aforementioned friend in “Shelter of the Storm”). Nigel used to own a gas station in Cleveland, Texas, so he had a bunch of stories about some… “interesting” people. This song is an amalgamation of all our river bottom stories, mashed into one.

I wrote this shortly after reading Woody Guthrie’s ‘Bound for Glory.’ I think I would have been a hobo if I were alive back then.

I was part of a songwriter’s circle at Franklin’s Tower in Spring, Texas, and we decided to throw all of our ideas into a hat one day and each write our own song using all of the ideas. This was mine. I decided to call it potato salad… because I think shit like that is funny.

This one’s based on a ghost story that takes place on BragG Road in Saratoga, Texas. I was very intrigued by this story and even did some “gonzo journalism” before writing this. I went to see the light myself a couple times, went down the road during the daytime, and tracked down an old oilfield graveyard.

“No Road Too Cold”

I passed a homeless man sheltering beneath an underpass in west Texas in the middle of January a few years back. He was holding up a sign that read “No Road Too Cold.” I went back to the labor camp I was currently working in (aka the trailer park) and wrote this song ─ another one that wrote itself in the moment. I didn’t stop and give him any money or food or a smile or anything…and I still regret that.

This one is about not being able to be happy in a relationship, no matter the circumstances.

I was sitting around the house drinking and thinking about stuff one day when I came across a PBS documentary about the CCC (Civilian Conservation Corps). I had recently taken a deep dive into Woody Guthrie and Depression-era songwriters at the time, so I was really intrigued by this. There is a part in the documentary where they interviewed men who served in the CCC, and I remember one man in particular mentioning that his time in the CCC was the first time he had ever had two pairs of shoes.

I loved the contentment he had with three meals a day and two pairs of shoes, and it made me want to write a song about the CCC. We have so much nowadays, and we are, for the most part, very ungrateful. While on a solo acoustic tour in the Northeast, I came across a few sites that were actually built by the CCC and made it a point to find a few more (which I’ll do whenever touring is a thing again).

The CCC was a very controversial program when it first came about. I didn’t want to bring to light the politics of the whole thing as much as the human element and the gratitude these men had for receiving so little in a time of great strife.

This is probably my favorite song on the album. It has love, drugs, murder, and a tasty little melody. If I were to add a couple F-bombs, it would be the perfect song. 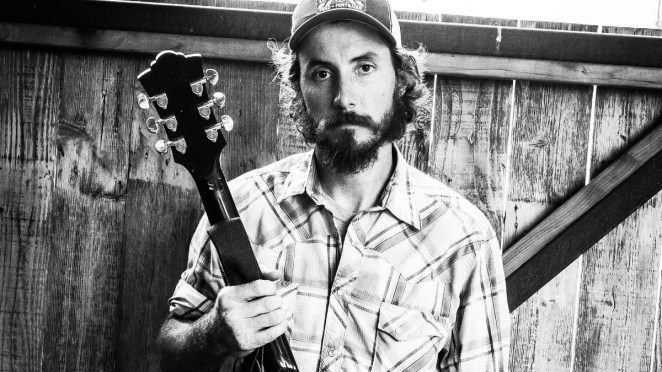 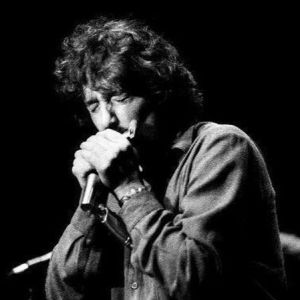 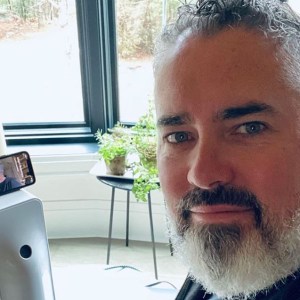