Perhaps no other songwriter has had the level of a career that the legendary lyricist and musician Bob Dylan has enjoyed.

Conventionally known as likely the best at his craft in the history of the art form—at least in the modern-day—Dylan has inspired many.

And on top of all his work, today (May 24) marks Dylan’s 81st birthday. What an achievement for the longtime musical hero.

Below, we will look at the 10 songs that define Dylan’s career as a composer of music and a singer of poetic, storytelling strings of words.

So, without further ado, here are the 10 songs that define his career—no small task for the man who’s released some 20 studio LPs and countless bootlegs, but we’ll do our best!

Essentially, this song was the only original track from Dylan’s self-titled 1962 debut album. You can still see some of the baby fat on his face in the picture used for the album cover. The song was an homage to Dylan’s hero, Woody Guthrie (more on him below). And while Dylan’s debut featured a number of traditional songs and covers, this original helped to put him on the map for more.

Less a song and more a longer spoken word poem, this work lives in infamy for its stellar wordplay, writing, and reverence for the American folk songwriter Woody Guthrie (known for many songs, including his standard, “This Land Is Your Land”). Dylan soars in this writing and it showcases why he’s so famous, so beloved, and such the standard for other writers in his wake.

After Dylan’s debut album helped to put him on the map somewhat—at least so in the New York City-folk scene of the 1960s—this song helped solidify him as an upcoming standout and future legend, starting in 1963. How many roads must a man walk down before you call him a man? Is there a more famous Dylan lyric? If there is, there wasn’t a more helpful one to his early career.

The next song to cement Dylan as a person to reckon with on the music scene, this track showcased how he was a timeless artist. This song was released in 1964 and made many more take notice. And look, Dylan’s lost all his Minnesota baby fat from his face. He’s now a hardened adult as he’s beginning to make his way as one of the most famous artists in America. It made him one of the most famous acoustic-driven “protest singers” in the world in the tumultuous 1960s.

Another one of Dylan’s greatest songs, this one makes the list not just for its stellar writing and catchy refrain but for its association with the Queen of Folk music at the time, Joan Baez, with whom Dylan sings the break-up song on stage in 1964. It’s ironic, soon he and Baez would break up after their famed relationship. It’s cute to see them sing together here. Dylan’s romance with Baez even further helped to make him famous.

Is this the first-ever rap song? Dylan plays as much beat on his guitar as he does a traditional song. On the track, Dylan spits hot fire, as the kids would say now. It’s a rugged tune that truthfully may be the first rap song of all time. For that alone, it makes the list. It was released on the 1965 album, Bringing It All Back Home.

As Dylan (famously) broke away from the acoustic songwriting that he’d become known for, he tried out many different sounds and genres. Here, many fans claim he was doing his best Johnny Cash impression, singing full-throated and more smoothly than he’d, to this point, become known for. The song was a hit, one of a few in Dylan’s middle stages as an artist in his career.

One of the greatest breakup songs of all time, this song marks another hit for the writer in his later stages. The narrator in the tune is heartbroken, so he goes out on a quest. Someone asks him for his help. Whether the quest had any point to it or not, was not the issue. To distract himself was, in reality, the point. Anyone who’s had heartbreak knows this, too. Dylan captures it impressively here and has led some of us (ahem) to listen to it over and over when in need.

Dylan’s career took a bit of a turn in the 1980s and his star fell a bit in the eyes of popular music fans. Though, it’s unlikely Dylan cared at all about that. Yet, the artist made a bit of a comeback with his album Time Out Of Mind, which dropped in 1997. With it, this song was unleashed into the world and was Dylan’s biggest hit in years. The somber, at times morbid song, driven by an organ, is tremendous, to be sure.

The lead single on Dylan’s most recent studio release, Rough and Rowdy Ways (2020), we had to incorporate this song on the list here. And it clocks in at an impressive 16-plus minutes. It’s a long tune to track, more novel than hit single. But it also marks Dylan’s most recent stage as a songwriter and artist, so it’s worth delving over and parsing from here until his next release—whenever that may be. 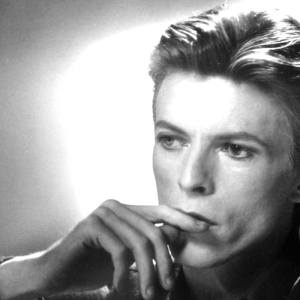 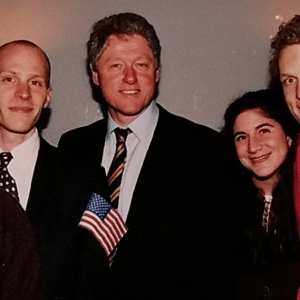