From his early days with The Commodores and hits like “Three Times a Lady,” “Easy,” “Still” and “Sail On” through his solo career, which launched in the early 1980s, Lionel Richie has been the composer of hit songs for more than five decades.

To raise awareness and money to help combat the famine in Africa, Richie teamed up with Michael Jackson to write “We Are the World.” Released in 1985 and produced by Quincy Jones, the song featured a collective of artists—Willie Nelson, Tina Turner, Bob Dylan, Billy Joel, Bruce Springsteen, Ray Charles, Waylon Jennings and dozens more—and won four Grammy Awards, including Song of the Year in 1986. The song also generated $50 million in donations for the cause.

In a career that spans the classic songbook he wrote for The Commodores through his 10 solo albums, the newly inducted Rock & Roll Hall of Famer also wrote a handful of songs for other artists.

Here’s a look at four songs Richie wrote for everyone from Kenny Rogers, The Temptations, Diana Ross and more.

Originally written for The Commodores, “Happy People” was instead recorded by The Temptations for their 1975 album A Song for You. Produced by co-writer Jeffrey Bowen, the track was released in 1974 and shot to No. 1 on the Billboard R&B Singles chart.

The album also boasted another No. 1 single for the group, “Shakey Ground,” and earned The Temptations an American Music Award for Best R&B Soul Album in 1976.

People, my people, let’s party and get down
Life is for livin’, now let’s don’t mess around
Dance to the music, throw your cares away
It’s a song of hope and better days

Though Lionel Richie recorded “Lady” on his 1998 album Time, Kenny Rogers already made the song a hit nearly 20 years earlier. Released on Rogers’ 1980 Greatest Hits album and produced by Richie, “Lady” hit No. 1 on the Country and Hot 100 and Adult Contemporary charts and is one of Rogers’ biggest hits. “The idea was that Lionel would come from R&B and I’d come from country,” Rogers previously said of their collaboration, “and we’d meet somewhere in pop.”

Richie went on to produce Rogers’ 1981 release Share Your Love and wrote and co-write four more tracks for the album—”Without You in My Life,” “Goin’ Back to Alabama,” “So in Love with You” and “The Good Life.” The two later recorded “Lady” as a duet on Richie’s 2012 release Tuskegee.

Lady
I’m your knight in shining armor and I love you
You have made me what I am, and
I am yours

You have gone and made me such a fool
And I’m so lost in your love
And oh, we belong together
Won’t you believe in my song?

Diana Ross and Lionel Richie’s 1981 duet on “Endless Love” is a classic, but when the former Supreme released her 15th album, Swept Away, in 1984, the duo had another special song in mind. “Missing You” was a tribute to their friend Marvin Gaye, who was murdered by his father earlier in the year.

Also featuring Richie on backing vocals, the touching ballad is based on conversations Richie and Ross had with the late R&B and soul legend. Ross’ last song to reach No. 1 on the R&B singles chart, the video for the song premiered on VH1 following footage of Gaye performing “The Star-Spangled Banner.”

Featured in Steven Spielberg 1985 drama The Color Purple, “Sister,” also known as “Miss Celie’s Blues,” was first recorded by stage and screen actor and singer Táta Vega. Nominated for an Academy Award for Best Music, Original Song in 1986, “Sister” has been covered by dozens of artists—even Suede—since its release.

Sister,
you’ve been on my mind
Sister, we’re two of a kind
So sister,
I’m keepin’ my eyes on you
I betcha think
I don’t know nothin’
But singin’ the blues
Oh sister, have I got news for you
I´m somethin’
I hope you think
that you´re somethin’ too 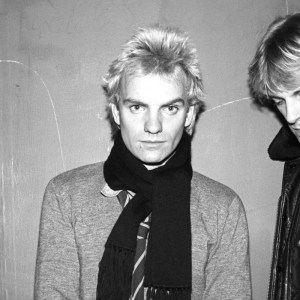