Shortly after graduating from Syracuse University in 1964, and a year before forming The Velvet Underground, a young Lou Reed worked as a songwriter and in-house performer for the low-budget label Pickwick Records in New York City.

“There were four of us locked into a room and they would say, ‘write 10 California songs, 10 Detroit songs,'” remembered Reed of the label, which mostly specialized in sound-alike recordings and bargain-bin reissues.

At Pickwick, Reed even recorded a number of songs for himself, including “The Ostrich,” under the moniker The Primitives. Initially written as a parody of the 1960 Chubby Checker hit “The Twist,” the song would be pivotal in forming The Velvet Underground after a little attention around the song forced Reed, John Cale, drummer Walter DeMaria, and Tony Conrad — who was indirectly responsible for the Velvet Underground band name — to play a few gigs as The Primitives.

After The Primitives’ short-lived run, Reed and Cale went on to form the earliest iteration of The Velvet Underground along with Sterling Morrison and Angus MacLise.

Long after his time writing for the low-budget record co., Reed went on to write a majority of The Velvet Underground’s iconic catalog of music and his own solo material, along with outside projects, including his 2011 collaborative album (Lulu) with Metallica, his many creative unions with wife Laurie Anderson, and other artists before his death in 2013.

Pre-Velvet Underground and years after their demise in ’73, Reed also had a number of songs written for other artists.

1. “Why Do You Smile Now?” The All Night Workers (1965)
Written by Lou Reed, John Cale, Terry Philips, Jerry Vance

Written along with his regular crew of Pickwick songwriters, “Soul City” was a Righteous Brothers-slanted ballad, which was recorded by the group The Hi-Lifes. The song was also released as a single for the 1960s girl group The Foxes in 1965, along with their B-Side “Those Days Are Gone Forever,” which was also penned by Reed’s writing partners Vance, Sims, and Philips.

In 1999, “Soul City” was covered by NYC garage rockers The Fleshtones on the band’s album, Hitsville Revisited, their third release in a trilogy of covers albums.

A departure from their harder rocker and directed toward more instrumental pieces, KISS’ ninth album Music from “The Elder” also features three songs co-written by Lou Reed, including “Dark Light,” “Mr. Blackwell” and the slower ballad “A World Without Heroes.” On the more pensive single, Reed contributed the lyric A world without heroes, is like a world without sun.

Grammy award-winning Panamanian musician Rubén Blades collaborated with Sting, Elvis Costello, and a number of other artists for his 1988 English-language album, Nothing But the Truth.

Lou Reed also contributed the reflective “The Calm Before the Storm,” noting the power of music in the darkest times of war—While the orchestra plays / They build barricades to help close the doors / While the musician sings / The holocaust rings the cymbals of war. The track was also arranged and mixed by Reed, who plays guitar on the song.

Also an actor, activist, and politician, Rubén Blades ran for president of Panama in 1994 and was later appointed minister of tourism in the country in 2004. In 2015, Blades’ album, Tangos, won a Grammy award for Best Latin Pop Album. Blades was also a scholar-in-residence at New York University in 2018 and was honored as the Latin Recording Academy Person of the Year in 2021 for his contributions to Latin music and activism. 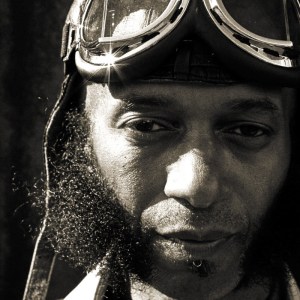 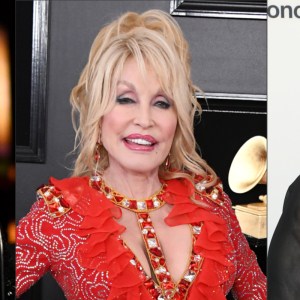