“It’s not a thought you have going into it,” said Elvis Costello on songwriting. “It’s something you find yourself doing. When you’re writing, it’s all about enjoying it, getting something from it, trying to give something to it.”

For Elvis Costello, whether it has been one of his many collaborations—including a body of songs off Paul McCartney’s 1989 release Flowers in the Dirt, and collaborative albums with Burt Bacharach (Painted from Memory, 1988), Allen Toussaint (The River in Reverse, 2006), and The Roots (Wise Up Ghost, 2013)—along with an even fuller catalog, solo and with the Attractions, everything has been an extension, of self, the artists in session, or a combination of both.

A mastermind of hits like “Alison,” “Watching the Detectives,” and “Veronica”—the latter his Spike hit co-written with Paul McCartney, and one of several the pair wrote together—Costello has also composed for film (“My Mood Swings” featured in The Big Lebowski, “She” off the Notting Hill soundtrack, and a No Doubt collaboration, “I Throw My Toys Around,” for The Rugrats Movie) and was also nominated for a 2004 Academy Award for the song “Scarlet Tide,” featured in the 2003 film Cold Mountain.

Inducted into the Rock and Roll Hall of Fame in 2003 with The Attractions, Costello released his memoir Unfaithful Music and Disappearing Ink in 2015 and his 32nd album A Boy Named If in 2022.

Throughout all his compositions and collaborations as singer and co-writer, Costello has also handed over a collection of songs to other acts. Here’s a look at eight songs Costello wrote or co-wrote for other artists from the late 1970s through the early 2000s.

Elvis Costello initially wrote pop-slanted “Girls Talk” for himself but gave it to Welsh singer, songwriter, and producer Dave Edmunds to record first. Off Edmunds’ fifth album, Repeat When Necessary, the song, which Costello once said was about female gossip, hit moderately on the charts in the UK and was later released by Costello and the Attractions as a B-Side to their cover of the Homer Banks and Allen Jones soul song “I Can’t Stand Up for Falling Down.” In 1979, Elvis Costello and the Attractions also turned Nick Lowe’s 1974 song “(What’s So Funny ‘Bout) Peace, Love, and Understanding”—coincidently produced by Edmunds—a hit.

There are some things you can’t cover up
With lipstick and powder
Thought I heard you mention my name
Can’t you talk any louder?

2. “The Other End (Of the Telescope),” Til Tuesday (1988)
Written by Elvis Costello and Aimee Mann

In 1988, Costello co-wrote “The Other End (Of the Telescope)” with Aimee Mann for her band ‘Til Tuesday’s third and final album Everything’s Different Now. (Costello later recorded his own version of the song for his 17th album All This Useless Beauty in 1996.) A softened ballad, exploring some of the misperceptions of one’s self and others, the song was written remotely by Costello and Mann. “We weren’t in the room together,” said Costello. “It’s a bit like the song I wrote with Burt Bacharach recently, what I call mail order songs. Your partner sends you whatever part of the composition you’re not writing, in this case, the music. Mostly, my contribution was the words. It was specifically written for her and the situation she was in at the time. I kept the intro and then wrote a whole other story.”

Shall we agree that just this once
I’m gonna change my life
Until it’s just as tiny or
Important as you like?
And in time we won’t even recall that we spoke
Words that turned out to be as big as smoke
As smoke disappears in the air
There’s always something that’s smoldering somewhere

Paul McCartney co-wrote many of the tracks off his 1989 album Flowers in The Dirt with Costello, and it was their collaborative single, “My Brave Face,” that made the biggest hit, peaking at No. 18 in the U.K. and No. 25 in the U.S. McCartney’s Hog Hill Mill studio, a converted corn mill near his farm home in southern England, is where the pair wrote the majority of Flowers in The Dirt, armed with a pencil, paper, and acoustic guitar.

“For us, the best bit from the writing sessions was literally after we’d finished,” said McCartney. “We’d get our words written down and then we’d just take our guitars downstairs to the studio and record ’em.” McCartney added, “It was great, coming really hot off the skillet. That’s my expression—it feels like we just cooked something, bang, right to your plate. There’s an immediacy of just a couple guys going, ‘There’s a song’ and banging it out. It’s immediate and I think it makes it really believable.”

I’ve been living in style,
Unaccustomed as I am
To the luxury life,
I’ve been hitting the town
And it didn’t hit back

I’ve been doing the rounds
Unaccustomed as I am
To the time on my hands,
Now I don’t have to tell anybody
When I’m going to get back

Ever since you went away
I’ve had this sentimental inclination
Not to change a single thing
As I pull the sheet back on the bed,
I want to go bury my head
In your pillow

The album refers to the sound Johnny Cash’s backing band, the Tennessee Three would often produce: Boom Chicka Boom. Cash’s 76th album features a cover of Harry Chapin’s “Cat’s in the Cradle”, some rerecorded tracks, and collaborations, including Costello’s offering of “Hidden Shame.” Boom Chicka Boom also features backing vocals by Cash’s mother, Carrie Cloveree (on “Family Bible”), along with The Jordanaires, Elvis Presley’s old backing group, who had also worked with Cash on some of his earlier Columbia recordings in the late 1950s.

Though he later recorded “All This Useless Beauty” as the title track of his 1996 album, Costello first gave the song to British folk singer June Tabor for her 1992 release Angel Tiger. In 1994, Tabor grabbed another Costello song “I Want to Vanish” for her album Against the Streams, which was also recorded by Costello as the closing track of All This Useless Beauty.

It’s at times such as this, she’d be tempted to spit
If she wasn’t so ladylike
She imagines how she might have lived
Back when legends and history collide

So she looks to her prince, finding he’s so charmingly
Slumped at her side
Those days are recalled on the gallery wall
And she’s waiting for passion or humor to strike

After a five-year run with the alt-pop band, Transvision Vamp in the mid-80s through early ’90s—and following the band’s third and final album together, Little Magnets Versus the Bubble of Babble, in 1991—singer Wendy James had her solo breakout with Now Ain’t the Time for Your Tears. Elvis Costello wrote the entirety of her debut, with some tracks co-written by his then-wife British musician, and a former bassist for the Pogues, Cait O’Riordan.

Written solely by Costello, “The Nameless One” served as James’ debut single. The album, its title pulled from Bob Dylan’s 1964 acoustic ballad “The Lonesome Death of Hattie Carroll,” feeds more combustible power-pop and punk renderings for the singer.

Co-written by Costello and T-Bone Burnett, “Scarlet Tide” was performed by Alison Krauss and featured in the 2003 drama Cold Mountain. The film, based on the 1997 novel by Charles Frazier, starred Jude Law, Nicole Kidman, and Renée Zellweger, along with supporting roles by Jack White, Philip Seymour Hoffman, Natalie Portman, Donald Sutherland, and others. The song was nominated for a 2004 Academy Award for Best Original Song.

In 2004, Costello and Emmylou Harris also recorded the song for his album The Delivery Man, while Joan Baez used it on her 2008 album Day After Tomorrow.

For the first time, Diana Krall released an album of original material, The Girl in the Other Room, in 2004 with a number of songs co-written with her husband Elvis Costello, including the title track. The album also features a Krall cover of Joni Mitchell’s Hejira track, “Black Crow,” and Tom Waits’ “Temptation.” 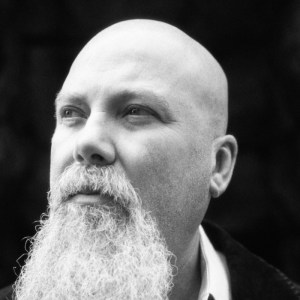