Born June 13, 1970, Rivers Cuomo rose to fame in the early ’90s as the frontman of the alternative rock band Weezer.

As a young person, Cuomo’s religious family moved often, traversing from Buddhist communities in the Northeast United States. When he was about 10, his family settled in Connecticut where he lived before moving to Los Angeles as a young adult around 18.

That’s when his music career began to blossom from its rudimentary east coast beginnings. In L.A., Cuomo played in a number of bands and formed Weezer in 1992. The group’s debut self-titled album earned Cuomo and the group fame and success. But this was also an odd time for the cerebral artist. He enrolled in Harvard, where he later graduated in 2006. In between, Weezer released the popular album Pinkerton in 1996. More albums followed.

The Towson, Maryland-born rock band All Time Low partnered with Cuomo for the 2011 single, “I Feel Like Dancin.'” The song was the debut single from the band’s studio album from the same year, Dirty Work. The track, released by Interscope Records, dropped in April and the music video came out in May. It was written by Cuomo and the band’s vocalist and guitarist, Alex Gaskarth.

The song and accompanying video are a satire of the mainstream music industry. Yet, the song hit mainstream radio in June of 2011. The song also hit No. 13 on the Bubbling Under Hot 100 chart and to promote the song, the band flew to the United Kingdom to perform it, along with a cover of the Britney Spears song, “Hold It Against Me,” on BBC Radio 1.

All Time Low, which formed in 2003, has released four albums since the 2011 offing, Dirty Work. Their electric guitar-driven track with Cuomo is a pop-punk hit.

Cuomo and the pop band Sugar Ray collaborated on the 2009 hit, “Love Is The Answer.” The pop-rock crossover track features a lyrical delivery that is emblematic of Cuomo’s style. Combine that with the riffy, sticky electric guitars and it makes sense to find out the Weezer frontman was heavily involved.

Sugar Ray, which formed in Southern California in 1986, released the song in July 2009. But the track, which was written by Cuomo and Irish music producer Jacknife Lee, also came out on the 2009 Weezer album, Raditude, later that year in October (see that differently-produced one HERE).

Fronted by vocalist Matt Sharp, the Rentals was a ’90s rock group that released four albums. Sharp, of course, was also the bassist for Weezer, a group he co-founded in 1992 with Cuomo. But while Sharp appears on just the band’s first two albums in 1994 and 1996, he also worked on other tracks with the Weezer frontman, including “My Head Is In The Sun,” which dropped in 1999 on the Rentals’ album, Seven More Minutes.

The eerie, acoustic-driven track is notable for being the only released song co-written by Cuomo and Sharp, who said of the work’s origin, “I was living at [Cuomo’s] house in Boston, and he was out here trying out people to replace me. He came back for a weekend. We sat around and sang songs, played his songs and my songs, other people’s songs. I had been stuck on that song for a really long time. I just couldn’t figure out how to finish it up, and it had taken me like three years to write that song. It’s one of the only ones that took a long time, and I had basically just given up on it all together. So I played it for him and he sort of worked on it with me. It was cool and relaxed. It was the first time we got to truly collaborate on something.”

Written by a collection of songwriters—CJ Baran, Alex DeLeon, Morgan Kibby, Rivers Cuomo, Jake Sinclair, Brendon Urie, and Mike Viola—”Victorious” has gone on to earn millions of streams and plays, including some 78 million on YouTube alone.

The Las Vegas-born group, Panic! at the Disco, released the song on September 29, 2015. It was the second single from the band’s fifth studio album, Death of a Bachelor. The video for the track dropped on November 13, 2015. The work features clever wordplay and blood-pounding energy.

The song, which was the final track released during Dallon Weekes’ tenure with the group, was also the band’s first song in almost a decade to chart on the Billboard pop songs chart. The last one to do so was the 2006 song, “I Write Sins Not Tragedies.” It’s an anthemic track that gets the heart pumping—perfect for a rowdy group from Sin City. 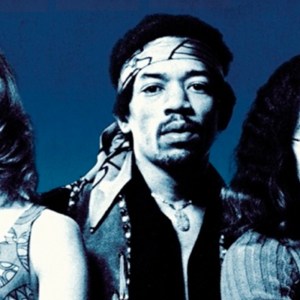 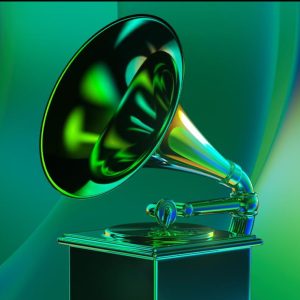