Of all the contributions hip hop has given the world, sampling might just be the most indispensable. For the past few decades, artists have been breathing new life into classic hits by interpolating them into work that, on the surface, wouldn’t seem to work in tandem. Nevertheless, the result is something timeless.

Few artists have been sampled to the degree the Beatles have. Their hit-laden catalog has been used a sprawling 1396 times. While songs like “Come Together” (the most heavily sampled Beatles song) cannot be mistaken no matter how conservatively it’s used—that riff is like no other—there are other Fab Four tracks that have been used more covertly in recent years that may have escaped even the keenest listeners. Find five songs you didn’t know sampled the Beatles below.

Mac Miller routinely dipped into The Beatles’ catalog for his music. The most famous example of his Beatlemania was the 2012 release “Loud (Mixtape Version).” The track borrowed from The Beatles’ salute to all things psychedelic, “Lucy In The Sky With Diamonds.” You can hear the titular string melody from the 1967 track in Miller’s offering, albeit fairly distorted and underneath a heavy 808. The following year, Miller would interpolate “Strawberry Fields Forever” into his “Suplexes Inside of Complexes and Duplexes.”

Jamaican singer John Holt covered the Beatles’ “I Will” in 1973. Jay-Z then used that cover as a jumping-off point for his 2003 release “Encore.” Holt’s version of the track traded in the Beatles’ acoustic guitar for a rousing horn section—which can now be heard underneath Jay-Z rapping Can I get an encore, do you want more? / Cookin’ raw with the Brooklyn boy / So for one last time I need y’all to roar. After releasing this track, Jay-Z allowed the accompanying LP, The Black Album, to be mashed-up by Danger Mouse with the Beatles’ The White Album.

3. “White Ferrari” by Frank Ocean (“Here, There and Everywhere”)

Frank Ocean has long thanked the Beatles for helping him out of a creative funk. In 2016, he told Apple Music’s Beats 1, “I want to thank The Beatles for almost single-handedly getting me out of writer’s block.” For his Blond track, “White Ferrari,” Ocean borrowed the melody for “Here, There and Everywhere” paying homage to his current muse. After putting the finishing touches on “White Ferrari,” the elusive musician said that the rest of the accompanying album fell into place.

Their liberal use of samples on the seminal record Paul’s Boutique got Beastie Boys into a fair amount of trouble. There are eight credited samples in “Sounds of Science” alone, including “Sgt. Pepper’s Lonely Hearts Club Band,” “The End” and “Back in the U.S.S.R.” Despite only running a little over three minutes, the track goes through a number of tonal changes, all of which are aided by a cleverly interpolated sample. 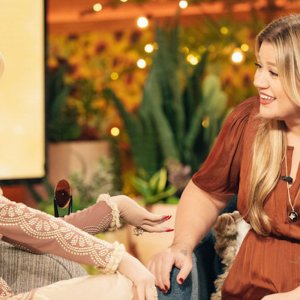