There are certain mysteries in music that haunt in the background of songs or in the silence between tracks. When it comes to musicians, a bright spotlight can cast dark shadows, places to hide, escape, and disappear altogether.

An early contributor to the then fledgling singer/songwriter genre in the 1950s, Connie Converse disappeared at a time when her music was widely unknown.

She was slightly ahead of her time and making a name for herself among the Beatniks and Bohemians of New York City’s Greenwich Village, which proved to be difficult. She abandoned her music career for a university job back home in Michigan, where she reportedly fell into a depression and drank heavily.

In 1974, only days after her 50th birthday, Converse wrote a series of letters to those close to her, saying, “Let me go. Let me be if I can. Let me not be if I can’t … Human society fascinates me & awes me & fills me with grief & joy; I just can’t find my place to plug into it.” Alluding to the search for a new life, she left her home in Michigan and was not heard from again.

Bandleader of the swinging 1930s and ’40s, Glenn Miller was known for big band classics like “Moonlight Serenade” and “Chattanooga Choo Choo.”

After great success, he put his music career on hold in 1942 and joined the armed forces. There, he formed the Major Glenn Miller Army Air Forces Orchestra in an effort to entertain troops during World War II. In December of 1944, he was scheduled to be in France and flew ahead of the rest of the group. It was on this flight that the renowned composer disappeared along with an entire plane and its occupants over the English Channel.

Several theories have been associated with the disappearance, including an unlicensed pilot, a foggy day, friendly fire, and even covert operations.

There is little known about Christina “Licorice” McKechnie, let alone her disappearance. She is most notably known as a singer/songwriter and brief member of the Scottish psych-folk band, the Incredible String Band, from 1968 and 1972.

After her departure from the band, she reportedly moved to California. Since 1990, her whereabouts have been virtually unknown with reports saying she was last seen hitchhiking across the Arizona Desert.

Musician Jim Sullivan was a prominent figure in Los Angeles’ 1960s club scene, but gained little commercial success with his blend of folk, rock, and country, a sound he debuted on his 1969 album, U.F.O.

In 1975, he eventually left Los Angeles for Nashville, but would never make it to Music City. He was last seen in New Mexico where he checked into a Santa Rosa motel. He reportedly did not sleep there and was spotted the following day at a ranch 26 miles from the motel. His car, containing his belongings, was found abandoned at the ranch and he was never seen again.

Many conspiracy theorists believe, as his debut album suggests, his disappearance may have involved alien abduction.

Guitarist of the Welsh alt-rock band Manic Street Preachers, Richey Edwards, disappeared on Feb. 1, 1995, at the age of 27.

Band members were reportedly due to fly to America on a promotional tour for their latest album, The Holy Bible. Edwards was last seen leaving London’s Embassy Hotel in the early morning of his disappearance. He reportedly drove past the airport all the way to his residence in Cardiff. It was there that he left his passport and credit cards and was never heard from again.

Two weeks after his disappearance, his car was found abandoned at a service station near the Severn Bridge. He was known to battle with depression, self-harm, and alcohol abuse, but reportedly those who knew him said they did not believe him to be suicidal. When a body never surfaced from the waters surrounding the bridge, Edwards and his story became shrouded in mystery.

Following his disappearance, several individuals reported spotting the musician at a bus station, or a passport office, at a market in India, or on an island somewhere. Nothing ever came of these claims and Edwards was declared dead in absentia on Nov. 24, 2008.

In an interview around the 25th anniversary of Edwards’ disappearance, his sister, Rachel, recalled a story he had written at the age of 13. A passage from the tale illustrates an escape over the Severn Bridge. “Reading the story about the Severn Bridge really took me aback and struck me as something that couldn’t really be ignored,” she described. “To read these words from Richard at that young age echoing the stories that would surface later in his life was just astounding. To be 13 years old and to view the bridge in that way was incredible, especially considering what was to come years later.” 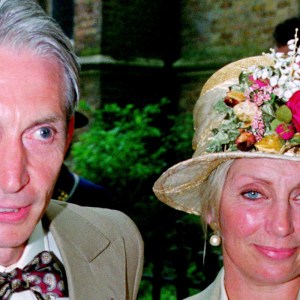 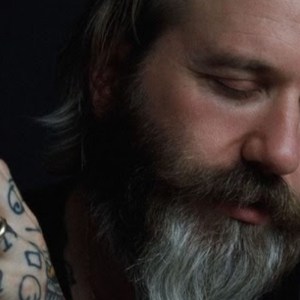