Harry Styles took his first crack at writing for his group One Direction by contributing three songs to the group’s 2011 debut Up All Night—”Taken,” “Everything About You,” and “Same Mistakes”—and remained a songwriting fixture, along with his fellow 1D members, writing on their next four albums. By the time One Direction was releasing its third album Midnight Memories, Styles had co-written “Right Now” with Ryan Tedder, “Happily” with Savan Kotecha and Carl Falk, and “Something Great” while Gary Lightbody of Snow Patrol and Jacknife Lee, along with No. 1 hit ballad “Story of My Life.”

Releasing his self-titled solo debut in 2017, Styles is credited on each of the 10 tracks, including the melancholic hit “Sign of the Times” with Jeff Bhasker, Mitch Rowland, Alex Salibian, Tyler Johnson, and Ryan Nasci, and has continued to have a hand in every song on Fine Line in 2019—featuring hit “Watermelon Sugar,” co-written with Thomas Hull, Tyler Johnson, and Mitch Rowland—and the 13 songs on the 2022 release Harry’s House, including “As It Was.”

Beyond his contributions to One Direction and his own expanding catalog of music, Styles has also co-written songs for everyone from Ariana Grande, Michael Bublé, Bleachers, and more—along with several unreleased songs “Not Our Fault” for Gavin DeGraw, “Make It Feel Right” with Irish rockers Kodaline, and San Diego band Augustana’s “Better than Being Alone.” (Styles has also been linked as a composer on several unnamed tracks with Taylor Swift, Bruno Mars, and Max Martin.)

Here are five songs Harry Styles has written for other artists.

1. “Just A Little Bit of Your Heart,” Ariana Grande (2014)
Written by Harry Styles and Johan Carlsson

I don’t ever ask you where you’ve been / And I don’t feel the need to / Know who you’re with / I can’t even think straight but I can tell / That you were just with her sings Ariana Grande on the tender piano ballad “Just A Little Bit of Your Heart,” off her second album My Everything. Also featuring a collection of co-writers and producers, including David Guetta, Max Martin, Ryan Tedder, Benny Blanco, and more, the aforementioned track was one Harry Styles and collaborator Johan Carlsson wrote for Grande.

Though Alex & Sierra (Alex Kinsey and Sierra Deaton) only released one album together, It’s About Us, before breaking up, the former X Factor (U.S.) contestants worked with a number of collaborators on their sole release, including Harry Styles—a fellow X Factor UK alum—who contributed the bittersweet breakup ballad “I Love You.”

I fell in love with a beautiful girl and she still takes my breath away
I fell in love in the morning sun, while the hours slipped away
Sometimes when I hear your name, a smile creeps on my face
And for reasons I can’t explain, it’s never out of place

On Michael Bublé’s ninth album, Nobody But Me, the Canadian crooner brought in several co-writers. Featuring nine covers—including Van Morrison’s “Crazy Love” and the Beach Boys’ ‘God Only Knows” and “This Love of Mine” by Frank Sinatra—the album also has three original tracks, including lead single “Nobody Like Me,” featuring Black Thought and “I Believe in You,” both co-written by Bublé. The first song Bublé didn’t have a hand in writing within his catalog, the pop-tilted “Someday,” co-written by Styles and Meghan Trainor (and also features a duet with Trainor) and reached No. 10 on the Adult Contemporary chart.

Harry Styles, Bleachers’ Jack Antonoff, and singer-songwriter Ilsey Juber co-wrote “Alfie’s Song (Not So Typical Love Song)” which was performed by Bleachers for the soundtrack of the 2018 film Love, Simon, starring Jennifer Garner, Nick Robinson, and Josh Duhamel. Based on the 2015 book Simon vs. the Homo Sapiens Agenda by Becky Albertalli, the film follows the story of a gay teen who falls in love with a classmate online before learning their identity.

Styles has even dipped his toes into writing country—co-writing “Changes,” off Cam’s second album The Otherside. The album also features tracks written by Jack Antonoff, Sam Smith, and the late Swedish producer and DJ Avicii (Tim Bergling). For Cam, Styles co-wrote the pensive “Changes,” a song about outgrowing people and places. “The song has this ache of when you’ve grown too big,” said Cam, “or you’ve outgrown your hometown and some of the people you’ve known for a long time.”

There is a town, somewhere down a country road
I see it now, I take it everywhere I go
The river sways, I can almost hear it now
As if to say, “You’re not the only one who wants a way out” 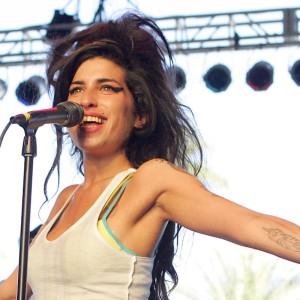 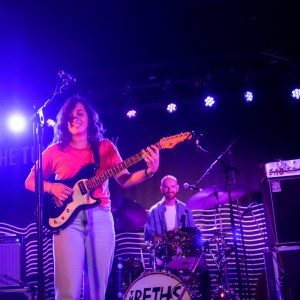