Throughout his nearly 30-year career, Rob Thomas has written a collection of hits from the early ’90s —Matchbox Twenty‘s 1996 debut Yourself of Someone Like You, with hits “Push” and “3 AM,” “Real World,” “Back 2 Good,”— and more through the band’s subsequent multi-platinum releases and chart toppers, “If You’re Gone,” “Mad Season,” “Unwell” and “Bent,” and a deeper collection of songs with his solo material.

For more than 20 years, Thomas, who is an American Songwriter 2022 Song Contest judge, has also lent his words to other artists, writing the 1999 mega-hit “Smooth” (with Itaal Shur) for Carlos Santana’s Supernatural—the pair reunited again 22 years later for “Move”—and writing for a number of projects and artists, including songs for Willie Nelson, Mick Jagger and more.

“The germ comes in the same way,” Thomas told American Songwriter of capturing a new song. “You’re never really responsible for it. You’re just kind of sitting somewhere, and you hear this thing. I always think of it as a radio station that’s just above my head. Sometimes I tune into this melody and I’m like, “Oh, I like that.” And then I’m like, “what is that?” Oh, that’s me, and it’s nothing yet.”

Thomas added, “I think the only trick is inspiration. It’s always part inspiration, part craft. So the inspiration part is the same, and you’re lucky when you have it. You’re thankful when you get it.”

Thomas has received three Grammy awards, 13 BMI Awards, in addition to the first-ever Starlight Award from the Songwriters Hall of Fame in 2004 for his songwriting.

To celebrate the peripheral of Thomas’ solo and Matchbox Twenty catalog, here are five songs he wrote for other artists.

When Mick Jagger was working on his fourth solo album, Goddess in the Doorway, he called upon some friends: Bono, Pete Townshend, Joe Perry, and Lenny Kravitz. All made their own musical contribution, vocally, musically, or with words to Jagger’s release, including a more pop-fused offering from Rob Thomas, “Visions of Paradise,” a lighter rumination on the aches and pains love—Don’t tell me when something is beautiful / And don’t tell me how to talk to my friends / Just tell me the names of the stars in the sky / What’s your favorite song / Tell me the names of the lovers you had / Before I came along.

Off Marc Anthony’s sixth solo album, and second in English, Mended, the album, which debuted at No. 3 on the Billboard 200, features the dance-y Rob Thomas- and Cory Rooney-penned “Tragedy.” Prior to releasing Mended, Anthony also shared the Spanish version of the song, “Tragedia,” on his fifth album Libre in 2001.

The third studio album by country singer Pat Green, Lucky Ones produced three singles for the artist that hit the country charts, including “Don’t Break My Heart Again” (No. 21) and “Somewhere Between Texas and Mexico” (No. 42). The third track, “Baby Doll,” reached No. 21 and is one of two songs on the album written by Green and Rob Thomas. The pair also co-wrote “My Little Heaven.”

“‘Move’ came about very much like how ‘Smooth’ happened,” said Santana. “It was like divine intelligence behind the scenes, and I just knew I had to record it with Rob. The song is about awakening your molecules. Ignite and activate yourself… you know, move. When Rob and I work together, we have a sound that’s splendiferous.” 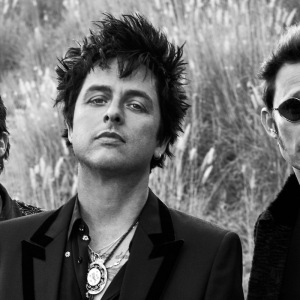